By Ankita Joshi and Jose Medina

MINNEAPOLIS, MN – The trial of former Minneapolis police officer Derek Chauvin Tuesday took a brief break from five days of jury selection to instead hold a short hearing on a defense request to include evidence from George Floyd’s May 2019 arrest, out of earshot of the partially-chosen jury.

Earlier in the trial, Judge Peter Cahill had already ruled in favor of the prosecution to suppress evidence from George Floyd’s arrest on May 6, 2019 on the basis that it could add a prejudicial element to the trial.

However, the defense requested Judge Cahill reconsider his decision in an effort to establish that Floyd operated under a modus operandi of ingesting drugs when arrested.

Defense attorney Eric Nelson began by outlining that in January 2021, new evidence of drugs was found in the back of the squad car that Floyd was held. When tested, these substances were found positive for Floyd’s DNA as well as methamphetamine and fentanyl.

During the 2019 arrest when Floyd was hospitalized, Floyd was warned by doctors that his drug use could result in death, as it resulted in extremely high blood pressure and the risk of a heart attack.

Nelson used this evaluation by the paramedics to draw parallels between the May 2019 arrest and the May 2020 arrest, and contended that Floyd had a modus operandi that always resulted in

“hospitalization instead of incarceration.”

And while Judge Cahill responded to the defense by stating that it was the responsibility of Chauvin to treat Floyd “as-is,” regardless of previous history, he also considered the paramedic evaluation as possible new evidence.

As deliberation continued, Assistant Attorney General Matthew Frank brought up Minnesota Court Rule 404(b), which prevents evidence of another crime to establish character. Frank argued that the defense was using Floyd’s addiction to ruin his reputation in court, and paint Chauvin in a more favorable light.

Frank held the position that inclusion of evidence from Floyd’s 2019 arrest is “prejudicial because it persuades through illegitimate means,” and appealed to the judge to maintain his original ruling in the matter.

The deliberations over this request ended with Judge Cahill stating that he would take the arguments under advisement until Wednesday, March 17. He also expressed that some aspects of the May 2019 arrest may be included, while others may be excluded in the following trial proceedings.

After a 20 minute recess following the pretrial motions, the jury selection process resumed from yesterday.

Seven jurors in total had been selected over the last week, and seven more plus two alternatives still need to be selected.

As it turned out, no juror was seated during the afternoon session, either.

The first potential juror addressed, Juror 63, was excused by Judge Cahill on the basis of hardship. She was a substitute teacher filling in for someone on maternity leave, and the trial created a conflict for her since she wasn’t sure if the school district she worked for could find a replacement for her.

The second potential juror, Juror 64, worked for a software development company that is employed for a major news company. As a result, he was regularly exposed to the many headlines dedicated to the Chauvin trial.

Most recently, Juror 64 was made aware of the $27 million settlement by the city to Floyd’s family, and could not guarantee that he would be able to stay unknowledgeable about the different elements of the trial as it continued.

Based on the above reasons, Juror 64 was excused by Judge Cahill for cause.

The next juror, Juror 66, made it very clear that she did not want to be a part of Chauvin’s trial and did not think that she could remain impartial. She, additionally, recognized a name on the witness list that was a co-worker’s partner.

Judge Cahill excused Juror 66 on the basis of hardship; she was also in the process of moving, and had a child under one that she did not want to be away from.

In contrast to the other jurors, Juror 67 was thoroughly questioned on his previous history with the police.

Juror 67 relayed to the court that his parents got into intense arguments when he was growing up, which often resulted in him or his sister calling the police. Additionally, Juror 67 had experiences with the police where they were “verbally forceful” towards him and his friends.

Upon further questioning, Juror 67 also relayed that he was “for life, both black and blue,” though he did not know much about the BLM organization.

Judge Cahill excused Juror 67 due to his previous experience with the police.

The last juror for the morning session of jury selection, Juror 69, was also placed under a period of extensive questioning by defense attorney Nelson.

Throughout the questioning, Juror 69 stated that he would take jury service seriously, but had also documented in his questionnaire that he believed Floyd was murdered and viewed Chauvin in a negative light.

Nelson used his 11th strike to remove Juror 69 from the jury selection.

The morning session of jury selection ended with Judge Cahill granting approval to the defense to interview the already seven seated jurors to whether they were exposed to information about the $27 million settlement. These interviews will be held on Wednesday over Zoom

Judge Cahill also denied the defense’s request for a full sequestration of jurors during the trial.

Lastly, Juror 73 was called in by the court and was excused from the jury panel after revealing his bias towards police officers on the question of credibility. He admitted that he was reluctant to be selected as a prospective juror when he first found out, telling Nelson that “I didn’t really want to be involved.”

Juror 73 answered “no, it’s just that since this is a long trial I probably will be missing out on earning a lot of money” revealing that he has a real-estate business and that the trial is taking place during a busy time for the housing market.

Nelson said, “it would be an inconvenience then, with all due respect, I don’t think that qualifies as an undue hardship.” He added “if you were to serve as a juror it would be fair to say you can make it work right?”

With a half-hearted chuckle, Juror 73 agreed that he would be able to make it work “begrudgingly.”

When asked where he has heard of Chauvin’s and Floyd’s pasts he said, “I’m sure it was the media where I heard that.” Despite his negative impressions based off of what he’s heard of both Chauvin and Floyd he reassured Nelson that he can still be impartial.

Nelson then asked Juror 73 what he thought were the differences between protests and riots.

He apathetically answered, “I think it’s pretty self-explanatory, I’m not big into protests either, I’ve never participated in one and never planned on going one and I guess riots I don’t get why people would destroy their own city.”

Additionally, he was then asked about his views on Black Lives Matter and Blue Lives Matter to which he answered “no opinion at all. I don’t really pay that much attention, I rarely watch the news media at all, I just watch sports.”

Frank questioned Juror 73 on his friendships with police officers where it was revealed that one of his best friends is an officer, who he said he met as a “client about 20 years ago,” and that he talks to him “about once a week.”

Noting that this juror could have a potential bias towards police witnesses Frank asked him “imagine you are a juror and hearing testimonies one person wears the uniform and has the training and the other person is just simply a bystander on the street, knowing yourself as you do, who would you believe?”

Without a second thought the potential juror answered, “yeah, well, naturally, I’d believe the police officer,” adding “they have more experience and they’re trained to deal with whatever is going on compared to a person walking down the street and all of a sudden seeing something happen.”

His answer raised a couple of eyebrows in court, setting the stage for the juror’s eventual dismissal from the panel.

Suspecting that the juror’s relationship could play a role in his bias towards police testimony, Frank asked him if he would tend to believe police testimony more due to his officer friend.

Oblivious to the court’s concern of the juror’s impartiality, he calmly answered “maybe, possibly.”

Before making a final decision, Judge Cahill tested the fair-mindedness of Juror 73 by asking one last question: “Do you think that police officers are inherently more honest, more likely to tell the truth, than not lie?”

The juror confidently answered, “I believe so,” thus putting the final nail in his coffin – Judge Cahill excused the juror from the jury panel and wittily added “so we won’t dig into your business for this month.” 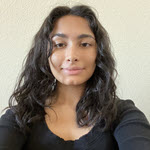