According to the new probation reform law in California, Assembly Bill 1950, a period of probation for a misdemeanor is now restricted to no longer than a year. This means that Zamora, who was sentenced on December 12, 2019, should have ended his probation by the end of 2020.

Despite this, Deputy District Attorney Jennifer Flores insisted the court extend Zamora’s probation since he failed to complete his sex offender counseling sessions and, therefore, failed to comply his probation agreement.

After listening to Flores’ arguments, Judge Burgess ruled that because the new law makes Zamora’s probation expired as of Jan. 1, the court no longer has discretion to extend his probation period.

During this hearing, Flores presented two main reasons as to why the court should be allowed to extend Zamora’s probation.

For one, she argued that, despite AB 1950, the court is authorized to consider the facts of the case at hand, including the nature of the offense and the level of compliance to the probation

agreement, in order to determine whether or not to terminate someone’s probation.

As for Zamora’s case, Flores pointed out that Zamora only completed nine of 52 weeks of sex offender counseling classes, making his probation service incomplete.

“The defendant was given the benefit of his bargain and an opportunity to prove to the court that he could rehabilitate himself when sentencing was continued out a year,” Flores stated. “And he failed to do so.”

And although AB 1950 retroactively applies to Zamora’s case where he would only have to serve one year of probation, Flores argued that the bill may allow the court to grant an exception to his case.

“When you look at the face of the bill itself,” Flores said. “It is riddled with the words ‘may’ as opposed to the use of the word ‘shall,’ which indicates pertinent expression in cases like this where the defendant failed to comply with terms of probation.”

She added that due to the nature of Zamora’s sexual offense and “the facts stimulating in this case, which poses a threat to the public, victim’s safety, and a person who is in a position of power through his employment,” the court is authorized to take these into consideration when determining whether to terminate someone’s probation.

Flores then argued that extending Zamora’s probation would only fulfill the purpose of AB 1950 rather than go against it, since it would be in the defendant’s best interest to rehabilitate himself.

She demonstrated that since this motion has been filed, Zamora completed seven more weeks of sexual offender classes which “shows that the court’s presence in the defendant’s life inspired him to follow the path of rehabilitation.”

And while it is the prosecution’s interpretation that the intention of AB 1950 is to “rehabilitate people who have been trapped in the criminal justice system,” Flores requested the court to keep the defendant in probation and “allow him to finish these counseling sessions as he agreed.”

Judge Burgess responded to Flores’s points, stating that Zamora’s probation is already expired by operation of law and, therefore, the court does not have any discretion to “keep it a longer probation.”

Burgess told Flores that if she had the ability to issue a criminal protective order, she would. However, because the probation has already expired, “the court is without jurisdiction to issue [one].”

Zamora’s defense attorney, Ben H. Perlmutter, further assured Flores that, given it has been four years since the defendant’s crime where he last contacted the victim, she can take some solace in the fact that “this guy is never ever going to talk to this person again. Nor is he going to be able to find her.”

However, Flores didn’t give up on her request.

She insisted that “the People are just asking to uphold the negotiated disposition between the People and the defendant,” who agreed to complete all 52 weeks of his sexual offender counseling sessions. She also claimed that the People would have filed a petition to revoke Zamora’s probation before it expired with the passing of AB 1950, but they failed to do so.

Judge Burgess contested Flores’s claim, indicating that the People would not have any basis to have known about Zamora’s probation violation.

“Because the law was passed, the completion date was in February, it’s not like you’re going to go through every single one of thousands of cases and try to determine proactively if there’s some potential violation of probation ahead of time,” said Burgess.

Looking through the files, Burgess said that since the defendant’s sentencing, there was no request by the prosecution to extend probation for Zamora.

She added, “There was no violation of probation nor was probation revoked ahead of time, nothing like that. It gets the retroactive effect and by Jan. 1, it would have expired. And that’s where we are.”

Perlmutter agreed with the court’s analysis; however, Flores reluctantly submitted as long as Zamora’s report reflects that his probation is incomplete. Judge Burgess agreed to include that note in the record, and, with that, she concluded the hearing. 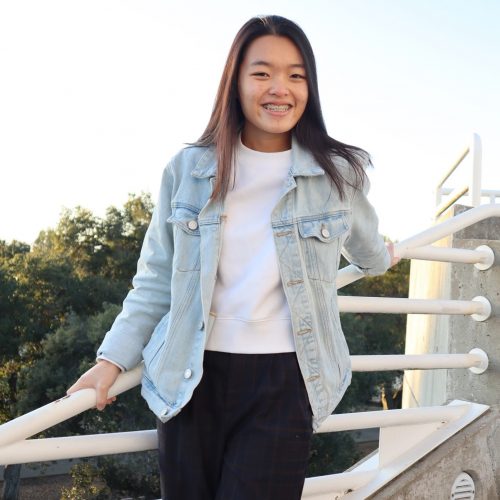 Share:
Tags:ProbationRiverside Court Watch
Previous : Student Opinion: The United States And Mental Health
Next : Lending an Ear to International Students: What They Need from Campus Administrators During COVID