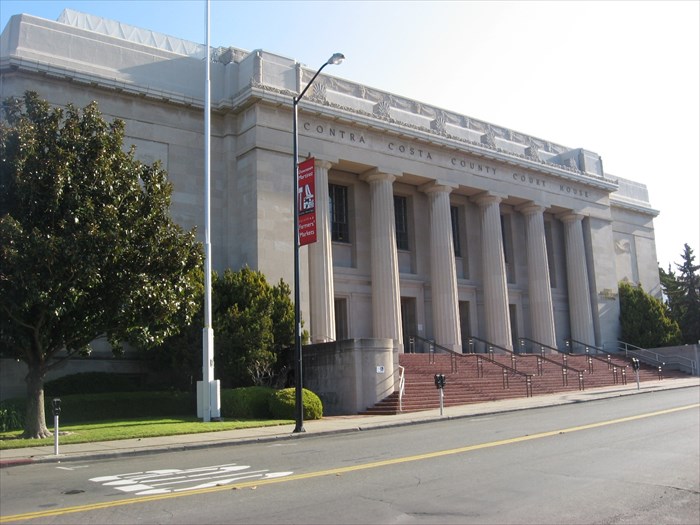 MARTINEZ, CA – Although accused of attacking several people, the court here in Contra Costa County Superior Court last week granted the release from jail of a homeless man who could not afford to pay any bail at any amount.

Michael Stafford entered a “not guilty” plea to his assault charges, and was released from custody without bail because he “lacks financial resources to pay for bail” said the public defender’s office.

Stafford was involved in an altercation with two other homeless individuals. He allegedly inflicted injury to one victim, causing him to bleed out of his mouth and chin, and then is accused of verbally threatening the other victim by claiming he would kill her.

Stafford’s public defender appeared in court through a 977 waiver (Penal Code section 977 allows a defendant to waive appearance in court). He moved for Stafford’s release through OR (release on his own recognizance, and defendant does not have to pay bail).

He explained Stafford’s lack of housing and inability to pay for bail.

Deputy District Attorney Lindsey Williams immediately objected to the OR request, noting, “The charges in this case are very serious and I looked at Mr. Stafford’s criminal history and it’s pretty lengthy,” she said.

She reported the defendant’s past convictions of burglary, DUI, and resisting arrest, arguing, “I think the conduct and his criminal history and the case that he is a danger to society … I do not believe that he should be OR’d.”

Upon hearing DDA Williams’ objection, Judge John Devine inquired about the facts of the case.

Apparently, according to the DDA, Stafford and the two victims lived in the same campsite, and supposedly, without the approval of the alleged victims, Stafford sat in one of their chairs. When they discovered he was sitting in their chair and asked why, “Mr. Stafford got up, punched one of the victims in the face,” the DDA said.

Then, said the DDA, “Mr. Stafford then picked up a chair and swung it at that same victim… and hit him with that chair.”

This incident caused the other victim to run down to a car, get inside and lock the door. The prosecutor said Stafford then followed her to the car and yelled that he’s going to kill her, leaving the victim terrified.

Teh public defender repeated his request for OR, explaining Stafford is homeless and has not been able to find work due to COVID-19.

Defense counsel acknowledged the events as truthful and stated, “Yes, he is homeless. Yes, he is dealing with other people who are also homeless. Believe it or not this is how life is when you’re homeless, you don’t really get along with people you come across.”

He reassured the judge that “they don’t hang around each other, they just happen to come across each other. As far as I know, my client is homeless and I don’t know anything else, and that I don’t understand why they would come into contact with each other.”

Judge Devine granted Stafford OR release, and agreed to issue a protective order so the defendant will not be in contact with the victims.

Stafford’s pretrial conference is set for April 19 via Zoom.

Tanya Decendario is a third-year student studying Legal Studies at UC Berkeley. She is originally from Sonoma, CA, but currently resides in Albany, CA.