VENTURA—A witness was called in to testify at the Superior Court of Ventura County regarding the stabbing of a male in Thousand Oaks, though her jitteriness and moments of anger led to the court to discredit her testimony.

The defendant, Antonio Alex Cardenas, is charged with a felony for stabbing someone and two misdemeanor charges for violating probation.

The witness claimed to have only known the defendant for two to three weeks before she witnessed the fatal occurrence that went down with her neighbor.

Based on the testimony of the witness, she had been accompanied by the victim when a vehicle approached them in the alley behind the witness’ apartment complex.

A white Toyota Camry “started to drive down the alleyway while it was raining… it didn’t just drive slowly, it drove quickly and it was literally right there… then [the defendant] got out of the car,” said the witness.

The initially unidentifiable man exited the vehicle,“he didn’t say or ask anything, just stabbed [the victim] with a large knife… he took it from the side and whacked it directly into his skull,” the witness testified.

The witness said that the man was initially unidentifiable due to the rainy weather, it being 12 A.M. and the dark clothes that the individual had been wearing. These same clothing items, later identified by the witness, were found near a trash can in the front of her apartment complex.

Though the witness did not see Cardenas place his clothes at the aforementioned spot, she claimed that cameras set up in that area would attest to the fact that he had indeed left his bloody clothing items there.

She proceeded to say that she was able to identify the male to be the defendant because the vehicle that approached them had a missing headlight, as did his vehicle, and the individual had been wearing the same fisherman’s hat and boots that she had seen Cardenas wear multiple times before.

She stated, “I was debating whether or not I should call the cops…I thought this isn’t happening, this isn’t real… this can’t be happening… why would someone do something like that?

“It was dark and rainy and it was late and I couldn’t understand what was going on…there was no way that a guy would come out of nowhere and just stab someone like that,” added the witness.

While the witness expressed the fear and stress she has had to cope with since the incident, she claimed that she still does not understand why Cardenas would kill an innocent stranger. She attributed the attack to have stemmed from his jealousy and territoriality over her.

The witness then added that her respiratory illness, acute sinusitis, is what has made the process that much harder.

Following the mention of her brain injury, Assistant Public Defender Rebekah Mathis began to question her mental stability as well as to inquire about her past and current use of illegal substances, like methamphetamine.

The witness laughed at the comments made by Mathis. “I have a lot of problems and you should stop asking me questions… you’re being extremely rude you don’t know me… I am not the victimizer here, you are avoiding the subject matter there,” responded the witness.

“Just because I do drugs doesn’t mean he hasn’t, I knew right away that this person was going to destroy me and… everything I come from” responded the witness as she was questioned.

Yet Mathias proceeded to ask the witness when the last time she used methamphetamine was, and if she had used it within her home before.

“My head is spinning because this woman can’t take my f***ing answers… you are making a person who has already lost everything and went through hell to get it back and are just pushing her buttons…” responded the witness.

The witness was dismissed from the courtroom at the end of her questioning—after multiple 15-minute breaks between her distressed outbreaks throughout the hearing.

Judge Michelle Castillo stated that the witness’ “answers appear paranoid at times, [she has] jerky movement throughout her testimony, [the] facial area near her mouth has numerous sores, [she was] twitching pretty much every second… [she] spoke fast at times, then slowly at times and therefore her testimony is not credible.”

The deputy district attorney boldly acknowledged that the witness was “clearly high today,” yet her testimony cannot be discredited. He argued that, during a preliminary hearing, there “only needs to be a minimal amount of evidence” to hold the defendant to answer, and the People have satisfied that requirement.

Mathis argued that the “person who puts the defendant at the scene is the witness who was completely not credible… all over the place regarding what happened… seemed overly paranoid… maybe hallucinating, maybe under the influence of drugs on the day of the incident, and maybe today…”

However, despite the severity of the charges, while Judge Castillo “found that there was “insufficient evidence” to hold the defendant on Count 1 (the stabbing), she held him to answer on multiple violations of probation charges.

Cardenas’ next hearing is March 12. 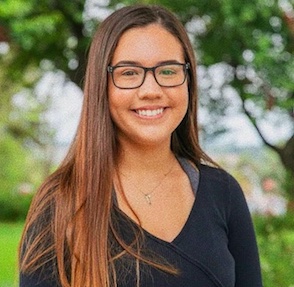