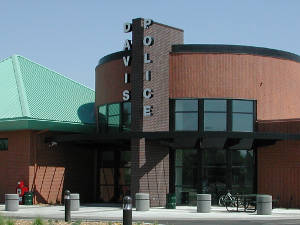 DAVIS — Conversation on how to fix the “toxic” relationship between Davis police officers and community members sparked between the Police Accountability Commission (PAC) and Police Chief Darren Pytel this week after Pytel commented on the stress of living as an officer in Davis.

Born and raised in Davis, Chief Pytel has served in the department since 1983 before being promoted to chief in 2015. The PAC originally invited him to present on the Davis Police Department’s recruitment and hiring process.

“Recruiting and hiring a police officer is a combination of a lot of rules,” Pytel explained. “Those rules manifest on a city, state, private, and federal level, and is overall a very legal process.”

Established in 1959, the Commission on Peace Officer Standards and Training (POST) is the entity that sets “minimum selection and training standards for California law enforcement.” Some of their requirements include intensive background investigations as well as psychological and medical evaluations. Age, education background and citizenship standards also determine a candidate’s qualification.

“The POST requirements, while minimum, they’re pretty intensive for the most part,” stated Chief Pytel.

Police academy graduates and lateral applicants–those who are currently working as police officers–are the primary candidates that the Davis Police Department considers. However, community recruitment, in which the department recruits through colleges such as UC Davis, has gained traction in recent years.

“For Davis, we really require a very, very clean background,” emphasized Chief Pytel. “If there is anything at all that is a problem, then we take a pass. That’s why we have had a persistent vacancy rate for so many years.”

The night took a dive into a more sensitive territory after Commissioner Dillan Horton pointed out that few officers actually live in the town that they are sworn to protect. “What do you think can be done to make more of our sworn officers be ‘Davis-site?’” he wondered.

Chief Pytel began by acknowledging that while it would be “nice” if more officers lived in Davis, “there are challenges.” The cost of living in Davis for a public employee is one, but not the primary issue. The biggest hindrance, he asserted, is actually the deteriorating relationship between the Davis police and the Davis community.

“In recent years, the anti-law enforcement rhetoric in Davis is pretty high,” Chief Pytel said. “And officers are really quite upset about how negative people are towards law enforcement.”

In a candid personal anecdote, he illustrated the reason why he and several other officers moved out of Davis after the “Picnic Day Five” incident, in which a violent brawl exploded between five Picnic Day attendees and three plainclothes officers:

“I got to tell you my name was trashed around so much. I started to feel extremely uncomfortable in my own community, with people saying things to me that were extremely inappropriate. And I didn’t want to be here anymore.”

Another challenge Davis officers face is balancing personal privacy and public transparency in an age where body camera recordings and police reports are public records.

Upon hearing Chief Pytel’s answer, commissioner Horton responded by recognizing the mounting need to close the “social and emotional distance” between the community and police officers.

Additionally, he clarified that while he and the community share concerns about “the future and direction and dynamics of policing,” those concerns “are not a reflection of indictment of individual officers as people.”

Several other commissioners, such as Mayor Gloria Partida, Robert Canning and Judith MacBrine expressed their sympathy for Chief Pytel’s experience. MacBrine even went as far as to reprimand those who would rather “[attack] his character” than addressing specific behaviors that can be changed.

“That is directly toxic,” she lamented. “And that’s something this community does a lot. There is a lot more bullying that happens around adults.”

Though empathetic in their response toward Chief Pytel’s earlier comments, the commission also made a point of acknowledging that it is not just officers who have suffered from this “toxic” police-community relationship.

Commissioner Cecilia E. Greenwald highlighted that though there are “dedicated” officers in the department, there are also “some that were not a good fit for law enforcement.” These are the ones who have been accused of making “improper arrests” or targeting a “particular group–either students or people of color.”

The commission’s empathetic response apparently failed to resonate with some listeners of the public. One commenter called out Chief Pytel for “position[ing] himself as a victim,” denouncing his refusal to acknowledge his part in the Picnic Day Five as a callous dismissal of the “racism and discrimination felt by members of the BIPOC community in Davis.”

Despite the commenter’s disapproval of Chief Pytel’s views, they expressed hope that reforms can still happen, if the Chief hired more BIPOC officers as well as provided more mental health, crisis intervention, and trauma-informed training for his officers.

In regards to mental health, one public commenter noted that conversations on that subject have traditionally only been directed “one way,” towards the community. However, they are hopeful “that we will have at some point a public conversation about mental health access when it comes to police officers…acknowledging the stress that they are under.”

By the end of the presentation, the PAC, Chief Pytel, and the public commenters all seem to concur that civil dialogue between the Davis police and the Davis community is the right first step to bridging the two groups. How the city plans to achieve this, though, remains yet to be determined.

“I think we have really come back to a process tonight of communication,” reflected commissioner Don Sherman. “We are not opposite factions sitting across from one another with a desk between us. This can be the beginning of a process of dialogue where we’re sitting on the same side of the table.”