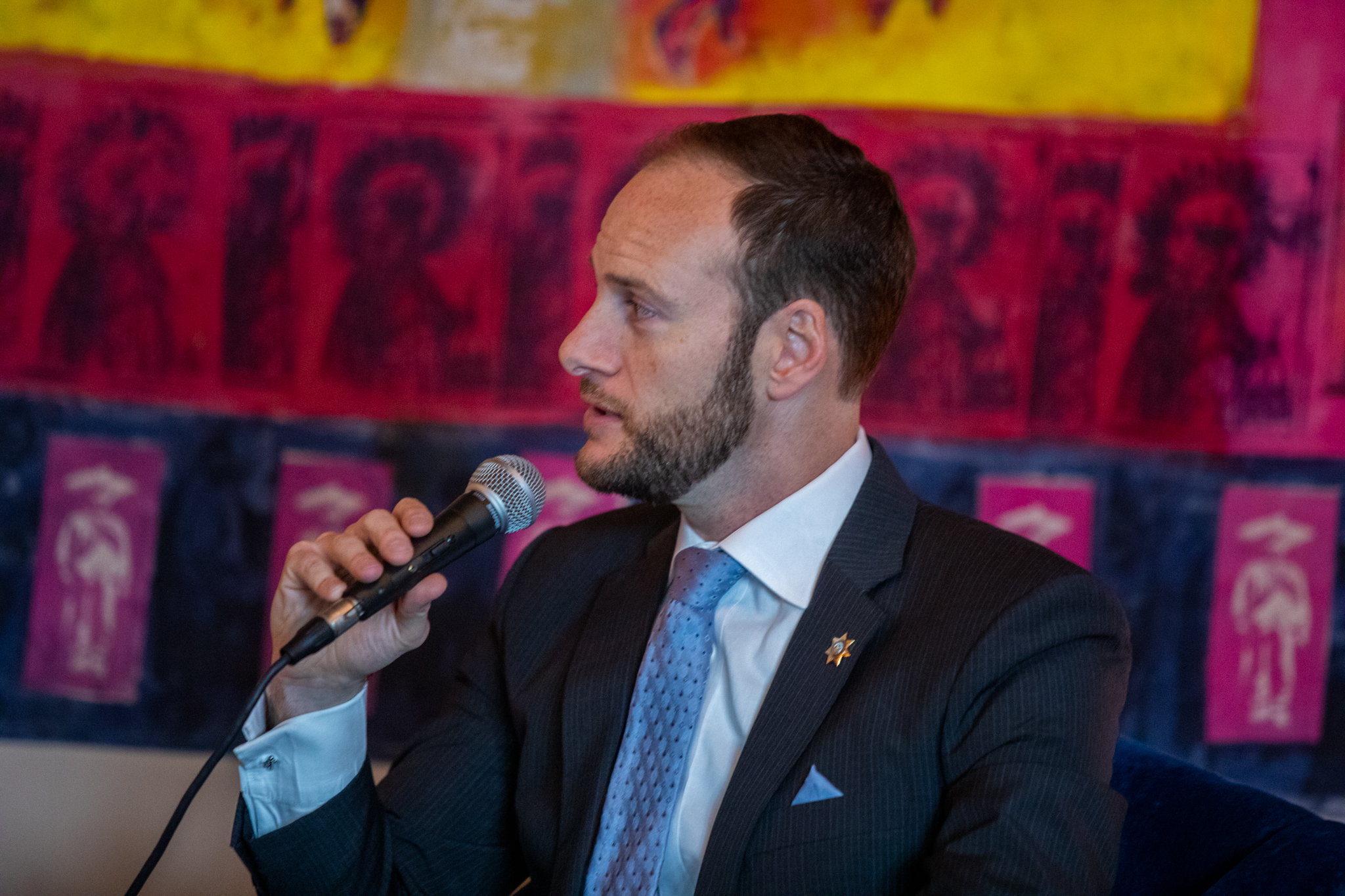 SAN FRANCISCO – Earlier this week, The Nation published a series of articles titled: “Parenting as a Radical Act of Love,” and San Francisco District Attorney Chesa Boudin authored the leading piece – “Across Prison Walls, I Felt My Parents’ Love,” an insightful and personal look into Boudin’s childhood with incarcerated parents.

The podcast tells the story of David Gilbert and Kathy Boudin, Boudin’s parents, who were arrested when he was only 14 months old on charges of a felony murder after participating in a robbery by driving a van.

Although neither of them were armed and did not intend for anybody to be hurt, the event ended with two police officers and a security guard losing their lives.

Under felony murder convictions, any person who participated in a plan which results in a death is considered equally guilty, regardless of who pulled the trigger.

Thus, although David and Kathy did not kill anybody, they were charged as if they had.

Boudin identified in his interview with The Nation, “It’s the only place really in criminal law where we don’t care about the person

He identified this as a serious issue, as intent matters enormously in criminal cases.

Boudin’s mother got a lawyer, and she was sentenced to 22 years in New York’s Bedford Hills Women’s Correctional Facility.

However, Boudin’s father opted to represent himself, and he received the maximum sentence of 75 years.

Unless something changes, he will not be eligible for parole until he is 112 years old.

Boudin recalled in a subsequent interview with The Nation that, “my earliest memories of [my parents] are after going through steel gates and metal detectors, just to give them a hug.”

Although he was not permitted overnight stays at his mother’s facility, it was relatively easy to visit.

The facility maintained a parenting center where visiting children could play with toys, use arts and crafts, and enjoy an outdoor patio during the summer.

Boudin’s experience visiting his father was starkly different. At first, he could only visit in rooms with long tables, where his father sat on one side and he was on the other.

However, as part of a family reunion program, his father was soon permitted ‘Trailer Visits.’ These visits allowed people serving long sentences with clean disciplinary records to have immediate family spend the night in a modular or trailer home within a prison.

Boudin participated in trailer visits twice a year, recalling that they were “the only reason why I have a relationship with my dad.”

Boudin’s main message throughout his interview with The Nation rang clear: his parents still loved and parented him, even with countless barriers in their way.

He spoke with them frequently on the phone, and his dad sent letters almost daily. He also emphasized in both the article and interview that his father in particular was always open and honest with him.

“There is no right way to tell your son that you participated in an armed robbery that resulted in three murders,” Boudin’s recalled in the article, and he later mentioned in the interview that, “we talked about the three men and their families, who would never be whole again as a result of this crime”.

Boudin emphasized that his experience is far from unusual.

According to Boudin, one in 12 American children will experience parental incarceration in their lifetime.

The impact of prison on children’s relationship with their parents is ignored systemically and socially.

Boudin underscored that, “No prison is set up for parenting. In fact, when we send people to prison, we usually ignore or minimize their other identities, particularly their identity as a mother or as a father. And it all gets subsumed within their identity as an inmate or a prisoner – a number.”

Boudin actually had a lucky experience with visitation.

In a research project published in Yale Law and Policy Journal, Boudin found that there was huge variation among visiting policies nationwide, and many are bordering on unconstitutional.

For example, Utah does not allow any language other than English to be spoken during prison visits, and a law in New Hampshire prohibited children from bringing toys to visits.

Many children also struggle to keep in contact with parents because mail is not often viable.

As Boudin’s father knows well, a single stamp can cost over an hour in prison labor wages. Additionally, incarcerated people are disproportionately likely to be illiterate or struggle with reading and writing, making letters extremely difficult.

Boudin also witnessed firsthand the issue of distance between incarcerated people and their families.

According to his interview with The Nation, 62 percent of parents located in a state correctional facility are over 100 miles away from their place of residence at the time of their arrest. Boudin himself had to fly from Chicago to the East Coast every time he wanted to see his parents.

Forced away from their parents with little to no support from their community or state, many children of incarcerated people suffer greatly.

Boudin admitted feeling “a sense of anger, a sense of abandonment, stigma” and even guilt at his parent’s incarceration, noting, “those are the kinds of things that often require therapy and restorative practices within the family to work through.”

However, many justice reform leaders, including Boudin, believe it is possible that the criminal justice system may begin to prioritize restorative justice to aid victims, incarcerated people, and their children alike.

Boudin continues to talk to his incarcerated father regularly, although he can no longer see him due to the COVID-19 pandemic – Boudin admits he’s been anxious about his father’s health and safety, although for now he has not contracted the virus. Even through these new circumstances, his father remains vigilant.

“Every Saturday afternoon when he calls, instead of complaining, he does what he has always done for me since that tragic day in 1981 – parent,” Boudin wrote, adding “my dad, David Gilbert – inmate number 83A6158 – has parented by living a life grounded in principle, in accountability, and in love.”