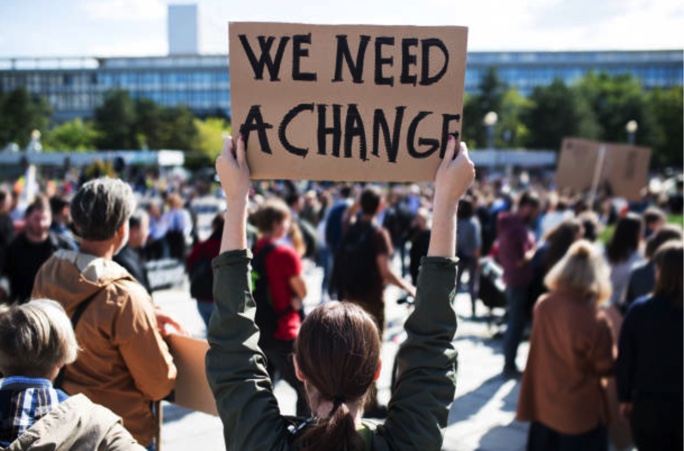 NEW YORK — Martin Gugino, a 75-year-old protestor who was brutally shoved to the ground by police has filed a lawsuit, according to court documents. The disturbing video went viral on multiple platforms last year, showing the gruesome clip of Gugino’s head bleeding as he laid on the ground, unable to move.

Gugino filed the lawsuit via the US District Court of the Western District of New York. He suffered from a fractured skull and a concussion, causing him to spend almost four weeks in the hospital. Gugino is seeking both economic and exemplary damages. Buffalo police officers Robert McCabe and Aaron Torgalski were named in the lawsuit. The two officers were charged with second-degree assault. However, the charges to indict McCabe and Torgalski were dismissed by the grand jury.

Gugino’s rights to peaceful assembly had been deliberately violated as the officers involved not only physically assaulted Gugino, leaving him while he bled out, but also abused their power of authority against the 75-year-old individual.

Brain injuries can cause a variety of problems. Not only is it immensely dangerous for any individual, especially the elderly, to suffer from brain injuries, but trauma to the brain can lead to blood clot formations that can cause a subdural hematoma.

The dismissal of charges not only disregards an individual’s constitutional rights but is a testament to the lack of protection that peaceful protestors are given. It is utterly offensive that Gugino’s fundamental rights as an American were blatantly violated.

Ruthless police brutality has been occurring for years. However, in recent years, bystanders have been able to document and share such tragedies across social media platforms much more quickly due to the vast majority of evolving technology and its ability to spread news at a quicker pace.

Gugino’s efforts to exercise his rights by participating in a protest for George Floyd demonstrated that the violence he faced himself was due to the incomprehensible brutality occurring constantly by police officers who abuse their power, which they use to their advantage.

Floyd was tragically and inhumanely murdered by former police officer Derek Chauvin, who kneeled on Floyd’s neck for eight minutes straight as he was cuffed, lying face down while the officers surrounding the scene proceeded to not do anything to stop him. Floyd was amongst many individuals who tragically lost their lives to police brutality.
Police brutality is still occurring.

This is a brutal and poor reflection of an unjust system that continues to ignore the changes needed to be instilled for social justice and human rights to prevail.

Moving forth, “We the People”, will only hold true, if and only if, the Constitution upholds the rights of individuals who were previously stripped of their voice and shunned of their rights.

Evidently, those who hold the power to mobilize such changes need to demand justice.
We, as constituents of society, need to demand change and continue to not oblige by the oppressive system that refuses to change, but learn from such heartbreaking incidents and stand against any racial or gender prejudice.

It is disturbingly and utterly disgusting to utilize one’s uniform as a free token to abuse the power of authority that comes with it. The forces used against Gugino were unlawful and unnecessary. The defendants violated Gugino’s constitutional First Amendment right to free speech and overlooked the safety of the plaintiff by negligently disregarding his age and safety.

McCabe and Torgalski both pleaded not guilty and have been released without bail.

Kristine Aramyan is a writer for the LA Vanguard’s social justice desk. She is originally from Los Angeles, CA and is a UCLA student on the pre-med route. In the future, Kristine plans to combine a degree in medicine and law.