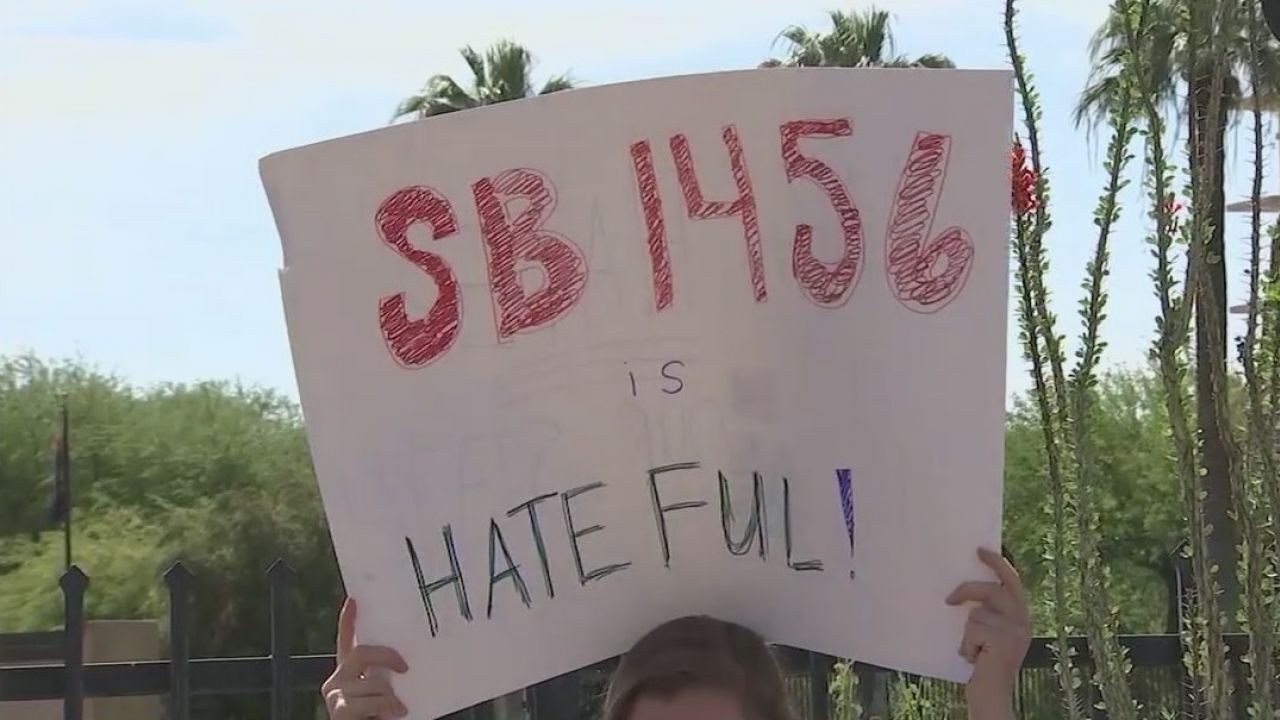 Last week, Arizona’s House passed SB 1456, a bill that would create more stringent requirements for school sex education programs. The vote was deeply partisan, with 31 Republican for the bill and 28 Democrat against, and currently awaits approval—or veto—by Governor Doug Ducey, a Republican.

The bill would mandate schools to seek additional opt-in consent from parents who have opted their children into their school’s sex-ed program before educators can provide “any instruction, learning materials or presentations regarding sexuality, gender identity or gender expression in courses other than formal sex education curricula.” It would also ban all sex ed before the fifth grade.

The primary sponsor of the bill is State Senator Nancy Barto, who was elected to Arizona’s House of Representatives in 2018. Sen. Barto and other proponents of the bill cited parental rights as motivation for the legislation.

“It solely protects a parent’s right to decide when their child is ready and what their child is exposed to through their school,” Senator Barto wrote in a statement to local news channel Tucson KVOA-TV. “It absolutely does not single anyone out. Everyone has a sexual identity. Everyone has a gender identity. And everyone exhibits gender expression in one way or another.”

Center for Arizona Policy, a conservative religious rights group, posted a statement to its website urging voters to petition the Governor to sign the bill. “A slim majority of Arizona lawmakers today affirmed a parent’s fundamental right to educate and guide the upbringing of their own children,” the organization wrote.

LGBTQ+ rights groups and political allies, however, have denounced the bill as unnecessarily restrictive and implicitly discriminatory.

Arizona Superintendent Kathy Hoffman released a statement in opposition to the bill and urged the Governor to veto it. “Two years ago, with bipartisan support, our state repealed the discriminatory law known as ‘no promo homo. With today’s passage of SB1456, our state has taken a giant step backward. This legislation is nothing short of state codified bigotry,”  wrote Hoffman.

“It sends the message that having an LGBTQ identity is not valid, or is less than,” said Sam Cloud, the president of the Arizona-based LGBTQ+ rights group Tucson Pride. “I am disgusted by this bill.”

ACLU Arizona stated on its Facebook page that the bill, “discriminates against the LGBTQ community…and threatens the health and safety of students.”

Studies also suggest that excluding LGBTQ+ coursework in sex ed programs makes it more likely for students in the community to experience hostile school environments and sexual harassment, which predispose them to mental health problems such as depression.

Additionally, participants in one 2018 study reported that sex education centered around penile-vaginal sex was unhelpful and left them unprepared for safe sex practices in nonheterosexual encounters.

Parents of LGBTQ+ students have expressed dismay at the bill’s passing by the House and held a protest last week outside of the Governor’s office.

“It brings controversy where controversy isn’t needed, and really what we need is inclusiveness and acceptance. I’m the parent of a non-binary, non-conforming child, and this bill will hurt my children.” said Tory Roberg, one of the parents at the protest in an interview with Fox 10 Phoenix.

Governor Ducey signed a bill in 2019 that repealed the state’s “no promo homo” law, barring the positive portrayal of nonheterosexuality in sex-ed programs. He called it “a common-sense solution,” and he has not yet stated his position on the current bill.

Sam is a Northern California native currently majoring in Spanish and Linguistics at UC Davis. Writing is a lifelong passion, and politics a more recent endeavor that invokes in her an immense fascination. Eventually, she hopes to work in government or other public services.