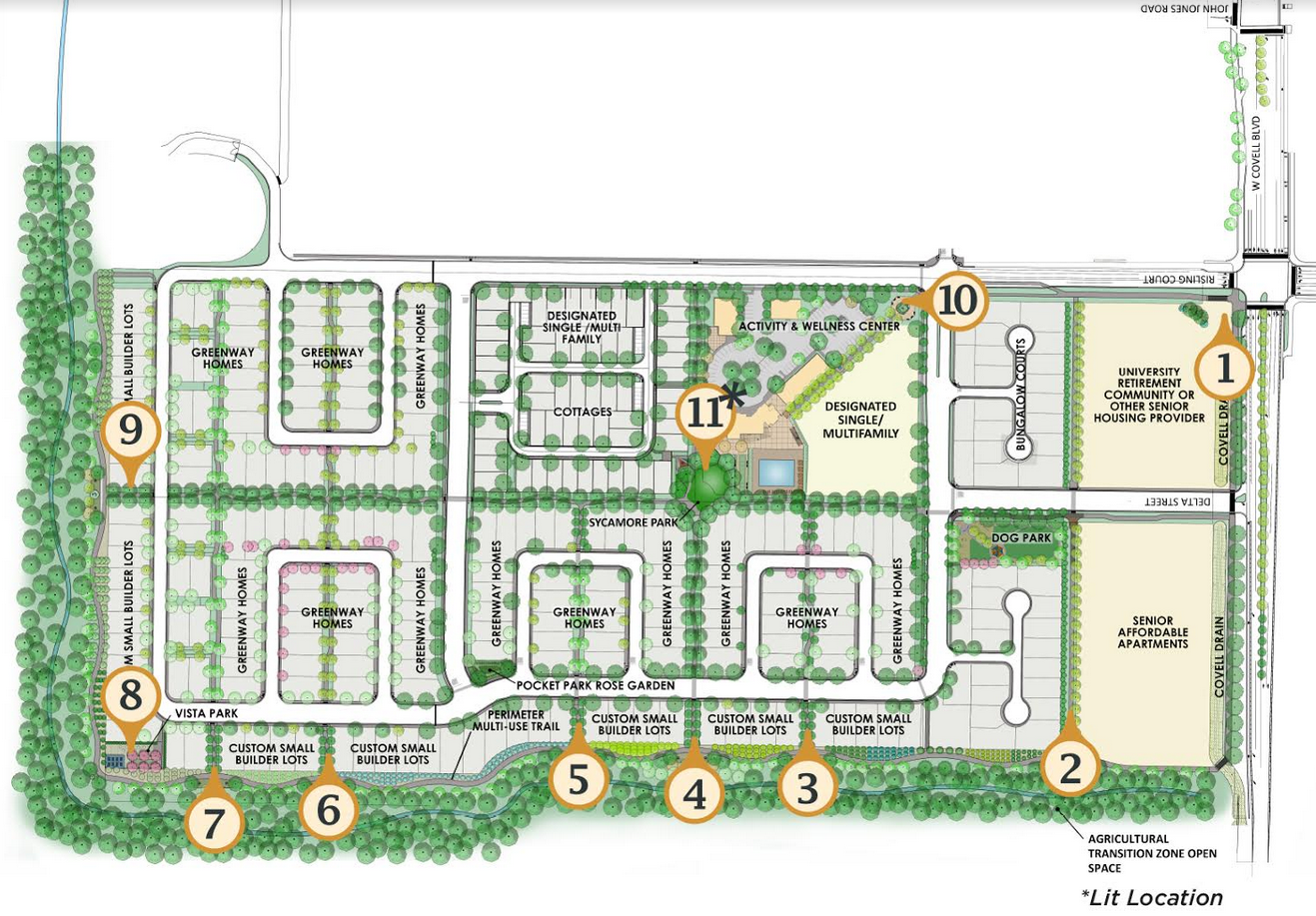 For better or for worse, the Cannery project has become the local poster child case on the laws’ unintended consequences and the need to ensure accountability by the city for project developers.  I was an opponent of the project as it seemed expensive and largely attracted Bay Area transplants rather than addressing local housing needs.

To be clear, there is nothing wrong with people from the Bay Area moving to Davis in search of more affordable housing, the issue rather is that we had existing internal housing needs that largely went unfulfilled by this project.

It is ironic that Bretton Woods is rapidly becoming the Cannery of Measure J projects because, in a lot of ways, the developer Dave Taormino designed the Davis-Based Buyers Program in an attempt to avoid the problems that befell Cannery.  Their hope was to create housing that people living in Davis could downsize to and thereby free up housing for younger families in other parts of town.

One of the problems is that it was never clear that the program they designed was ever going to pass legal muster and the city, rather than attempting to address that issue up front they simply cut off discussion—washed their hands of it… legally speaking at least.

The language in the development agreement was designed to both indemnify the city from future legal action and also ensure that the project and the program followed “applicable fair housing laws.”

As Assistant City Manager Ashley Feeney told me a few weeks ago: “This an applicant program that they elected to do and was included in the DA to ensure follow-through on the commitment as Dave Taormino continued to talk about it throughout the approval process but it was his program not something the City initiated.”

He said, “At the time of approval of the project, the City avoided taking on any approval or disapproval role over the program because of concerns that it can be difficult to operate a local

That being true, wouldn’t it have been better to have addressed these issues up front?

As it stands now critics are charging “bait and switch.”

Alan Pryor writes: “The Bretton Wood developer, David Taormino, is attempting to pull another bait and switch on Davis seniors by completely gutting the campaign promises he made to Davis voters committing to sell 90% of homes in the new project to Davis-based buyers.”

He charged “make no mistake about it, this newly proposed watered-down plan has so many loopholes in it that it will open the floodgates to advertising and sales to well-heeled Bay Area expatriates flush with cash from sales of their own inflated homes.”

Planning Commissioner Darryl Rutherford is probably closer to my view, “I don’t necessarily agree with some of the comments that this is a bait and switch, I think this is more of a project that’s trying to maintain fidelity to fair housing law but doing it in a way that’s pretty weak and lacking creativity and ingenuity in creating a program that a majority of voters I think were anticipating while addressing fair housing law.”

But, make no mistake, there is a real danger and I think the letter to the Enterprise by Elaine Roberts-Musser brilliantly points out the danger here.

The problem that the city faces is now the ballot language in the Measure L proposal: (the city needs) “an adequate housing supply to meet internal city needs … 90 percent of the home sales will be limited to Davis-connected buyers.”

The city itself said this of the project: “The project proponent has elected to develop a Davis-Based Buyers Program? that would restrict sale of 90% of the for-sale residential units to households that include a Davis resident, family of a Davis resident, Davis employee, student or graduate of Davis schools, or similar connection. The Development Agreement requires the developer to develop requirements and procedures for the program that ensure that it is consistent with all applicable fair housing laws. The developer is still in the process of preparing program criteria, which must be submitted to the City prior to the issuance of any building permits for the project.”

But Musser charges, “The developer has now reneged on that promise.”  She notes, “The plan is rewritten so anyone who has a marital status, or does/doesn’t have a family, or has a sexual orientation, or race, or gender, or some views on religion — doesn’t need a connection to Davis!”

As she writes, “The city refuses to prevent the evisceration of this program.”

There is a real danger here, as Musser herself articulates.  She writes that “anti-growthers will have the ammunition necessary to discourage development” and “citizens are unlikely to vote for another Measure R project.”

In other words, this becomes the Cannery of Measure J projects—the poster child for why we can’t trust the developers or, in fact, the city.

As Musser points out, “This issue is much larger than just Bretton Woods. It is a matter of basic fairness. Developers should be made to keep their word — it is a legal requirement of California election law.”

This is a real dilemma for the city.  Up until now they have punted on addressing these issues, but the council needs to step up and show some leadership or Elaine Roberts-Musser will be proven correct—the community will not be willing to pass future projects.

25 thoughts on “Commentary: City Needs to Be More Proactive on Bretton Woods”