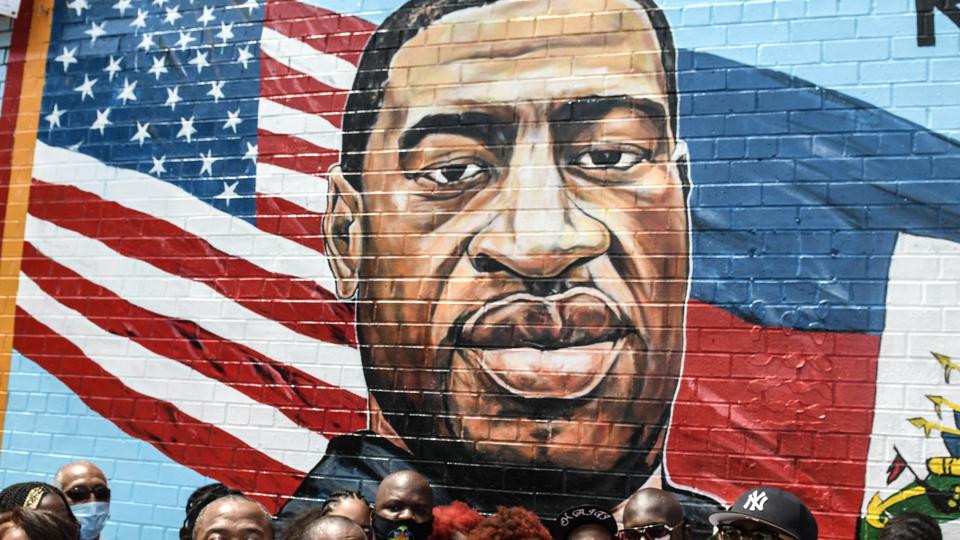 “Make sure it’s filmed, Shown on national TV, They’ll have no mercy, A legal lynch mob, Like the days strung up from the tree” – Ben Harper, “Like a King,” 1994

“The arc of the moral universe is long, but it bends toward justice” – Martin Luther King

Rodney King was beaten March 3, 1991, when an amateur who had just received a camcorder started filming the beating and then sent it to an LA news station.  We all know what happened—tried in front of a white Simi Valley jury, the officers were acquitted the following year and riots broke out.

For all the flaws in the system, the enduring legacy of Rodney King is crucial for understanding George Floyd.

First of all, we learned that it is hard to convict police officers.  In 1992, I was a naive freshman in college.  Like probably most people on the left at that time, I think I pretty much assumed they caught the cops on TV, they were going to get convicted.  It was an eye-opener when that didn’t happen.

Second, we learned the power of the video.  In 1992, we didn’t carry along videos on our phones, because most of us didn’t have phones and, even if we did, they didn’t have video cameras.  For decades Blacks in America complained of police brutality and whites, even well-intentioned whites, often were skeptical.  The Rodney King beating tore open that myth.

For me it set the stage—little did I know—nearly 15 years later for my understanding of police interactions with Black men.  In the revolution that would follow it was video—Oscar Grant, Eric Garner, Walter Scott, Laquan McDonald—all of these men would be killed by police, but because they were captured on video, lies were exposed and, at least in some of the cases, because of that a modicum of justice would prevail.

Prosecutors would not charge the officer involved in the death of Eric Garner, and in the case of Walter Scott a jury hung before he pled to federal charges.  In the death of Philando Castile, the

Justice has been uneven.  The moral universe has bent toward justice.  How many times in history have people like Emmett Till been killed with impunity and received no justice from our flawed system?  If you want to understand why the slogan Black Lives Matter is so resonant, then you need to understand that, for so long, Black lives did not matter.  Emmett Till was a rare case where the killers of a young black child were even charged with a crime, and the jury acquitted the killers so fast the only reason it didn’t take longer is they stopped to smoke a cigar before sending in the jury verdict.

Without the video camera and the vigilance of eyewitnesses to this incident the death of George Floyd would have been chalked up as a “medical incident.”

That is how the initial press release from the Minneapolis Police read.

May 26, posted by John Elder: “On Monday evening, shortly after 8 pm, officers from the Minneapolis Police Department responded to the 3700 block of Chicago Avenue South on a report of a forgery in progress.

“Officers were advised that the suspect was sitting on top of a blue car and appeared to be under the influence.

“Two officers arrived and located the suspect, a male believed to be in his 40s, in his car.  He was ordered to step from his car.  After he got out, he physically resisted officers.  Officers were able to get the suspect into handcuffs and noted he appeared to be suffering medical distress.  Officers called for an ambulance.  He was transported to Hennepin County Medical Center by ambulance where he died a short time later.”

You can call this account what you want, but it appears to me that there are a good deal of inaccurate statements here.  Without camera footage would eyewitness accounts have been enough to convict Derek Chauvin?  I doubt it.

As I pointed out yesterday in my commentary, there were two key points among many that really pointed toward guilt.  The first was that George Floyd told the officers that he could not breathe and, instead of taking this plea seriously, they were dismissive of it.

“That takes a lot of oxygen to complain about it.”

To me that was critical, because even if you believe that the use of force was necessary, Chauvin’s indifference at this point is inexcusable.

And it gets worse.

The officer continued “beyond the point that he had a pulse.”

Schleicher pointed out that “Officer Kueng can’t find a pulse.”

He argued: “Now, the greatest skeptic of this case among you, how can you justify the continued force on this man when he has no pulse?”

Once I saw that, I knew that the prosecution had this case won.  There is no defense here.  This looked like a slam dunk case, but creeping back into my mind was—would the jury see it that way?  Would the jury see a cop not acting according to the law, not attempting to preserve and protect human life, but rather acting in supreme indifference?

Could they get to second degree murder, however?  I know a lot of justice advocates are not comfortable with felony murder.  But even under California’s SB 1437, this would qualify.  (A) Chauvin was the actual killer.  (B) He acted with indifference to human life by not taking basic steps to make sure Floyd was okay.

Everything else was an attempt by the defense to muddy the water.  The problem is, even if you believe that Floyd died because of underlying health conditions, the officer not being responsive to breathing difficulties and then a lack of pulse is inexcusable.

Once a jury verdict was announced so soon, it was clear that they would convict on all charges.  Acquittal is going to take longer—although there was a slight chance they might have compromised on a single charge, and a hung jury would have taken much longer.

Some on the right believe that this will get overturned—I will say this again, it is really hard to get appellate courts to throw out convictions.  Really hard.  You would actually have to prove that the comments by Maxine Waters were heard, had an impact, and you would actually have to show that they were harmful to carrying out of a fair trial.  And then you have to show that the trial judge abused discretion by failing to declare a mistrial.

That’s just not going to happen and the bigger problem that the defense has is that the evidence here is just overwhelming.

The jury got this one right.  But the system itself needs to somehow fix policing.  This should not have led to the death of George Floyd, and no verdict is going to bring him back.  The road to justice is indeed long.  We took an important step 30 years after Rodney King.  But we have so far left to go.

2 thoughts on “Commentary: No Justice, No Peace”