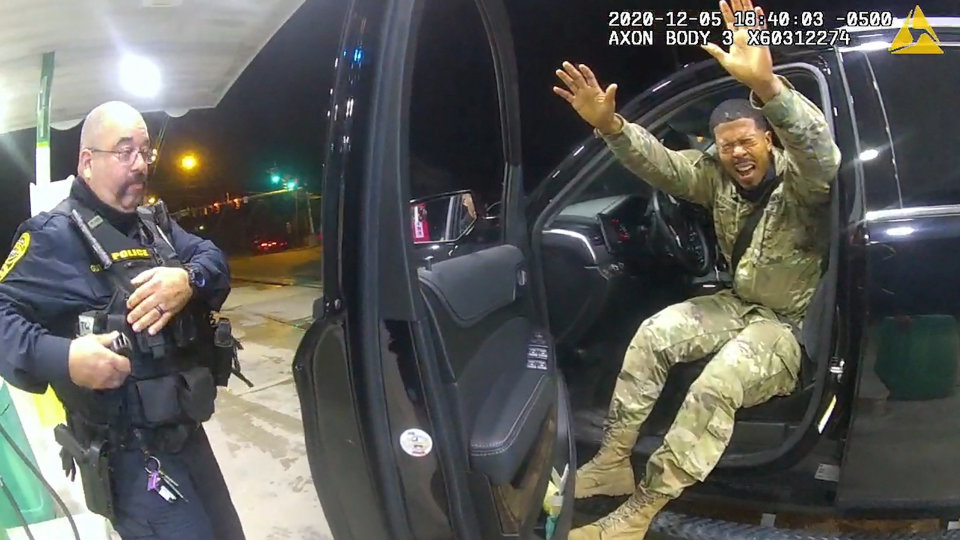 WINDSOR, VA – After a video involving U.S. Army 2nd Lt. Caron Nazario and police officers Joe Gutierrez and Daniel Crocker surfaced on the internet, Officer Gutierrez was fired, despite the police department having had possession of the video for months.

On December 5, 2020, Lt. Nazario was originally pulled over for a traffic stop, however both officers drew their weapons, pointed their guns directly at Lt. Nazario and screamed at him to get out of the vehicle.

“What’s going on? What did I do?” Lt. Nazario questioned.

“You received an order. Obey it,” Gutierrez responded.

“I’m honestly afraid to get out of the car,” Lt. Nazario stated.

“Yeah…you should be,” Gutierrez replied.

“I’m actively serving this country, and this is how you treat me?” Lt. Nazario claimed. After asking again what was going on, Officer Gutierrez emphasized “what’s going on is you’re fixing to ride the lightning, son.”

In the moments following, Gutierrez showered Lt. Nazario in pepper spray. Nazario began to cough and noted that his dog was “choking” in the back.

Before stepping out of the vehicle, Lt. Nazario proceeded to tell the officers that he was reaching for his seat belt.

Nazario continuously asked what was going on as the officers forced Lt. Nazario to the ground and handcuffed him.

“Lay down or I’m going to tase you” Gutierrez shouted.

“This is f**ked up” Lt. Nazario repeatedly stated.

The officers claimed that they pulled Lt. Nazario over because his newly-purchased Chevrolet Tahoe did not have a license plate—however, from the body cam footage, the temporary license plate is clearly visible in the rear window.

“What would have been a two-minute traffic stop turned into all this. I’m not out to hurt you and I know you don’t want to hurt me.” Crocker exclaimed.

Lt. Nazario explained that he wanted to wait to pull over until he could reach a well-lit area for safety precautions.

However, directly after he pulled over, he noticed that there were “guns blazing immediately.”

With “the media spewing race relations between law enforcement and minorities, I get it,” Gutierrez stated. “Happens all the time” and 80 percent of the time – not always – it’s a minority,” he continued.

Gutierrez gave Lt. Nazario two options. With the first option, Gutierrez offered not to charge him.

“Go do your deployment, go continue serving my country,” he stated.

The second option included the officers giving him a ticket for obstruction of justice for the failure to have a license plate.

“If you want to fight it and argue…if that’s what you want, we’ll charge you, have you go to court, notify the commander, do all that,” Gutierrez explained.

However, Gutierrez noted that “being a military veteran” he “did not want to see his career ruined over one erroneous decision.”

The police officers did not charge Lt. Nazario.

However, Lt. Nazario is suing the Police Department in Windsor, Virginia, alleging that the police officers violated his First and Fourth Amendments, while also partaking in excessive force, illegal search and seizure, battery, assault, and false imprisonment.

In Lt. Nazario’s complaint, he states that how the officers treated him is “consistent with the disgusting nationwide trend of law enforcement officers, who, believing they can operate with complete impunity, engage in unprofessional, discourteous, racially biased, dangerous, and sometimes deadly abuses of authority.”

The town of Windsor released a statement to shed light on the incident, noting, “at the conclusion of this investigation, it was determined that Windsor Police Department policy was not followed.”

Additionally, the statement mentioned that “department-wide requirements for additional training were implemented beginning in January and continue up to the present.”

They add that Gutierrez has been fired, however, the Windsor Police Department failed to initiate this termination until the video became viral.

“Rather than deflect criticism, we have addressed these matters with our personnel administratively, we are reaching out to community stakeholders to engage in dialogue and commit ourselves to additional discussions in the future” the statement concluded. 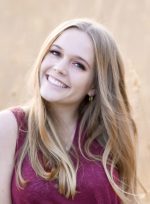