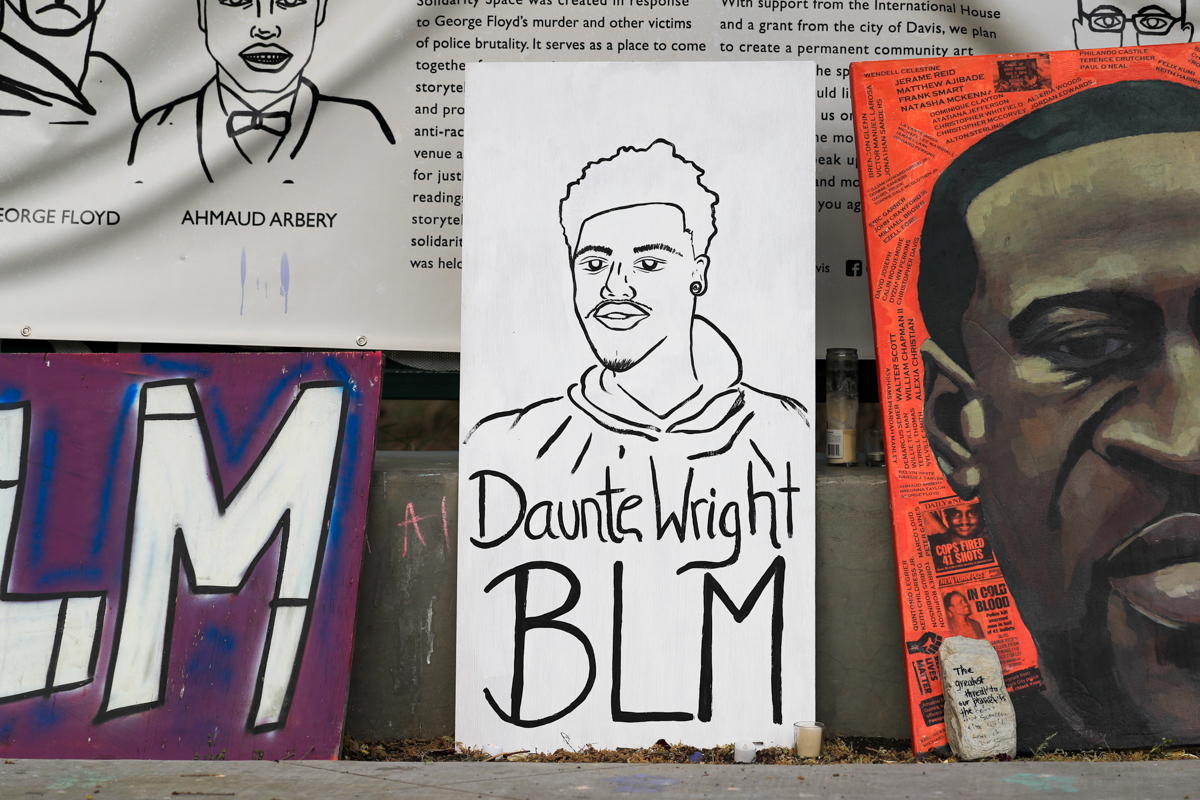 BROOKLYN CENTER, MN – The Hennepin County Medical Examiner has now determined Daunte Wright – shot and killed at a traffic stop here Sunday by a police officer who has since resigned and is facing second degree manslaughter charges – died of a gunshot wound labeled as a homicide.

Twenty-year-old Daunte Wright was pulled over on Sunday by Brooklyn Police Officer Anthony Luckey and his field training officer Kimberly Potter because his vehicle license tag had expired and he had an air freshener hanging from his rear view mirror, according to reports.

Later, police said they attempted to arrest him on an outstanding warrant for a gross misdemeanor weapons charge. But Potter – who said she thought she had a taser and not her gun – shot Wright and killed him.

After shooting her gun, Potter said, “Shit, I just shot him,” as she dropped her gun on the ground, according to body camera footage.

When a Minnesota Bureau of Criminal Apprehension investigator examined Potter’s duty belt, her 9mm handgun was found to be

holstered on the right side of the belt and the taser on the left side, with both handles facing her rear.

The taser was yellow with a black grip and in a straight draw position meaning that Potter would have to use her left hand to draw the taser.

Potter was taken into custody Wednesday and taken to jail where she will be waiting for her first court appearance on the shooting and killing of Wright.

Imran Ali, Washington County assistant criminal division chief and the director of the Major Crime Unit, said, “Certain occupations carry an immense responsibility and none more so than a sworn police officer. With that responsibility comes a great deal of discretion and accountability.”

“We will vigorously prosecute this case and intend to prove that Officer Potter abrogated her responsibility to protect the public when she used her firearm rather than her taser. Her action caused the unlawful killing of Mr. Wright and she must be held accountable. County Attorney Peter Orput and I met with the family, expressed our deepest sympathies and assured them we would spare no resources in seeking justice for Mr. Wright,” added Ali.

Luckey and Potter approached Wright’s vehicle and told him to exit the vehicle with his hands behind his head, to which Wright complied. This is where Wright was told that he was being arrested for his outstanding warrant. Only a few seconds later, Wright tried to get back inside his vehicle. According to the criminal complaint, while Wright was resisting, Luckey tried to maintain physical control of Wright.

Upon getting shot, Wright said, “Ah, he shot me,” before getting back in the car and driving a short distance where he crashed into another vehicle and stopped. He was pronounced dead on the scene when an ambulance arrived.