By Sophia Barberini and Hongyi Wen

SACRAMENTO, CA – Defense Attorney Jesse Ortiz argued Friday here in Sacramento County Superior Court in his motion to suppress evidence obtained at a traffic stop that an officer’s mistake led to the stop being “unreasonable and unlawful.”

The suppression hearing regarded evidence obtained at a traffic stop involving Antonio Amador, who has been charged with unlawful possession of a gun by a felon.

Defense Attorney Ortiz filed the suppression motion to contest the traffic stop that resulted in the defendant’s arrest, asserting that “the stop of Mr. Amador was unreasonable and unlawful.”

According to Spencer, a record check “had a return that showed that the car [was] registered to a black Toyota Tacoma,” not the silver Toyota Corolla that Amador was driving.

However, the court was informed that the officer made a mistake while entering the license plate number.

After recounting the license plate number he entered at the time, DDA Divinagracia questioned, “Was that the same plate number that was displayed on the vehicle in front of you?”

“No it was not.” Officer Spencer answered, “I mixed up the second and third letters,” admitting that “it was just a mistake that I made at the moment.”

Spencer testified that he tried to verify the license plate number at the time, but had trouble logging into his license plate reader program account, explaining, “I was having errors logging in, because I was driving.”

Unable to verify whether the license plate belonged to the vehicle, Officer Spencer decided to continue following Amador’s car.

“I observed him coming to a turn lane… [but he] failed to come to complete stop behind the white limit line, when the light was red, and turned east.” Then, he conducted a traffic stop.

Defense counsel Ortiz began his cross-examination, first questioning whether the defendant was driving “out of ordinary” in any way or if he engaged in any traffic violations. Officer Spencer said, “No, not initially.”

Ortiz also questioned why Officer Spencer decided to run a record check of Amador’s vehicle if there was nothing suspicious, and Spencer answered that he checks the majority of the vehicles on the road. “It is just what I normally do when I am patrolling the area.”

Officer Spencer explained that he had experience in the past with people using different license plates on their vehicle to avoid potential tickets and stops.

Spencer said not only did he enter the license plate number in wrong, he also had trouble logging in with his account and password.

“I told him that I stopped him because I conducted a records check of his license plate and it came back to be a Toyota Tacoma when it was on a Toyota Corolla,” said Spencer.

“As the officer just testified, there was one reason and one reason only for the stop. That was because the officer made an error when he input the license plate information into his system,” said Ortiz, arguing that he “made a mistake during the investigation…this mistake was significant, it wasn’t a minor mistake.”

Further, he maintained, Officer Spencer “made no effort to really verify the information that he put in.”

DDA Divinagracia argued, “The mistake that the officer made was reasonable. He incorrectly typed the order of two digits in a license plate. It wasn’t deliberate. It wasn’t reckless…his actions show that he was acting reasonably. He made efforts to correct his work. But the car was accelerating away from him, he was unable to log in.

“More importantly, he had another reason for pulling over that vehicle, and that is because the defendant failed to stop at the limit line before making a right turn at a red light. He doesn’t have to tell the defendant every reason for why he has pulled him over, that’s not the standard.” she added

After hearing from Divinagracia, Ortiz argued that Officer Spencer’s mistake was not reasonable. Ortiz added that he believes Officer Spencer understands the importance of verifying the accuracy of the license plate number, but he did not make extra efforts to confirm the number.

Ortiz directly pointed out that, as Officer Spencer previously testified, the license plate issue was the only reason that he pulled over Amador. The stop was unreasonable because Officer Spencer was the one who made a mistake.

“As far as the stop issue [at the red light], that was not a basis for the [traffic] stop. I would agree that if that was the reason why the deputy pulled him over, that would justify the situation, but the deputy didn’t pull him over for that. He just testified to that,” said Ortiz.

Further, Ortiz concluded, Officer Spencer “pulled him over for one reason, and one reason only, and that was because he put the wrong information into the system, which came back to a different vehicle, and that is simply not reasonable, given the constitutional rights we are trying to protect here.”

Judge Gweon asserted that she “did find the officer credible,” adding “He made a human error that is easy to make, confusing two letters… It was not on purpose. It was not reckless. It was not grossly negligent.”

Gweon pointed out that, besides the license plate issue, Officer Spencer also observed a traffic violation. Just because Officer Spencer did not disclose this reason to the defendant when he pulled Amador over “does not mean that it wasn’t one of the reasons he used to make a stop.”

Judge Gweon denied the motion to suppress evidence, and found the traffic stop to be both lawful and reasonable. 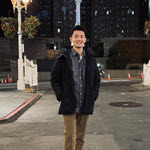 Sophia Barberini, from San Mateo, CA, is a fourth-year student at UC

Berkeley. She is double majoring in Political Science and Legal Studies and hopes to pursue a career in law.

Share:
Tags:Motion to SuppressPossession of FirearmSacramento Court WatchTraffic Stop
Previous : Sunday Commentary: The Urgency of Optimizing Police Responses
Next : COVID and the Courts: The Pandemic Places a Strain on Proceedings – ‘977’ Appearances Increase