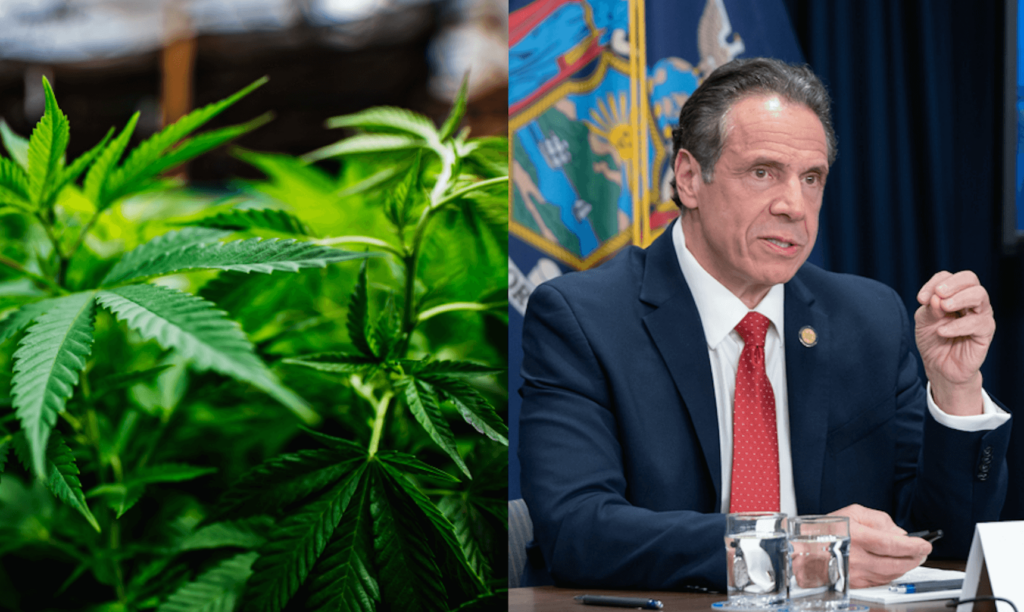 By Koda Slingluff and Nina Hall

The robust legislation dictates that 40 percent of marijuana tax revenue will go to marginalized communities who have been disproportionately criminalized for marijuana use in the past. Democrats in the state praise the act as retribution for an unjust war on drugs, while Republicans remain relatively silent so far.

The legislation analysis notes that throughout the war in drugs, communities of color have been incarcerated at unprecedented rates. Though the vast majority of drug users are white, African American and Hispanic men largely make up the incarcerated drug population.

MRTA serves as a safeguard for this trend continuing into the future and disproportionately affecting communities of color, lawmakers state.

Though New York is the 16th state to legalize recreational marijuana, legislators claim this is an act like no other. Democratic Majority leader of NY’s assembly, Crystal Davis Peoples-Stokes, explained that the act puts equity at the forefront,

“Equity is not a second thought; it’s the first one and it needs to be, because the people who paid the price for this war on drugs have lost so much,” Peoples-Stokes said on the assembly

Cuomo’s decision to sign the bill into law strikingly opposes his opinions on marijuana in the past.

As recently as 2017, Cuomo condemned the use of recreational marijuana, calling it a gateway drug. His last three budget proposals have veered the other direction, however, with each one including recreational legalization.

This signing comes at an interesting time for Gov. Cuomo, who has faced a mirage of scandals in recent months.

First criticized for hiding the numbers of Covid-related deaths in nursing homes earlier this year, he was soon condemned further as allegations of sexual harassment and assault surfaced. Presently at least eight victims have come forward against Cuomo, and over 50 legislators have called for him to resign.

Peoples-Stokes, who has advocated for marijuana reform extensively for the last eight years, focused her comments outside of Cuomo with only a small nod to his and others’ help.

“I’m extremely humbled, proud and honored to have passed the historic Marijuana Regulation and Taxation Act with my partners in government Senator Liz Krueger and Governor Cuomo. This social justice initiative will provide equity to positively transform disenfranchised communities of color for the better,” she said.

The economic impact of the Marijuana Legalization and Taxation Act is expected to be extremely positive. The New York Governor’s Office projects an added $350 million annually in tax collections and a potential 30,000 to 60,000 new jobs for the state.

It is also expected that due to the legalization of marijuana, significant improvements will be made to both marijuana and hemp farming programs. And these improvements stretch beyond the facility itself straight to the employees.

Especially coming out of the wake of a pandemic, local New York businesses are expected to profit considerably. The MRTA provides a licensing system that benefits small businesses rather than large corporations.

Some of the taxes from this act will also be used as revenue for opportunities for community growth such as drug treatment programs as well as job training. MRTA will also provide New Yorkers numerous job opportunities and a chance for economic growth.

Also, there will be specific “social equity” dispensary licenses for businesses that can show how their work will benefit marginalized New Yorkers.

The collected taxes will first go to the state’s cannabis revenue fund, which covers the cost of implementing the new law and associated programs.

The two newly created bodies are the Cannabis Control Board (CCB) and the Office of Cannabis Management (OCM). CCB will be responsible for structuring regulations of the industry, and OCM will implement those regulations.

OCM is responsible for establishing a public health and education campaign, which will coordinate with other associations in order to coordinate further actions protecting health and safety.

OCM will operate as part of New York’s State Liquor Authority, and will have five governing board members (three appointed by the Governor and one appointed by each House).

Opponents include the American Medical Association, some police organizations, and some parent organizations. The head of the New York state PTA, Kyle Belokopitsky, expressed his position to abc7 news last sunday, saying, “We have absolutely no idea why the governor’s office felt it was necessary to make dealing drugs to children easier, shocked, shocked by this.”

Belokopitsky also commented on how “drug dealers could sell marijuana to our children under the age of 21 and walk away with a slap on the wrist.”

But, the Director of the New York State Drug Policy Alliance, Mellisa Moore, released a response to the signing, calling the law “the new gold standard for reform efforts nationwide. Today we celebrate, tomorrow we work hard to make sure this law is implemented fairly and justly for all New Yorkers.”