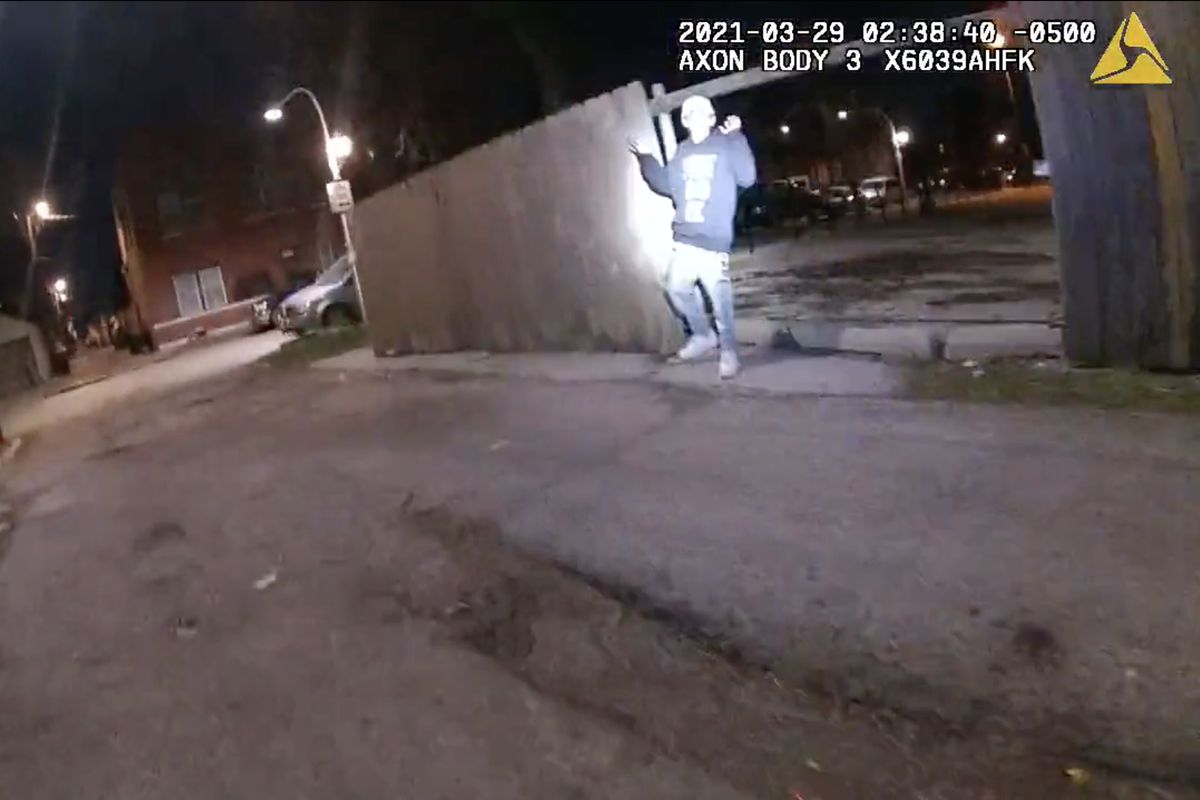 On Thursday I got my second shot and so I was lying on the couch and caught part of CNN’s coverage of the Adam Toledo shooting.  One thing I have learned having covered way too many police killings over the years is to attempt to keep an open mind as long as possible on them—as soon as you form an opinion, psychologically your mind shuts off access to new information.

I was however immediately struck by the fact that, at the point of shooting, the 13-year-old Toledo was unarmed, his hands in the air.  The problem was determining at what point the officer realized that he had (a) stopped running, (b) had dropped the weapon, and (c) was complying with orders.

The CNN commentators were quick to exonerate the officer here.

Don Lemon said, “If someone’s running with a gun and they turn around, police officers have to make decisions in split seconds. That’s why I’m not a police officer, because I couldn’t face that kind of pressure, and I just, quite frankly, don’t believe that I could do the job. That’s why I sit here on TV and analyze it and talk to people about it.”

As one commenter put it, these are hardly “right wing police advocates,” but they are also not experts in police practices.  I would not have reached a snap decision on the air as they appeared to.

I get a lot of videos of police incidents.  Most of them never make it on the Vanguard as an article.  Why?  Over the years, I have adopted a protocol to evaluate police incidents precisely

because I want to bring forward cases that are truly representative of bad policing, rather than incidents that look bad but ultimately don’t hold up to scrutiny.

First, I watch it at real time speed.  That gives you an indication of how quickly the officer had to react in real time.  In general, I think that actually speeds things up, you are seeing things with a much narrower range than you would in the real world and that makes things appear to happen a lot faster than they would.

Second, I have an expert evaluate the case.

In this case, I asked Ken Williams, a former Boston homicide detective who is now a use of force analyst and consultant.

Willaims is good because he is critical but fair.  About two-thirds of the videos I have sent him, he comes back with the opinion that the police operated correctly, even on a few where I didn’t agree and other experts diverged.

Here is his full analysis:

I watched raw bodycam footage of the Chicago police shooting of 13-year-old Adam Toledo. Unfortunately, it was edited so what I observed is only based on the edited video.

What will be discussed is the time available to make a decision from the perspective of the police officer, but we should not lose focus that Toledo’s young brain listened and processed orders from the officer too. What I observed is Toledo stopped running, he turned to face the officer, when ordered to “Drop it” “Drop it” by the officer Toledo did drop the weapon, and once he no longer posed an immediate threat to the officer he was shot in the chest.

Was it necessary for the officer to discharge his weapon after Toledo dropped the firearm and raised his hands? No.

Was the force used proportional? No, not after Toledo obeyed the officer’s order to drop the firearm.

Was there time available for the officer to make a decision? Yes, he knew Toledo more likely than not possessed a firearm. The officer ran with his firearm in his hand so that goes towards the officer’s mindset of readiness to meet deadly force with deadly force if needed. But if deadly force is no longer a necessity officers must de-escalate per their department’s use of force policy, training, and experience.

These are questions the reviewing authority should not dismiss because these are more likely than not questions the family and community will want to be answered.

So, does that mean I think this is a bad shooting and the officer should be charged?  I have not made that decision yet.  I think as the questions at the end of Ken Williams message to me show, there are some key questions we don’t have the answers to and that is what the investigators, who will have the benefit of interviewing the officer, will have to discern in order to make the determination.

5 thoughts on “My View: Adam Toledo Shooting Troubling, to Put It Mildly”