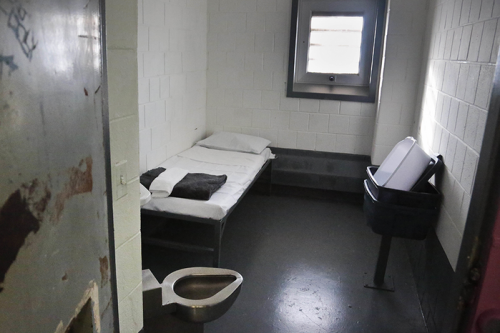 NEW YORK — After many years of advocating to end solitary confinement, New York became the newest state to limit use of the practice. The passage of the Human Alternatives to Long-Term Solitary Confinement (HALT) bill, which Governor Cuomo signed into law on Wednesday, April 1st and will go into effect in 2022.

In addition to significantly reducing the length individuals can be held in solitary confinement, HALT entirely bans the use of solitary in its entirety for certain groups that have been deemed to be particularly vulnerable. Such groups include youth under the age of 22, those over 54, people with disabilities, and pregnant women (among others).

Governor Cuomo’s approval of the HALT bill was particularly significant given that he had previously opposed similar prison reform legislation. Governor Cuomo’s objection to previous prison reform legislation cited that implementing the new policy would be “too costly.” However, academic studies, such as that conducted by Partnership for the Public Good, claim that widespread implementation of the HALT Act could save state and local governments an estimated $132 billion annually.

Although Governor Cuomo has agreed to the inclusion of residential rehabilitation units in the HALT bill, he remains of the opinion that “amendments are necessary” to address the safety of staff and other incarcerated individuals in facilities, such as in instances where individuals commit “multiple violent acts.”

The governor’s concerns regarding safety are echoed by corrections units state-wide. Lou Viscusi, a member of the Suffolk County Correction Officers Association, stated that “The HALT legislation was passed based on a false narrative. No lawmakers actually came to our facilities to see what segregated housing truly looks like. This law makes jails and prisons less safe for everyone. We need real amendments which will allow Administrators the ability to protect their staff and all those who are incarcerated.”

Viscusi’s claims that lawmakers failed to properly investigate conditions at incarceration facilities. However, the inability to investigate are largely due to the fact that these institutions are often closed off to observers.

Even Juan E. Méndez—the United Nations special rapporteur on torture—was repeatedly denied permission to visit prisons across the nation. Méndez, who has inspected prisons in numerous countries in his role with the U.N., has called on “all countries to ban the solitary confinement of prisoners except in very exceptional circumstances and for as short a time as possible, with an absolute prohibition in the case of juveniles and people with mental disabilities.”

Mendez was particularly adamant that, “[I]t is safe to say that the United States uses solitary confinement more extensively than any other country, for longer periods, and with fewer guarantees.”

Notably, there is little meaningful evidence to support Viscusi’s allegations that solitary confinement improves safety for those working or being held in incarceration facilities. The 2016 National Institute of Justice report concluded that only minimal studies have been conducted that follow the correlation between solitary confinement and subsequent misconduct. Furthermore, even those studies that have been performed, “indicate SC [solitary confinement] does not have any significant effect on the prevalence or incidence of subsequent violent, nonviolent, or drug misconduct.”

Some individuals are also prone to an increased risk of premature death even while they are still being held in solitary confinement. Families such as that of Layleen Polanco, a transgender woman who had a fatal epileptic seizure while in solitary at Rikers Island jail complex, attest to this fact.

Ms. Polanco’s family was awarded a $5.9 million settlement after New York City’s Board of Corrections determined that “Rather than checking on Ms. Polanco every 15 minutes as required [because of her epilepsy] … Rikers staff members had ignored her for periods of 35, 41 and 57 minutes during her last hours.”

Ms. Polanco’s sister, Melania Brown, stated that “I have no faith in the city, I have no faith in anything that they do, besides them paying people out, that’s all they do … That’s their way of saying sorry. I do hope this settlement makes a powerful statement that Black trans lives do matter and that we need a change moving forward.”

Ms. Polanco’s placement in solitary also raises the fact that Black and Latino individuals—and particularly Black women—are disproportionately represented in the restrictive housing population. A report by the Correctional Leaders Association (CLA) and the Arthur Liman Center for Public Interest Law at Yale Law School found that despite only making up 21.5% of the incarcerated population in the study, Black women comprised a whopping 42.1% of those held in solitary.

“I will face PTSD and challenges big and small for the rest of my life because of what I was subjected to,” says Ian Manuel, who spent a total of 18 years in solitary after being incarcerated at the age of 14. “Some things I’ve grown accustomed to. Some things I haven’t. And some things I never will — most of all, that this country can treat human beings, especially children, as cruelly as I was treated … But we have the power to change that — to ensure that the harrowing injustice I suffered as a boy never happens to another child in America.”

Although it is difficult to obtain transparent data regarding the practice, as of 2017 an estimated 61,000 Americans were being held in solitary confinement. Before the passage of the HALT act, only 18 states and the District of Columbia had enacted statutes that limit or ban solitary confinement. Although there is some room to celebrate NY’s successful passage of the HALT act, more legislation that must continue to be passed to end the inhumane treatment of incarcerated individuals in the United States.