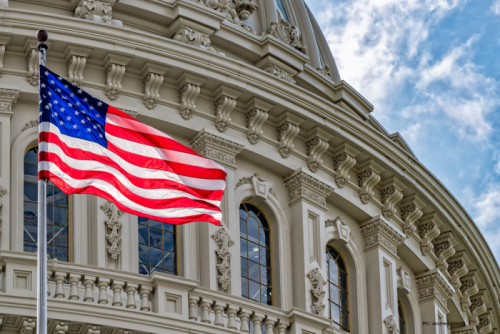 WASHINGTON— On March 11,  President Biden signed the $1.9 trillion coronavirus relief package into law, which provided $1,400 stimulus payments to individuals making less than $75,000 annually, including the incarcerated.

The inclusion of incarcerated individuals in the bill contributed to tensions between Republican senators and their Democratic counterparts, who passed the package in a 50-49 party-line vote. Three particular senators—Bill Cassidy (R-LA), Tom Cotton (R-ARK), and Ted Cruz (R-TEX)—even went so far as to offer an amendment that would block the incarcerated from receiving checks, but the amendment failed on another 49-50 party-line vote.

Senator Cotton has been especially vocal about his concerns on social media, frequently tweeting statements condemning Democrats for allowing criminals such as Charleston Church Shooter Dylann Roof and Boston Bomber Dzhokhar Tsarnaev to receive assistance from the package.

Others, however, have highlighted Senator Cotton’s hypocrisy, highlighting the fact that the last two stimulus packages (both of which passed under the Trump administration and were supported by Senator Cotton) also distributed checks to the incarcerated.

Senator Cotton and his colleagues continue to defend their past votes, arguing that the other two bills did not offer the opportunity for amendments. James Arnold, Senator Cotton’s press secretary, says that “Cotton has only criticized Democrats because only Democrats approved sending checks to prisoners when there was a vote on that specific question.”

Regardless of the senators’ legislative voting history, the reality remains that while incarcerated individuals are eligible for stimulus checks, many have not actually received them.

The trouble with dispensing checks to the incarcerated began with the first stimulus package—the CARES Act—which was passed in March of 2020 and included no language suggesting that incarceration status affects eligibility. The Internal Revenue Service (IRS) originally complied with the legislation, but later backtracked saying that “a payment made to someone who is incarcerated should be returned to the IRS.”

Several legal experts argue that the IRS has no authority to make this potentially illegal move. Senator Sherrod Brown (D-OHIO) decried the IRS’s actions, stating that “Inmates—who are disproportionately people of color and from low income communities—already suffer from a lack of resources and heightened exposure to COVID-19 due to the failed response to the virus by the prison system. Incarcerated people and their families need more help during this pandemic, not more undue punishment.”

The actions of the IRS were successfully challenged in September of last year, when U.S. District Court Judge Phyllis Hamilton ruled that the IRS must stop withholding stimulus checks based on incarceration status and that the government must reconsider prior denied applications of incarcerated individuals within 30 days.

Despite this ruling, other roadblocks for those in prison or jail hoping to receive their stimulus check are still numerous.

One such roadblock has been an apparent loophole in the language of the CARES Act. The legislation intentionally includes provisions protecting stimulus checks from various forms of debt collection, such as back taxes and federal debts. It does not, however, explicitly instruct prison systems what to do with stimulus checks once they are received.

Consequently, corrections systems have dipped into incarcerated individuals’s stimulus checks to pay for fines/fees associated with incarceration. For example, the California State Corrections department says it automatically uses 50% of the stimulus money from those who owe court-ordered restitution. Similarly, the Pennsylvania Department of Corrections claims it can take up to 25% of the funds for various fees.

Due to the inability to quarantine and/or social distance in cramped living conditions, incarcerated people are infected by the coronavirus at a rate five times higher than the national average. Approximately a year into the pandemic’s outbreak in the United States, this amounts to more than 400,00 infections among incarcerated people and staff.

Many of these individuals will soon be released and forced to navigate a pandemic-era economy with virtually no help from the federal government. If then, the United States truly wishes to alleviate economic burden from the pandemic, it is imperative for the nation to focus its attention on those most vulnerable to insecurity—the incarcerated.