By Dorrin Akbari and Roxanna Jarvis

OAKLAND, CA — Shawn Martin is facing trial here in Alameda County Superior Court for murder—it’s his second trial for the alleged fatal shooting of his neighbor, after his 2017 murder conviction was overturned by an appeals court because of a misstatement of the law.

The appeals court sent the case back to the trial court for a new trial, which reconvened Friday at the Oakland René C. Davidson Courthouse in Dept. 12. It’s due to resume Tuesday.

Martin was convicted in 2017 of the second-degree murder of his 21-year-old neighbor, Melissa Martinez, on April 23, 2014, following a confrontation in the weeks prior over his calling her mother a derogatory name.

The feud between the neighbors began in early April 2014, when Martin and his landlord got into an argument outside of Martin’s home. The victim’s mother, who lived with Martinez in a house behind the defendant’s apartment, intervened and sided with the landlord.

According to court documents, Martin then called Martinez’s mother a “b***h.”

Later that night, Martinez—who had short hair and was described as dressing “like a boy”—confronted Martin about the exchange with her mother. Martin allegedly put a gun to Martinez’s face in response.

When the defendant realized Martinez was a woman, he said, “Oh, you’re a female” and walked away.

Deputy District Attorney Butch Ford would later note at the 2017 trial that Martin couldn’t stand someone he described as “a little female” disrespecting him.

Nearly three weeks later, Martin approached Martinez as she was preparing to drive off in her car and shot her twice in the head. He then ran back to his apartment and immediately called the police to report that he’d heard a shooting occur outside of his home but didn’t see or know the shooter.

When officers interviewed the defendant, he initially tried to distance himself from the shooting, but after police told him they’d recovered a gun from his home and had evidence of gun residue on his hand, he admitted to shooting Martinez.

Martin claimed, however, that the shooting was done in self-defense because Martinez was digging in her car for her own gun. No gun was ever recovered from the victim.

Defense attorneys noted during the 2017 trial that a relative of Martinez retrieved her gun from near her body and disposed of it. They further pointed to the positioning of Martinez’s dead body and the high levels of methamphetamine in her system as evidence that she was the aggressor on the night of the shooting.

The prosecution maintained that Martinez was unarmed, but contended that had she had a gun with her, it would not have made Martin less guilty of murder.

Martin was found guilty of second-degree murder, being a felon in possession of a firearm, and shooting at an occupied vehicle during his 2017 trial. He was sentenced to 40 years to life in prison.

In July 2020, an appeals court found that the judge, when answering the jury’s question, failed to clarify or correct the prosecutor’s misstatement of the law regarding threats and self-defense.

The appeals court, therefore, reversed the convictions for murder and shooting at a vehicle. Martin’s conviction of felon in possession of a firearm remained, and the case reopened Friday when Judge Allan Hymer oversaw Martin’s direct and cross-examinations, conducted by Assistant Public Defender Richard Foxall and Deputy District Attorney Charlie Bisesto, respectively.

The core issue for both parties was the inconsistencies in Martin’s various statements regarding the murder and the events that led to it—from his initial denials of even knowing the victim, to his confession to police, and now his testimony at his retrial.

APD Foxall focused much of his questioning on the two police interviews with the defendant, which were conducted first by officers Blakely and Khem and later Sergeants Calonge and Basa.

Martin didn’t deny that there were inconsistencies in his statements. Instead, Foxall focused on his client’s state of mind and treatment while in police custody.

“Was the statement that you gave officers [Blakely and Khem] a true statement?” asked Foxall.

Following his initial questioning with Blakely and Khem on April 23, Martin was taken to another station, where he met with Sergeants Calonge and Basa.

While waiting to be interviewed, Martin was placed in a small, windowless room. He was given some cardboard to lie on and allowed to leave the room for bathroom breaks.

The defendant was then interviewed for four hours. Two hours into the interview, the officers told Martin they “kn[e]w everything.”

It was at this point that Martin confessed to the shooting.

During the cross-examination, DDA Bisesto spent much of his time comparing records of the defendant’s 2017 testimony to testimony he’d given at his retrial the day prior.

As he approached the middle of his cross-examination, Bisesto revealed the crux of his argument against the defendant:

“That was an added detail that you brought into your story yesterday. You added it in because you thought it would make your story more believable,” said Bisesto in response to the defendant claiming to have hit his head during the shooting.

Foxall objected to Bisesto’s statement, stating that it was argumentative. The judge agreed.

Following another 20 minutes of questioning, the judge once again found prosecutor Bisesto to be argumentative. Again, he had referred to Martin’s alleged attempts to fabricate a more sympathetic version of events:

“You don’t want people to think that you turned your back on someone who you thought had a gun. Would that be fair?” asked Bisesto.

“If you turned your back on someone who had a gun, that wouldn’t fit your story, right?” said Bisesto to Foxall’s objection, which was sustained by the judge.

As the trial rolled over into the afternoon, DDA Bisesto continued to question Martin, beginning with the night Martinez was killed.

Martin maintained that he saw Martinez with a gun, but emphasized that it was only partially visible.

“On that night…as you approached her car, you were trying to stay sideways to her car. Your body is facing the hood of the car, you’re keeping an eye on her through the windshield,” spoke Bisesto, painting the scene.

“When you got to the driver’s side of the door, that’s when you pulled your revolver…and it wasn’t hard to get that revolver. That’s ’cause you had your hand on your revolver as you approached, correct?” Bisesto asked.

Martin also confirmed that he did not see the dashboard or the alleged gun Martinez had until he walked all the way to the driver’s side of the vehicle.

DDA Bisesto then read a quote by Martin from a previous interview with the DA: “I felt that I would not have hurt [Martinez] as badly if I paid more attention to what the hell I was doing.”

Shortly after, a former employer of Martin’s was brought to the stand. The man, a public artist in the Bay Area, first met Martin through his neighbor.

Martin’s former employer explained that the defendant was in a program that allowed him to work for 100 days free (the program paid Martin during this time). Afterward, his employer hired Martin, telling the court that “he was a keeper.”

When asked by APD Foxall if Martin was ever confrontational or had negative relationships with other workers, his former employer said no.

The witness told the court that Martin worked for him for “about 10 years,” before moving on to find a higher paying job. 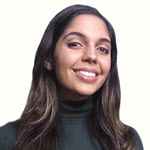 Roxanna Jarvis is a fourth-year student at UC Berkeley, currently 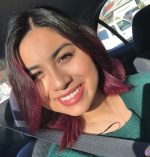 majoring in Political Science with a minor in Public Policy. She is from Sacramento, California.