Community Gathers in Recognition of Victims of Police Violence

Davis, CA – Passionate speeches by Mayor Gloria Partida and Davis Community Church Associate Pastor Eunbee Ham, in an event organized by the La Raza Pre-Law Student Association, highlighted a week that saw a measure of justice for George Floyd, but also the disturbing police involved shootings of several other high profile incidents across the country.

The event drew a sizable crowd, notably filled predominantly with younger students who brazened the

Alex Olvera, one of the organizers at the event from La Raza, called for a five minute moment of silence saying, “I’m mad, I am sad, I’m sick of every day learning how poorly this country treats people of color in America.”

Mayor Gloria Partida said, “I’m here with you to bear witness.  When we come out to these events – we’re here because we are bearing witness.  That is a very important part of bringing change into systems.”

“You think about what a witness does. They take note,” she said.  “They bring accountability and accountability is something that we’re looking for right now.”

She talked about the importance of being here at these events for the people unable to make it for a variety of reasons.

“I also think about the people who were actual witnesses to the death of George Floyd,” Mayor Partida continued.  “Four of them were children.  One of them was nine years old.  And those people stood there and bravely witnessed that scene that they’re going to carry with them for the rest of their life.  Rather than just have it be a trauma in their life – they changed a huge portion of our policing system by being brave enough to pull out their phones even though they were frightened.”

In their testimony, they explained that they were afraid.

“They continued to stand there and be witnesses,” she said.

Stealing the show however, was Pastor Eunbee Ham.  New to the community, having come here eleven months ago in May, she said, “We come together to hold the weight of rage, grief and trauma that we feel every time another precious black life is cut short through police brutality.”

She said, “Our gathering tonight refuses to normalize this recurring massacre of Black and Brown lives.  We refuse to stay silent about the continual lynching of our Black and Brown siblings.”

She explained that she is an Asian, woman pastor “representing a predominantly white, affluent, Christian institution that is learning how to dismantle white supremacy within our own organization.”

She continued, “I stand before you racialized as Asian in this country, in the framework of white supremacy.”  She said her role as an Asian woman “is to stay invisible, silent and compliant.  White supremacy wants me to keep my head down and be grateful for the crumbs under the table and normalize the killing of my Black and brown siblings.”

But she said, “The irony is that Asians are still being killed and victimized.  I refuse to live into that lie.”

She told the story of entering the country in the immigration line at the airport with her sister.  At the time, she said, she was barely 20 years old.

“After waiting over an hour in a long degrading sweaty line designated for ‘aliens’, I breathed a sigh of relief  as I passed through the immigration kiosk.”

As she was waiting for her sister, the immigration officer ordered her to move along.

“I told my sister, I’ll be waiting for you at the end,” she said.  “This one sentence was so threatening to that immigration officer that he called the police to escort me out of there.  I still remember the humiliation, the anger … as that situation escalated instantly.”

“Even now after almost 20 years, my body remembers that incident like a myriad of long, acupuncture needles that were inserted and forgotten in my body,” she said.  “Once in a while I feel them in there.”

Ham said, “I’m sharing this story to demonstrate how racialized violence and its varying dynamics in those that have been rendered different stem from the same source of white supremacy.”

She said, “In my situation I was placed at the mercy of someone who unilaterally determined they already knew me and my intentions without hearing a single word.  This happened when I spoke English fluently – what would have happened if I didn’t speak English.”

She continued, “The officer escalated that situation very quickly for no reason and this was all legal.  He had the force of law behind him to refuse to listen to the needs of the people who he’s paid to protect and serve.”

“It becomes very clear who he is paid to protect and serve.”

Later she related the reaction of a Black friend to the George Floyd situation, “Even though the whole world watched a police officer put a knee on George Floyd’s neck for nine and a half minutes, medical professionals and pathologists are willing to tell incredible lies – and they will be believed because the color of their skin.”

“We are willing to go to great lengths to lie to ourselves to maintain a knee on a black person’s neck,” she said her friend told her.  “When he heard the verdict of Derek Chauvin he spent two hours crying, he couldn’t even articulate what it was.  They certainly weren’t tears of joy but he found a little space to breathe.  To live.  The idea that the justice system could find it in their hearts to see a crime against my crime as a crime.  To see through the lies of pathologists.  To see at least in this instance that a clear wrong was done.”

Dillan Horton, chair of the Police Accountability Commission, talked in a local context how we go forward from here.  He spoke, of “a system that was never really built to work.  We have a system of modern day policing in the United States … that is built based, structured, around racist principles.”

He said, “It’s organized at a priority level of protecting property over protecting the lives of people.  It is built on racist and classist principles.”  He noted that, “the precursors to modern policing are really troubling … slave patrols.”

He talked about a viral video of a police incident that occurred up the road on I-80 near Vacaville.

He described a young man, around the age of 15, autistic, who interacted with Vacaville police officers, with the incident ending with the young man being thrown to the ground, punched repeatedly in the face.

“What was Vacaville’s police department’s response when confronted with this subject?” he asked.  “The response was, we heard that there was a violent incident and that’s how we respond.”

He noted, “this young man was autistic, but white.  You don’t have to be Black for the inadequacies of this system to impact your public safety.”

“There were dozens of 911 calls to this home,” he said.  “These people – not for lack of trying – are not equipped to handle these situations.”

“After dozens and dozens of these calls on a late night  …  this individual who needed help and didn’t get it, took his mother’s life.  When police showed up at the scene, they took his life,” he continued and then asked, “Tell me how public safety imperatives were addressed in that incident?”

Horton says, “It boggles the mind that we would keep that system so demonstrated to be inadequate rather than go ahead with reform, equity and public safety for all.” 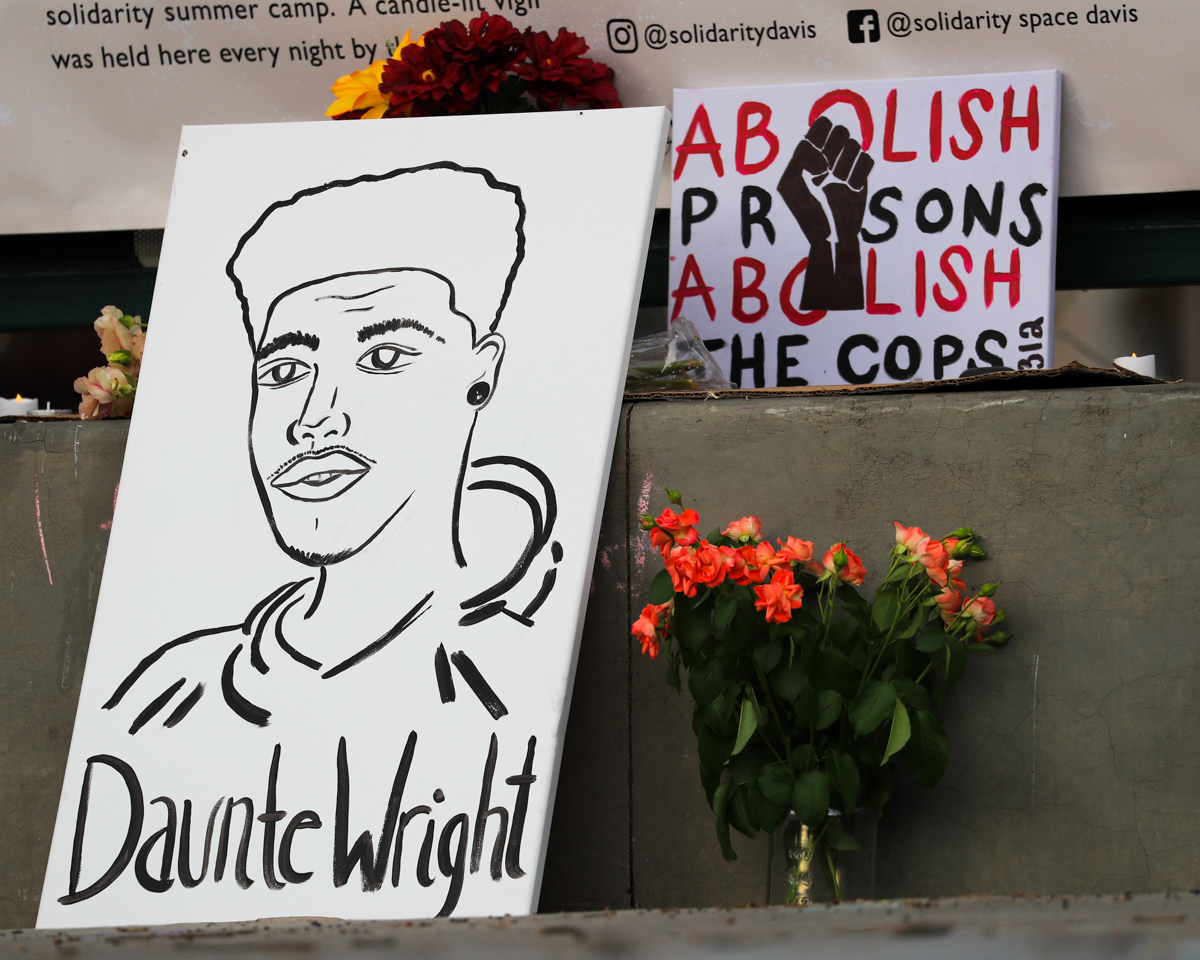 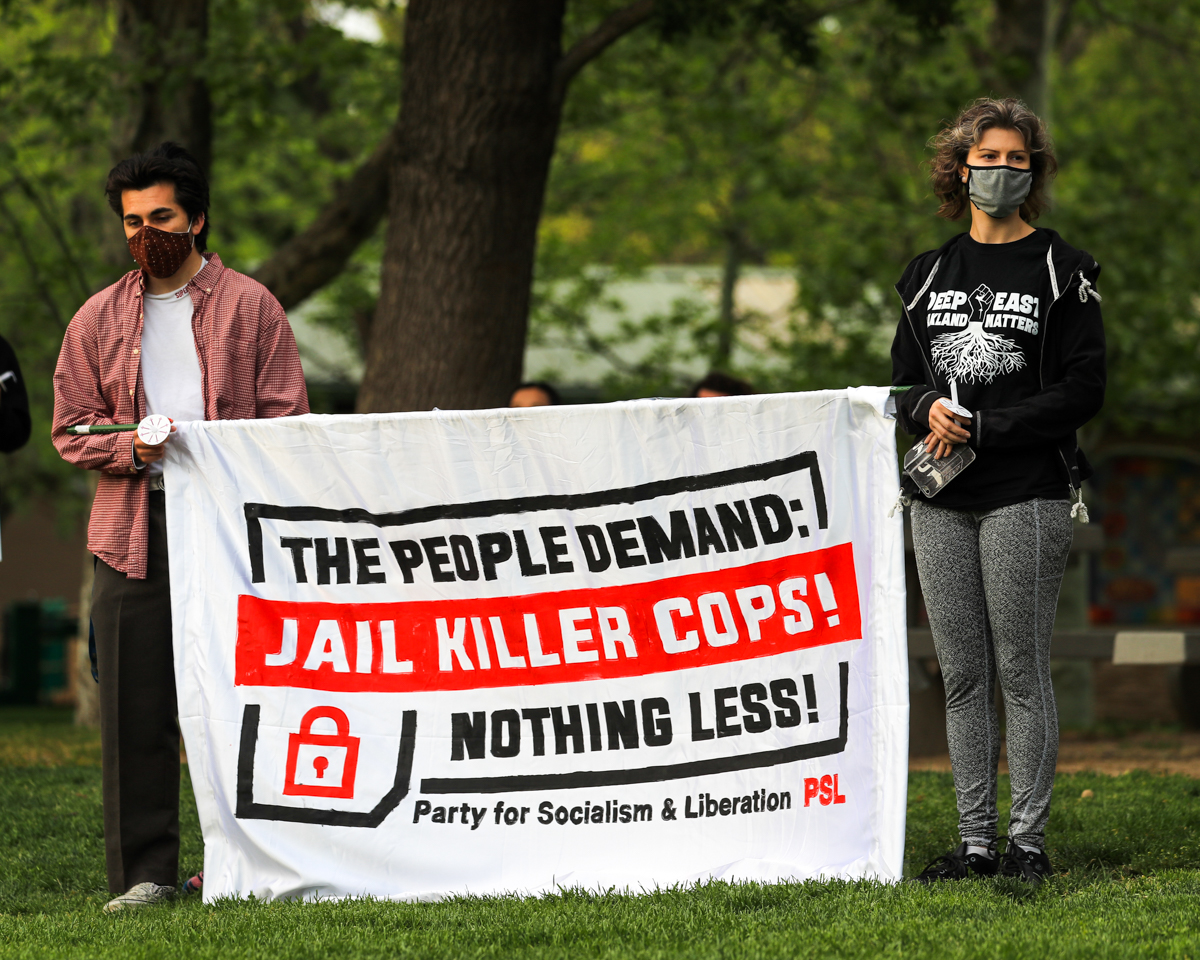 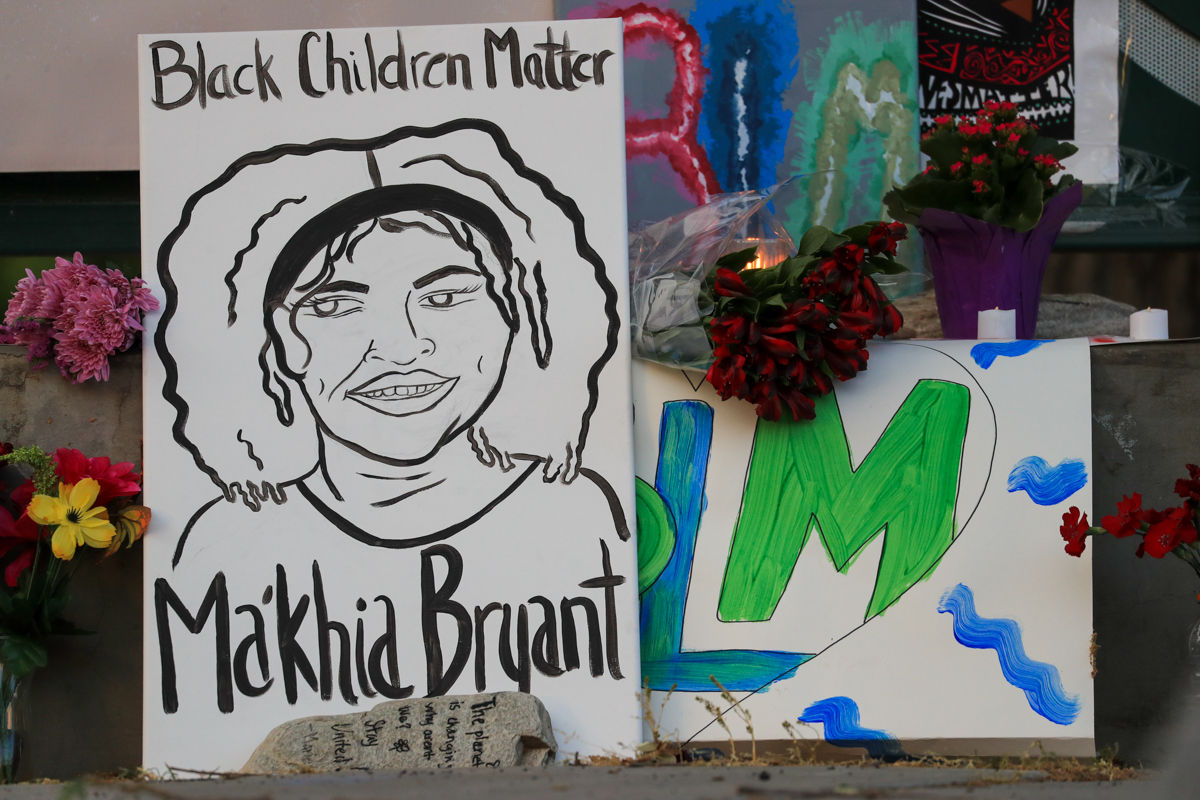 18 thoughts on “Speaker: “Racialized violence and its varying dynamics in those that have been rendered different stem from the same source of white supremacy.””