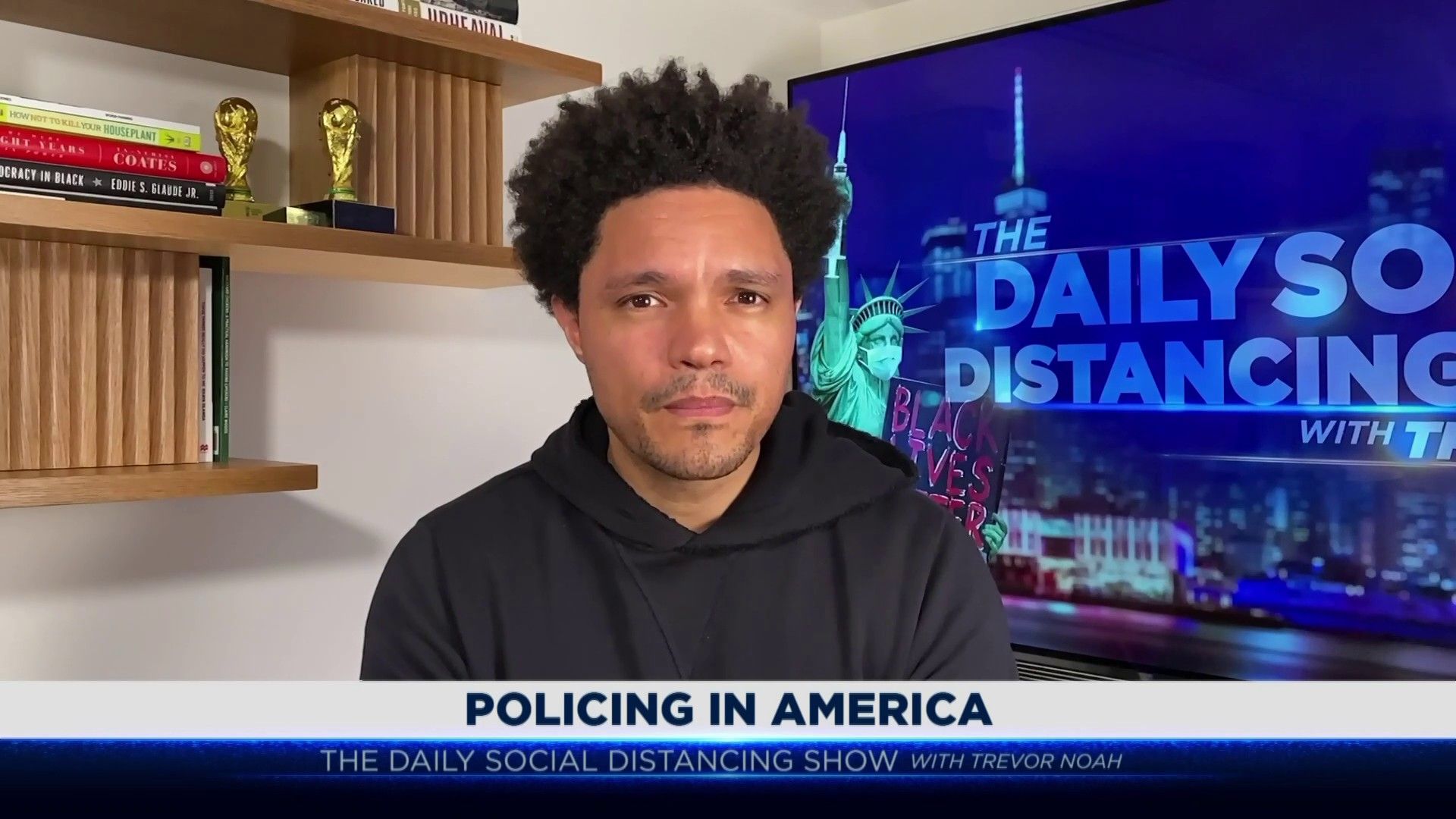 By William McCurry and Stephanie Boulos

Attorney Benjamin Crump, former counsel for the family of Trayvon Martin who was murdered in 2012, writes a post on Twitter exclaiming “the WHOLE SYSTEM need reform NOW!”

In his tweet Friday, he posts a video of The Daily Show host Trevor Noah explaining the police system punishes the “good apples” instead of encouraging them to speak up.

Crump maintains that Noah is “speaking truth to power.”

In Noah’s video, he explains that he has been watching the recent police encounters from the past few days. More specifically he references the lieutenant who was recently pepper-sprayed while in full uniform at a traffic stop.

fear in that video, and it’s him,” says Noah.

Noah said he kept watching that video because he had one question nagging him: “Where are the good apples?” He continues by explaining how these situations that Black Americans experience are due to “bad apples.”

“If we’re meant to believe that the police system in America, the system of policing itself is not fundamentally broken, then we would need to see good apples,” explains Noah.

Noah’s main question in watching these videos of policing revolves around that he wants to know where the “good apples” are in these situations.

Noah strongly asserts that “we need to stop this crime” and when people go to disenfranchised communities they fight for the same thing.

“I mean, the fact they call 911 when something happens, that tells you something. But I don’t seem to see that with the cops. We don’t see a mass uprising of police saying, ‘let’s root out these people.’ We don’t see videos of police officers stopping the other cop from pushing an old man at a Black Lives Matter protest or from beating up a kid in the street with a baton,” Noah insists.

As Noah’s video comes to a close, he leaves his audience with a scary message: “The system is more powerful than any individual. The system in policing is doing exactly what it’s meant to do in America, and that is to keep poor people in their place.

“Who happens to be the most poor in America? Black people. You monetize them, you imprison them, which monetizes them again. It’s a system. It’s not broken, it’s working the way it’s designed to work.

“We’re not dealing with bad apples, we’re dealing with a rotten tree that happens to grow good apples. But for the most part, the tree that was planted is bearing the fruits that it was intended to.”

4 thoughts on “Trevor Noah: ‘Where Are the Good Apples? We’re Not Dealing with Bad Apples, We’re Dealing with a Rotten Tree.’”