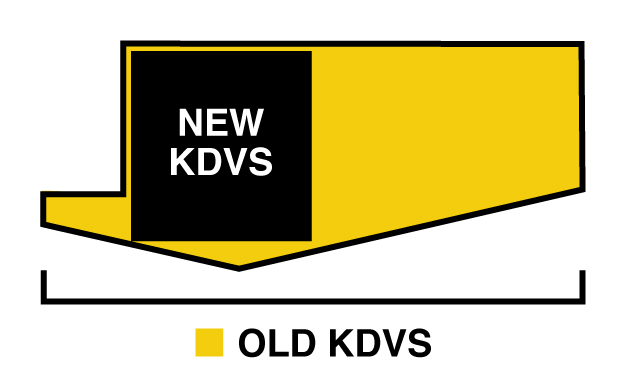 After more than two years of study and written assurances that it would provide a “proper” new location for the famed freeform campus radio station, on April 2, 2021 University of California, Davis issued a press release admitting that there is no equivalent proper location for KDVS at UCD, instead opting to eviscerate the station by forcing it into a space one-third of the size of its current location, requiring the loss of much of its historic programming.

The announcement made clear that UCD plans to evict KDVS from the 3000 sq. ft. studio it has occupied since 1967 in the basement of historic Freeborn Hall, and force it into a drastically downsized space of 1000 sq. ft. Such a move would

require the removal of KDVS’s rare 100,000+ item music library, listening rooms, and numerous other vital components, thus destroying much of what made KDVS unique among national college radio.

The decision was made behind closed doors without the approval of the university’s media board or the knowledge of the expert advisory group UCD had convened to define the requirements of the new location. The advisory group includes engineers and former KDVS General Managers.

As justification, the University cites an alleged shortage of space on campus. This “shortage” is actually the result of UCD’s decision to abandon its 5 years of planning the full restoration and seismic retrofit of historic Freeborn Hall, built in 1961 in a striking “mid- century modern” style. Freeborn has 61,000 sq. ft. of space including 12,248 sq. ft. in the basement alone. UCD intends to discard that considerable investment and demolish the historic building. Other programs in the basement of Freeborn have been forced into leased space off campus.

UCD is portraying the proposed demolition of historic Freeborn Hall and the downsizing of KDVS as inevitable and irreversible. As demonstrated in 2011 by UCD’s reconsideration of its “final and irreversible” decision to demolish the UCD “Baggins End” student Domes housing project, such unfortunate, short-sighted decisions can be successfully opposed. A huge outpouring of popular support for the Domes caused UCD to reverse its “irreversible” decision. As a result, the historic and iconic Domes continue to thrive today at UCD as affordable student housing.
Historic KDVS and Freeborn Hall can still be saved. All interested persons are urged to go to savekdvs.org for more information as well as contact the UCD Chancellor’s office at: