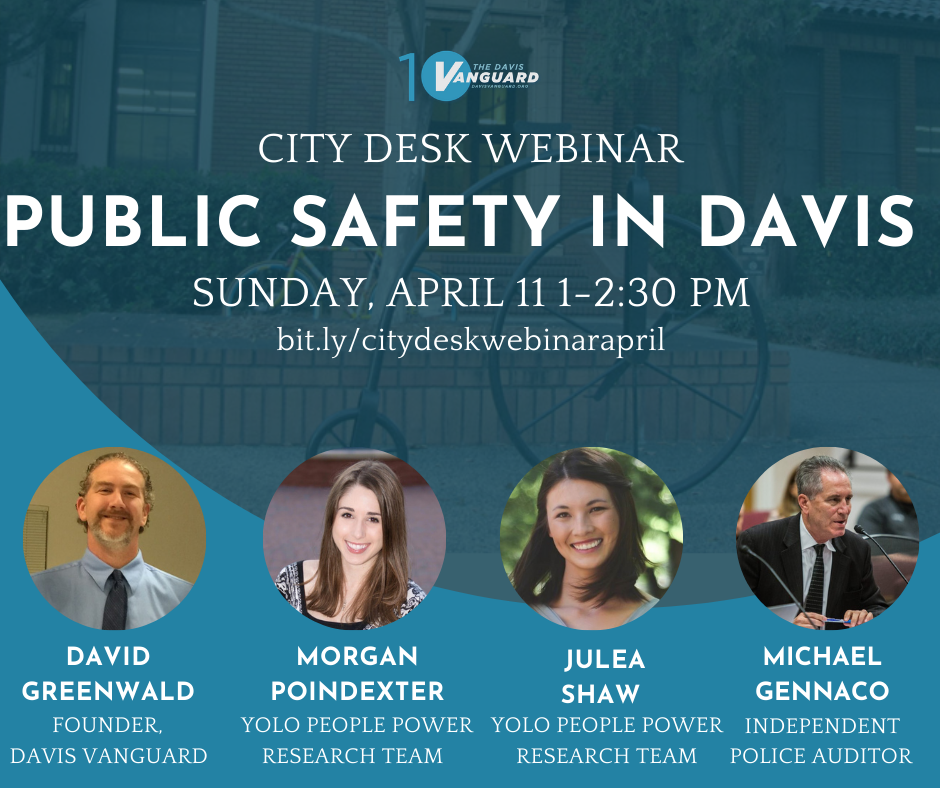 The Davis City Council met on April 6 to weigh in on proposals to reimagine public safety. The Vanguard on April 11, had a post-council discussion on the issues.

David Greenwald – Director and Founder of The Davis Vanguard

Hosted by Lauren Smith and Jordan Varney, co-editors of the Vanguard at UC Davis City Desk.