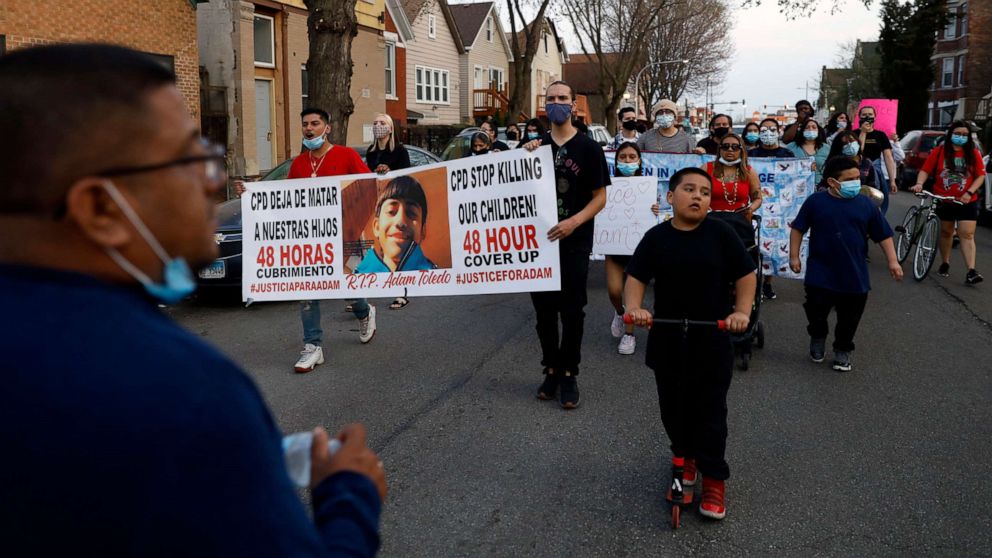 CHICAGO, IL– Officer body camera footage was released Thursday of the horrific police shooting of 13-year-old Adam Toledo—it came on top of the murder trial of Derek Chauvin for killing George Floyd, and the recent traffic stop shooting death of Daunte Wright, both in Minnesota.

The deaths of Floyd, Wright and numerous other deaths at the hands of police officers inspired nationwide demonstrations and protests.

The Chicago Civilian Office of Police Accountability (COPA), a separate agency that investigates police shootings, released 17 files of bodycam footage from involved and on-the scene Chicago police officers, four surveillance videos of and related to the scene of the incident, as well as the Case Incident and Tactical Response Reports.

At 2:38 a.m. on March 29, Officer Eric Stillman, 34, reported gunshots heard in the area, and then chased young Adam Toledo and Ruben Roman, 21, down an alleyway. Roman was subdued and handcuffed by another officer, while Stillman pursued Toledo.

The footage captured Stillman yelling at Toledo to stop, and cursing at him to drop his weapon.

The body-worn footage shows Toledo slowing down and turning around to face Stillman, with raised arms and apparently empty hands. Stillman fired a single shot and Toledo collapsed instantly. The entire incident happened within 20 seconds of the officer exiting his vehicle.

The footage also shows Stillman attempting to give Toledo medical aid for several minutes, asking him where he was shot and telling him to “stay with me.” As other officers arrived on the scene, Stillman stepped away. Toledo was pronounced dead on the scene.

A handgun was found behind the fence, several feet away from Toledo, but was not shown in Toledo’s hands when Stillman fired upon him. The quality of the bodycam footage makes it unclear if Toledo was holding the gun at any point during the pursuit.

Roman is facing child endangerment charges as well as weapons charges, and is currently held on $150,000 bond.

Toledo’s family viewed the footage Monday, via COPA, and are pursuing legal action against Stillman. COPA said that all the videos and reports were not edited, but had some redactions for privacy protections. Originally COPA was not going to release the footage of Toledo’s death due to his age, and only did so due to mounting public pressure.

Stillman has been an officer with the Chicago Police Department since August 2015, with no prior incidents according to the Invisible Institute’s Citizens Police Data Project. He has been placed on administrative duties for 30 days.