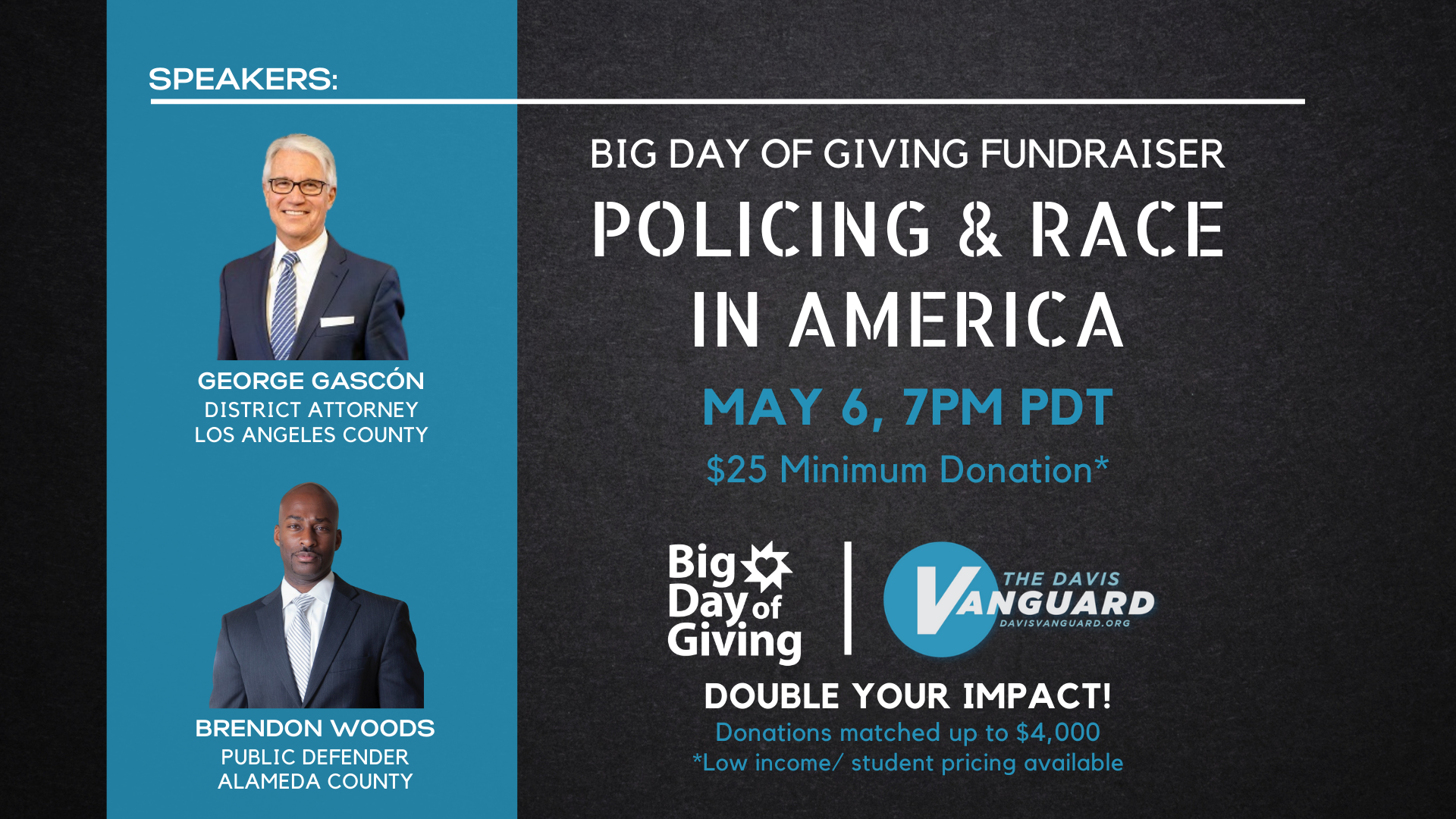 The fundraising event held virtually over Zoom began with introductions of the two featured guests by Greenwald. The first guest introduced was George Gascón, who was elected in 2020 to serve as the Los Angeles District Attorney. Gascón formerly served as District Attorney in San Francisco for nearly nine years from 2011 until 2019.

After a brief introduction by Greenwald, George Gascón spoke about his commitment to reducing mass incarceration and ending the use of the death penalty. Gascón believes the criminal legal system “needs to be completely re-engineered.”

He explained how he has moved away from talking about criminal justice reform after reaching the conclusion “that the criminal legal system was doing what it was designed to do – which was putting away a lot of people in prisons and jails, especially Black and Brown people.”

DA Gascón was glad to announce that within the first 100 days of holding his seat in Los Angeles, has “reduced prison sentences by over 8,000 years” and prevented 77 kids from going into the adult system and 17 death penalty cases from proceeding down the death penalty track.”

Greenwald guided the conversation about race and policing to talk about the Derek Chauvin trial, asking Gascón to discuss the state of policing in the wake of George Floyd’s death and after the conviction of his killer. Gascón responded by saying, “I think it’s important for me to say that we have to be careful that we do not fall into a false sense that something revolutionary just happened with the conviction of Chauvin.”

“The way that the public reacted to this…across many communities for the first time last year…created a historical moment that we need to cease and…ensure that we don’t lose the opportunity to really have systemic change and systemic restructuring,” Gascón stated.

Gascón believes that there remains a lot of work that needs to be done, blaming current laws that empower police to use force inappropriately. Gascón elaborated on the subject, saying, “We continue to see a culture in policing supported by current laws that allow the use of force, especially deadly force, in cases where it is not absolutely necessary – it is not the last resort.”

In addition to focusing on police use of force, Gascón emphasized the importance of dealing with the issues related to qualified immunity, the mechanism that “provides an umbrella for public officials and in this case police officers, from being sued and being held liable civilly for cases of excessive force under a set of circumstances that is very, very narrowly defined for liability to occur.”

Gascón instead suggested “that we have to create a mechanism that actually creates some civil liability…so that police officers [will] actually understand that bad behavior can actually also provide a level of personal liability to them and that will also help and modify behavior.”

Greenwald then turned to the second guest speaker, Alameda Public Defender Brendon Woods. As the only Black Chief Public Defender in the state of California, Woods shed light on how “the police are still exerting their power in a way that oppresses Black and Brown people.”

Woods pointed to the murders of Adam Toledo before the Derek Chauvin trial started for the George Floyd case; Daunte Wright as the trial was being carried out; Ma’Khia Bryant on verdict day; and Mario Gonzalez just a few weeks ago in Alameda County.

“This cannot be reformed…I think it needs to be torn down and rebuilt” Woods stated.

However, he did explain how establishing a decertification process and civilian review boards, ending qualified immunity, and reimagining a police force without guns can help resolve some of the issues within policing.

In his closing remarks, Woods hoped that people “continue to care, continue to fight, and continue to get us to a place where there is justice and where there isn’t a sort of system that is inherently racist that really ends up harming the Black and Brown community.”