RIVERSIDE, CA – Felix Arriaga Soto gets two trials. The first one ended at the end of April when a jury here in Riverside County Superior Court decided he was competent to stand trial.

His next hearing on first degree murder charges is May 18.

But it wasn’t easy getting here—the competency portion of the proceedings led to an intense debate between the public defender and prosecutor.

The conflict arose over a stipulation made on behalf of Deputy District Attorney Samantha Paixao, who requested judicial notice of the fact that the defendant was previously restored to competency in October of 2019.

Soto faced charges involving intentional murder after surrendering himself for the shooting and killing Raphael Ochoa Madrigal in 2010.

However, it was later discovered that Soto suffered from mental illness and frequently engaged with delusions that caused him to believe three people were going to harm him.

As a result, this was thought to have influenced his offense, causing him to rotate between the county jail and Patton State psychiatric hospital.

Throughout the years, many doctors have evaluated the defendant, aiming to determine his state of competency.

Public Defender Kimberly Allee attempted to prove that Soto cannot understand the nature of the court proceedings and assist in rationally presenting his defense.

The trial began with a witness testimony by clinical psychologist Dr. Vallee, who was called upon by Allee to testify on Soto’s competency assessment. Specifically, Allee speculated that based on Dr. (first name unavailable on livestream) Vallee’s examination notes, he had failed to ask Soto about his defense.

“I didn’t ask him what his defense was; I didn’t think it was something I needed to explore with him,” Dr. Vallee asserted. His main concern was gathering enough information to paint a clear clinical picture of Soto’s state.

As for the cross-examination, Paixao confirmed with Dr. Vallee that the purpose of his evaluation was to “devise an informed opinion… regarding Mr. Arriaga’s capacity to understand and rationalize court procedures and to be able to assist counsel in a rational manner.”

Hence, Dr. Valle’s main concerns were regarding whether Soto was competent to stand trial.

The jury was then escorted out, which prompted Judge Anthony Villalobos, Allee, and Paixao to privately address Paixao’s concern from a previous sidebar regarding Soto’s competency.

During this time, Paixao emphasized that Allee’s “narrowly focused area of argument” over the defendant’s delusions warranted a discussion surrounding his ability.

Moreover, Paixao made note that in an interview between Soto and a previous witness, Dr. Wilkinson (also, no first name available), it was revealed that “the defendant stated he understood the various plea options, and he indicated that he would like to proceed to result his case and be sentenced.”

This contradicted Allee’s assessment that Soto wanted to go to trial and present his delusions as truth, which Paixao argued demonstrates Soto did have rational understanding and reasoning. However, because Dr. Wilkinson failed to explain this adequately, the court allowed very limited inquiry by Allee.

In her inquiry, Allee questioned the motivations of Soto, which she believed were rooted in his desire to be released from Patton State hospital, as he believed he was not mentally ill.

“What came out in the testimony was that Soto had actually said that he was considering different options; he hadn’t decided trial or [the plea bargain],” Allee asserted.

Paixao criticized Allee, pointing out that she had sworn to the fact that Soto was adamant that he was never going to take a not guilty by reason of insanity (NGRI) plea.

Allee responded that “specifically what was allowed [as evidence] was the conclusion from Wilkinson that he had indicated that he would like to resolve his case and be sentenced, that had nothing to do with NGRI.”

The jury was then brought back into the courtroom to proceed to the closing arguments; however, a stipulation made by Paixao led to a delay in this process.

Paixao felt it necessary to ask the court to take judicial notice that Soto was determined competent to stand trial on October 9, 2019.

Confused by Paixao’s request, Allee expressed concern that this would only put more confusion in front of the jury since several expert testimonies had generated the presumption that Soto was competent at that time.

“We all know it, but I don’t believe it was specifically told,” reasoned Paixao. She then reminded the court that part of their job is to lift any confusion, which she believes is created by the failure to stipulate Soto’s return to competency in October of 2019. “They could be thinking at this time he’s been incompetent the entire proceeding,” she highlighted.

Allee declared that she would object to this if mentioned in Paixao’s closing argument since she does not see how the stipulation would assist the jury in their determination at all.

“It doesn’t add anything to their analysis to say that the court determined that he was competent previously because they are now asked to determine in a new period of time… they are asked to find current competency,” she protested.

Paixao assured Allee that the stipulation was not being thrown in as a “last-minute tactical advantage” but rather as a safeguard against misrepresenting facts in her closing argument. “We ask that the jury only follow the evidence that is presented to them in the courtroom; this was not introduced to them,” Paixao stated.

She further contended that if Allee believes Soto’s restoration was already in the facts, she should not object to its relevance.

Allee clarified that the manner in which the stipulation was presented is objectionable but not its facts. She notified Judge Anthony Villalobos that her objection would depend on how the argument came out.

And, in the end, the jury decided the defendant was competent for trial. 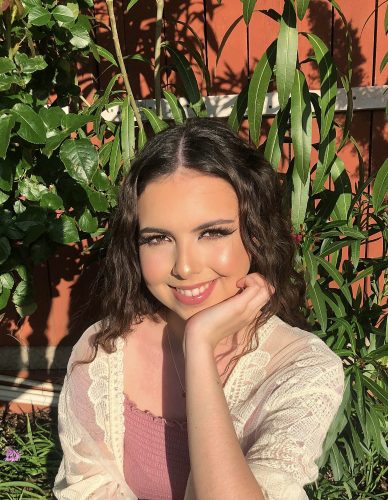 Minerva Melendrez is a third-year student at UC Davis double-majoring in Political Science Public Service and Psychology. She is originally from Pittsburg, CA.