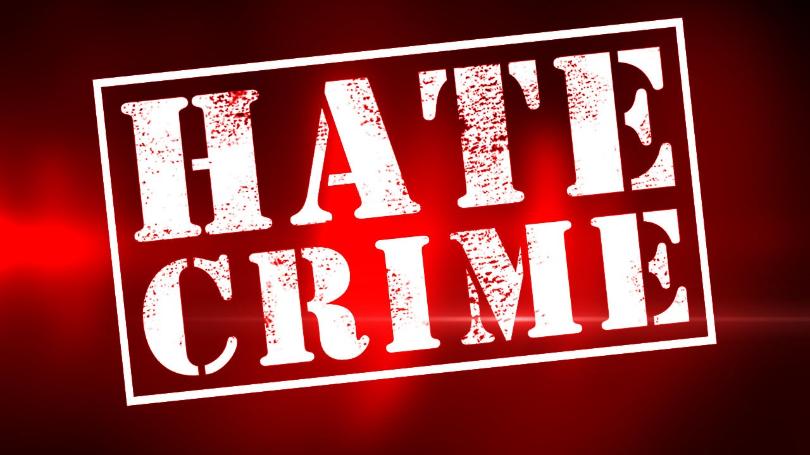 Traditionally the debate over whether to have enhanced penalties for hate crimes has been divided somewhat neatly along partisan and ideological lines.  Those on the left have tended to argue that hate crimes are not simply a crime against an individual, but against a whole community.

While at the same time, the right has tended to argue that it is sufficient to charge conduct, and hate crime enhancements too easily bleed into areas of free speech and personal beliefs rather than conduct.

But emerging recently out of a movement to reform the criminal legal system is a progressive view that sees hate crime enhancements as a continuation and extension of a failed carceral system, and that we are not going to eliminate or even combat hate through penalty and legislation.

The Manhattan DA’s race, which the Vanguard covered extensively in an article on Thursday, bears that out.  One progressive candidate, Dan Quart, took hate crime enhancements off the table while several agreed that charging enhancements was problematic.

Quart believes that the base penalties are sufficient to deal with the problem.

Quart added, “The misdemeanor and felony assault on the statutes are sufficient enough to deal with this problem. But this is of course personal to me. I grew up in Washington Heights in the 1980s, was subject to hate speech and some level of physical assault because of my religion, so I understand it.”

As it turned out, Dan Quart was the only one willing to categorically take it off the table: “I thought I had more company, but that’s okay. Sometimes you have to stand alone for what you believe in. The point is that increased incarceration is not going to change conduct.”

He added that “364 days in Rikers Island is not letting somebody off the hook, or a misdemeanor or a felony assault as well. But I think this is just something… If you’re truly going to stand about principles of decarceration, if you’re consistent with the values many of us have been espousing through 10 months of this campaign, then I think you have to be for…”

But even among those who were not willing to take it off the table, they pushed back against the notion that more punishment was the solution to hate.

Eliza Orlins: “I want to be clear. I do not favor sentencing enhancements. I think that there are incredibly harsh sentences available at the disposal of the prosecutors and I’ve seen them utilized.

“The answer is not more incarceration,” she said.  “There’s no evidence that incarceration, additional penalties, additional enhanced sentencing, or carceral solutions will do anything to combat bias-related instances of violence. It just doesn’t help, it doesn’t work. It’s not the answer.”

She would add, “We need to think beyond policing and prosecution and enhanced sentences and incarceration as the solution to hate-based crimes. And then we need to condemn it in all cases as well.”

She argued that “the hate crime is an enhancement on a substantive charge, which means to say that if someone doesn’t bring a hate crime charge, it doesn’t mean the person is not held accountable.”

But in the race is the more traditional left notion that hate crimes represent more than just the base crime.

Tali Farhadian Weinstein: “I think it’s important to say that what makes a hate crime different from an ordinary crime is that when a hate crime occurs, it’s not just one person who is on the receiving end of the shove or the punch or the act of vandalism, but an entire community, an entire group of people are made to feel unwanted and inhibited and intimated. And that’s why I think we need to name it and to treat it differently from an ordinary crime.”

She added, “So I think it’s imperative to call hate crimes what they are. Understanding that there are enhancements, that does not mean that every single time we need to use prison, but we do need to have it on the table when it’s an act of violence. But we also need to stop being so reactive to hate crime.”

What is the alternative?

Tahanie Aboushi added: “I wanted to say that our presumption would be to focus on restorative justice as we deal with the underlying charges and to reserve these enhancements in just extremely limited circumstances.”

Another progressive candidate, Alvin Bragg, argued, “When I was the head of the Social Justice division at the New York Attorney General’s Office, we saw a huge uptick in hate crimes when Trump was elected. And we took the lead with law enforcement around the state, educating them on the statute.”

He added, “I think it’s so important, whether or not you go on a restorative justice track or whether or not you use enhancement, to call them hate crimes, for the reasons that some of my colleagues have said, but also for data tracking so that we can follow and study this. The data from a government perspective in our state is not great on this.”

Alvin Bragg: “So my inclination is to use restorative justice and use some of the education tools which I have. But to not take off the table, in some of these heinous incidents, the enhancement as well.”

This view is in line with what I argued in my March commentary—we should no longer use hate crime enhancements which simply expand the carceral system and have not been shown to work, and focus instead on restorative justice processes that can at the individual level get those committing hate crimes to better understand the harms caused and urge them to find ways to repair them.

As Dan Quart points out, in a lot of these cases the underlying crime has a sufficient penalty.

The overall problem in the carceral system is that we punish too much, not too little.  And the way to address hate, therefore, has to come from a different approach.

8 thoughts on “My View: A Good Discussion on Hate Crime Enhancements and the Need to End Them”