I distinctly remember watching my first video of the situation in India: crematoriums overwhelmed by lines of wrapped bodies near bright funeral pyres. They were urgently running out of space. Some time afterward, my Instagram stories became filled with pressing calls for help, images of burning wood next to hashtags about a crumbling healthcare system and lack of oxygen.

I can’t shake away the feeling that India’s distress call could have been responded to earlier — including by its own government.

According to NBC News, India passed 200,000 COVID-19-related deaths and became the fourth country to do so. A second wave of infections has broken out and hospitals are suffering from a lack of beds and medical oxygen. The hospitals, however, are not the only places that are overcrowded. Crematoriums are also out of space, and some have even resorted to burning the dead on the streets, parks or in parking lots. The images that I described have circulated around the globe on social media and represent the urgency of the crisis well.

India also broke a world record for the highest single-day figure of new COVID-19 infections, and overall it has recorded 17.9 million cases. Additionally, experts fear that the real death toll is far higher than the official number that was released, which only adds to the weight of the situation.

The international community is treating India’s deadly second wave of the coronavirus pandemic as an urgent global crisis which is what I hoped for. However, I don’t think that the measures that have already been taken are nearly enough. According to a New York Times article, the coronavirus surge is continuing to break records. While I did not expect to see positive results spring up overnight, I still think that this crisis could have been alleviated in the long term. This just shows how unprepared the global community — our world, was for the pandemic.

Vaccinations have been concentrated highly in wealthy nations and the U.S. embargo on raw materials for making vaccinations was only recently lifted. Vaccination inequality exists because of the world’s overall unpreparedness to face the virus. And if you think I’ve been watching too much Vox News recently — you are absolutely right.

That meant that poorer countries were forced to the back of the line for receiving vaccines. In one of the latest YouTube videos released by Vox, Covax, a program co-led by the World Health Organization was discussed as a solution. Through the funds of wealthy countries, Covax could work towards providing equal distribution of vaccines in the world. The U.S. had already announced $4 billion of funding for Covax. However, despite this, Covax has not delivered enough vaccinations to solve India’s problem. I didn’t expect them to either.

After a quiet February when people in India were wondering whether the virus was finally coming to an end, the sharp increase of cases was nearly unpredictable and the people were not equipped to face it. Many had to depend on social media and other means to get help. According to an article by The Atlantic, India’s finance minister announced an aid package that amounted to less than 1 percent of the country’s GDP, which is not sufficient at all.

It’s safe to say that the government and many people did not make the right choices during that quiet period. At the beginning of 2021, the government of Prime Minister Narendra Modi began to take the virus lightly and allowed pre-pandemic life to resume.

As this article of The Guardian stated, Hindus flocked to observe the Kumbh Mela festival and dip in the Ganges river for religious purposes on multiple days, beginning from January. Crowds were largely unmasked. While I respect faithfulness and adherence to spiritual practices, precautions are a necessity and abrupt turns are dangerous. I firmly believe that if people had continued to safeguard themselves and their families — even if it means modifying religious exercises for the greater good — the resurgence would have been weaker. For a fact, Prime Minister Modi’s confidence brought much more harm than benefit, which is why I think the Indian government should take responsibility.

With that said, I also want to direct some attention toward the good news. The Biden administration stated that it would share up to 60 million AstraZeneca doses to other countries. In an interview with Google CEO Sundar Pichai, he says that companies with different capabilities should contribute to the giving of “vaccine production and supply,” and help “with oxygen concentrators and supplies.” He also asserts that Google is working with the Ministry of Health in India to focus on conveying the right information to people there, which I think is vital for everyone. Other countries have also extended their support, such as the U.K. and Pakistan.

But it doesn’t stop here. You can help too. Non-profit organizations such as Hope Foundation and other charity groups are seeking donations for the humanitarian crisis.

While I believe that India’s government did not do enough to protect its people, that precautions had not been taken and that events like this reveal how unprepared the international community is during a pandemic, I also believe that when there are still ways to give a helping hand, there is room for hope too. 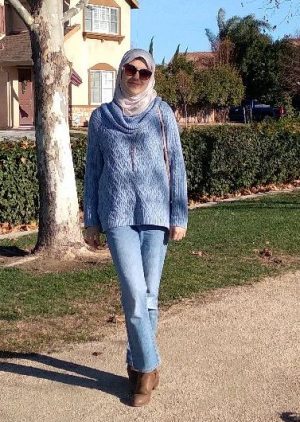 5 thoughts on “Student Opinion: The Covid-19 Crisis in India”