DAVIS – On Monday afternoon, Akiko Iwasaki, epidemiology professor at Yale School of Medicine, presented her laboratory’s current research to the UC Davis College of Biological Sciences. Iwasaki has made major discoveries in antiviral and immune responses that have led to a complete shift in vaccine design for viruses infecting mucosal membranes.

Iwasaki’s research is focused on the pathways in which viruses enter the body as infectious agents, as well as how the body defends itself against such viruses at mucosal surfaces (membranes that line the surface of internal organs).

She began her presentation by explaining her 2017 research about the genital HSV-1 infection as it relates to a mouse model. This is an example of a virus directly causing disease and damage to the host’s tissues because of a bodily infection. Iwasaki’s research discovered the pathway in which the sexually transmitted viral infection, Herpes, causes the disease to its host.

The Herpesvirus was found to first enter mucosa epithelial cells and then connect to the nervous system through the nerve endings of sensory neurons. From there it can transmit to the dorsal root ganglia, which is a bundle of neurons that communicate between the central and peripheral nervous systems, and then to Enteric neurons which are found in intestinal muscles.

One of the most severe effects of this virus is that it goes through a lytic cycle to successfully kill any infected neurons. Therefore, once the virus makes its way to the Enteric neurons in the intestinal tract, a blockage occurs that can result in toxic megacolon and death to the mouse host unless treated with laxatives.

While this study was specific to mice, there have also been reports of people who suffered from chronic constipation finding relief by using antiviral drugs such as acyclovir.

Another study Iwasaki’s lab conducted was to find out the mechanism of how a Zika virus infection during pregnancy will impact fetal brain development and lead to the fetus’ death.

They found that infection occurs through a direct viral transmission route between vaginal mucosa and the developing fetal brain. However, it is actually the response of our Type 1 interferons, the host’s antiviral response meant to protect from infection, that ultimately causes fetal demise.

This Zika virus study provides a primary example of how the immune response of the host’s cell can cause damage indirectly, and lay the foundation for one mechanism of congenital diseases.

Together, the Herpesvirus and Zika virus studies found that viruses can either cause damage directly to the host, or the immune response to the viruses may cause damage indirectly.

This is important because, as Iwasaki said, “to treat infectious diseases, we need to understand which of these scenarios is responsible for disease pathogenesis, [as] treatment strategies will greatly differ based on this knowledge.”

Therefore, when developing new vaccines, Iwasaki sought to take what her lab had learned about the immune system and host physiology and combine it with the natural immune response to viruses. They developed a method termed the “prime and pull” vaccine strategy.

The “prime and pull” method works to recruit and maintain memory T-cells (antigen-specific immune response cells) in a mucosal surface. This works by localizing a T-cell response near the tissue most likely to be infected – for example, a vaccine against the Herpes virus localized in the genital region.

Additionally, this strategy has the potential to work in many areas of the body, rescue existing failed vaccines and be applied to vaccines against cancer.

There is much left to further research, but Professor Iwasaki’s work has shown that studying the immune response to viruses has the potential to combat hundreds of diseases and save millions of lives. 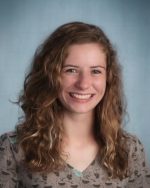 One thought on “UC Davis College of Biological Sciences Holds ‘Mucosal Immunity Against Viruses: From Disease Pathogenesis to Vaccine Strategy’”