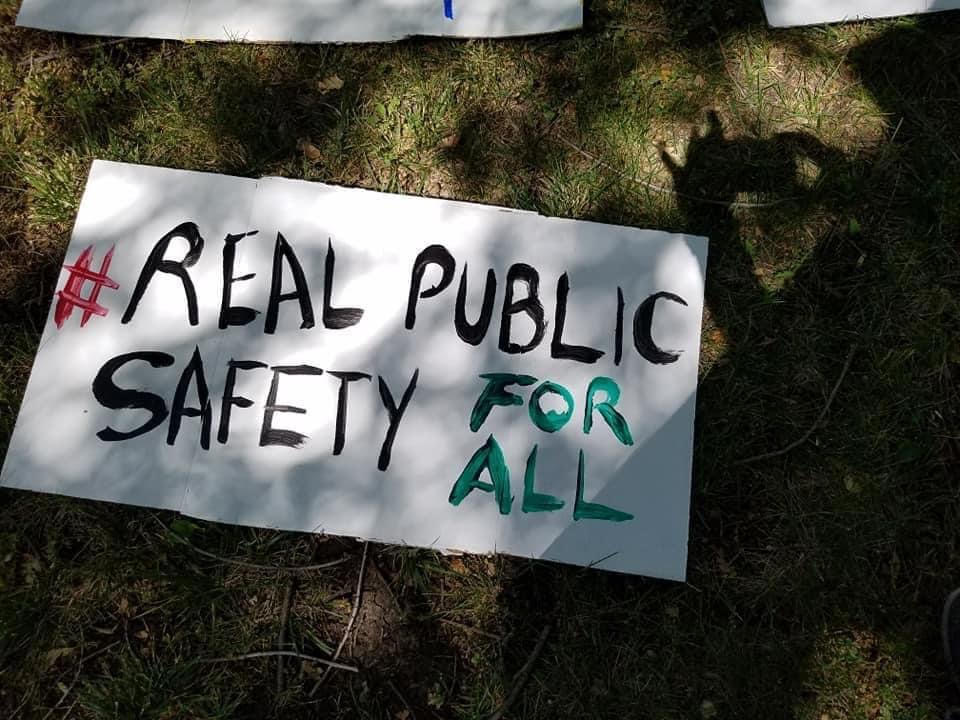 Davis, CA – The city council last week heard the first round of the budget proposal which included, for the first time, some of the items approved on April 6 as part of the re-imagining policing push.  But activists who have been pushing for these changes are not happy that the management level staff position and Crisis Now are not funded.

Some gathered in the park last weekend to push for these changes.

Speaking during the event, former Mayor Robb Davis warned that the police have the power to frame the narrative and the “ability to make themselves the indispensable organization in the city for safety.

Robb Davis pressed the city for these changes, “We need to earmark funds for a new director of public health and safety. We need to grab the narrative in your city. That institutional power is not yielded. The police are not going to yield institutional power, and there’s a place to deal with it from external pressure.”

He added, “What we’re doing, showing up, speaking our piece, proposing other things, analyzing the data, putting it before the population, writing op-eds [is essential].”

Police, he warned, are not trained with the skill set to deal with public health challenges.

In terms of budgeting, he primarily made two key arguments.

First, that a lot of the positions are already being funded.

“When they say, well, where are we going to get the money to pay for it? You’re going to say, [it’s already funded and] you’re already doing it,” he said.

But he also noted, “They could take money today from any number of unfunded positions in this city, which have been unfunded for a long time and shift that money over, they could do it.”

The Vanguard also spoke with Morgan Poindexter and Jordan Varney after the event.

“We’ve talked a lot about how it really seems like this movement for re-imagining public safety has been driven by the public and has been driven essentially by residents of Davis saying the status quo is not acceptable anymore,” Morgan Poindexter said.

She believes that the council has said the right thing.

“If you read their speeches at some of these council meetings, they’re not in opposition,” she said.  “They’re not antagonistic to the goal of re-imagining public safety and transitioning some of the funding to a department of public health and safety.”

But she believes some of this is lip service.

They need to “direct staff to actually budget for what we’re asking them to budget for. and that didn’t happen. That hasn’t happened.”

Jordan Varney likened it to a pool.

“It feels like they’re sticking their toe in and then taking it out,” she said.  “Their words are good and helpful, but the action not there. And all we’re asking is for them to just try putting a couple toes in, maybe a part of their foot.”

She wants to see them “just earmarking funds to create something that will help the town be safer and we’ll change the statistics of what has already happened in town to be better for the future.”

There are two big asks here from the activists in the community—the Crisis Now model and the management level position.

“I would just love to see a plan. I would love to see it like a roadmap, which is some of the things that they did originally talk about, I think back in December,” Poindexter said, acknowledging the complexity of the Crisis Now model.

Poindexter wants to see a roadmap.

She said that “if this was the buy-in that we had, and everybody was on board with this vision, then of course you would say, okay, we’re going to earmark a million of the ARP [American Rescue Plan] funds for startup costs for crisis. Now that million could change, it could be 700, it could be 600, it could be 1.5 million. We’re not sure, but we’re going to put our money where our mouth is.”

The city has three weeks until the final budget is expected to be passed on June 22.  Jordan Varney and Morgan Pointdexter both want to see a “roadmap or a timeline about the nine that they all support for how those would get implemented.

“It’s not everything that I want, but honestly it would be good if the city council and city staff could demonstrate their commitment by funding setting aside in the budget management level positions,” Poindexter added.

The council and city have time to make the changes, but these activists including the former mayor want to see a commitment.

As former Mayor Davis put it, “Do not let a council member say we can’t do that.”