Sacramento, CA – The stories of formerly incarcerated people, some wrongly convicted and others turning their lives around after getting caught up in the system, were on full display last week during an awards ceremony hosted by non-profits helping the formerly incarcerated.

The event was co-hosted by Carl Robinson of Black Zebra Charity as well as Leslie Robinson (no relation) of Trance4mation Nation who created Recharge to facilitate former incarcerated people to help them reconnect with their family and friends through ice breaker questions.

The Life After Time Video Series “provides an authentic and intimate window into the experience of life lived behind bars, and the human toll this experience exacts on human beings, while

offering a solution to heal the wounds of incarceration for those impacted.

“This series asks questions from the Recharge Beyond the Bars Communication game, (www.rechargethegame.com) presently utilized in 90 prisons and jails, and numerous community organizations, as well as amongst friends and family. Recharge is portable, inexpensive, and easily facilitated and utilized by people directly impacted, with minimal to no training. Outcomes have proven decreased feelings of isolation, increased communication and social skills, understanding and processing of trauma and life experiences, more trust in others, connection, and much more.

“Millions of individuals and family members have been deeply impacted by incarceration, with no way to process or to heal these traumatic experiences, or to bridge gaps with one another. We are offering a proven resource, presently utilized by thousands of incarcerated and formerly incarcerated people, through which ‘each one can heal one.’ Let us bring healing to the invisible wounds borne by tens of millions of our brothers and sisters.”

Among the performers was Archie Williams, who was wrongly convicted spending 37 years in prison before getting exonerated.  Williams, now a performer, was featured on America’s Got Talent.

Deskovic presented the awards to nine people—each of them with their own amazing stories.

Henry Ortiz who received the award said that “people are barely starting to realize how messed up the criminal justice is when it comes to people of color.  How punitive it is when they stack a life sentence.

“They’re punishing trauma that was never treated in these communities that are oppressed, that are criminalized, that are ruled by these cops,” he said.

He would add that “even though we’re 10 percent of the country, we incarcerate more people than the whole world.”

The fifth award went to Ken Foster who is a bestselling author, has 35 years in personal and business development and is a TV, radio and podcast producer.

Foster explained that in 1992, he was in Sacramento and seeing a counselor because at that point “my life sucked, everything sucked…  I was estranged from my children. I was spending every dime I made. I was doing drugs and alcohol every day. I was trying to feel good, trying to be in the skin.”

He went to the counselor and said he heard a voice in his head, “you’ve got to feel the pain to make the change.”

“He said, Ken, I can no longer work with you. You need to follow that voice,” he explained.  Two days later he walked into an AA meeting and that was 29 years ago.  “I’m still making amends.”

He told the story about Azim Khamisa, who lost his son to a gang member when he was only 18 years old.  Azim “went to the father of that child and said, we both lost our children. And they started a foundation and they’ve gone around the country and solve bullying and help people to work those troubled kids.”

The work he’s looking do is reduce recidivism, “We’re thinking in terms of billions of dollars that need to come into the system. We need, the right politicians behind us. We need the system. There are systems already. Germany has a system, which is absolutely incredible.”

He said their recidivism rate in Germany is far lower than the US, which is nearing 70 percent.

He also explained a program out of Minnesota that has a recidivism rate of less than 10 percent.

“We have the ways to do this now, but what right need not right now is we need backing. We need funding. We need political clout,” he said. “We need to get outside of the box.”

The next organization was Hussle 2.0 and Silverio Strong.

“They reduce crime violence and recidivism through evidence-based correspondence programs that equip incarcerated people with the tools to transform their lives by changing their thoughts and behavior.”

Hussle 2.0 has a recidivism rate of only 8 percent compared to the national average of 68 percent.

He explained that Defy Ventures and Hussle 2.0 mean to him “a life-changing understanding about the struggles of going through hardships of the scars that we have left on identifying.”

He continued, “We have all, some scars internal and Defy Ventures and Hussle 2.0 offered a multi-layer program to peel that away and to get to your humanity, to get to your compassion, your empathy of the directors of these programs.”

These programs, he said, help with the three R’s.

The first is release.  “What comes with your release, what came with my release was a lot of hard work, a lot of self-inventory and it came over a decades of time because I wanted to change, but I didn’t get it. So I had to recycle myself through programs over and over again, until I found the seeds that was able to interest me to participate.

“The people that I have met through the program,” he said, “they came and they gave me more than I could ask for.  I was able to connect with real people and I was able to experience and receive within my heart and within my mind, things that I had never done in my upbringing, because I didn’t have those influences, those role models, those mentors, those advisors, and these people, that community of people became that.”

He explained that as a mentor and public speaker, he engages people in an exercise called stand up.

“The exercise is basically, you find what you stand for and you take a physical stand where you are,” he said. 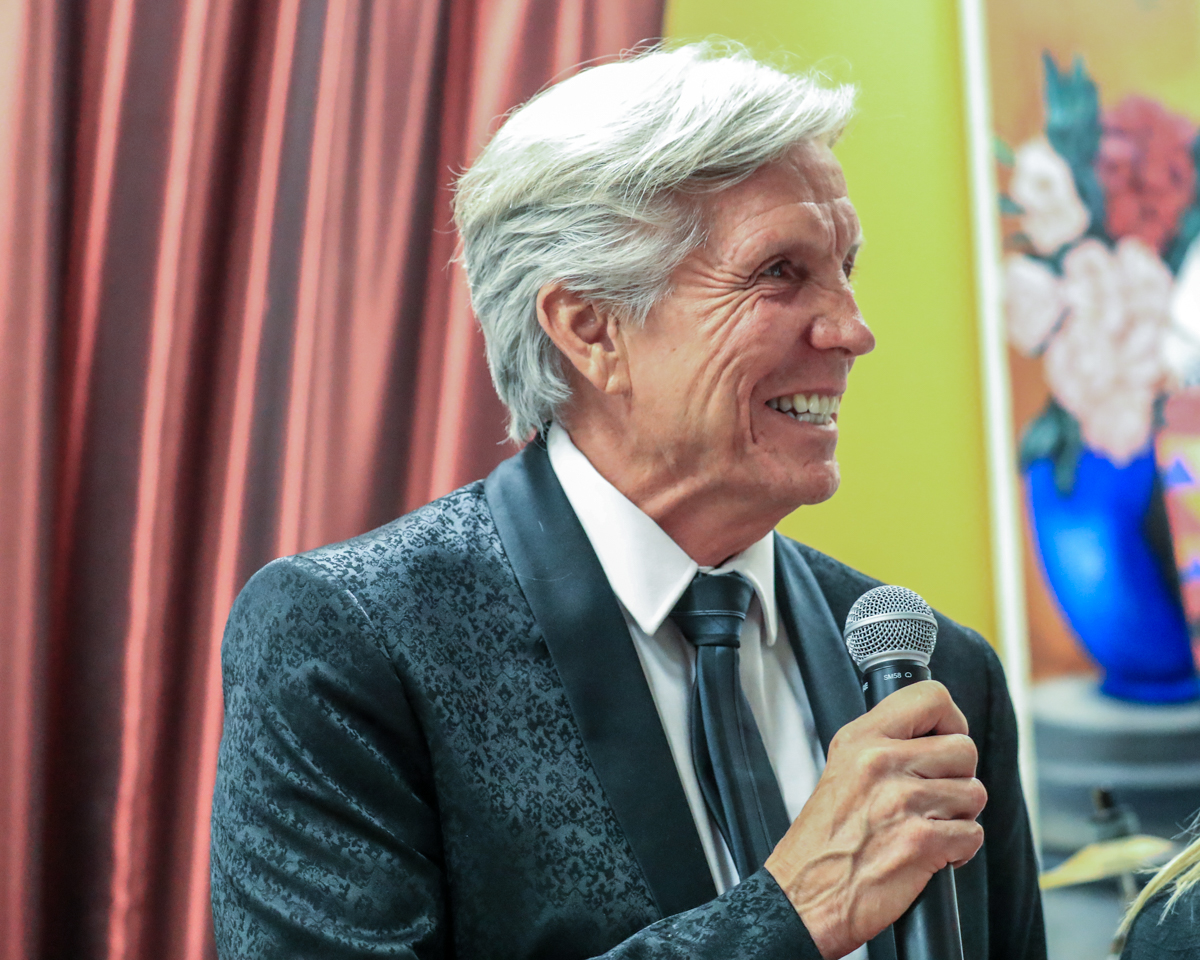 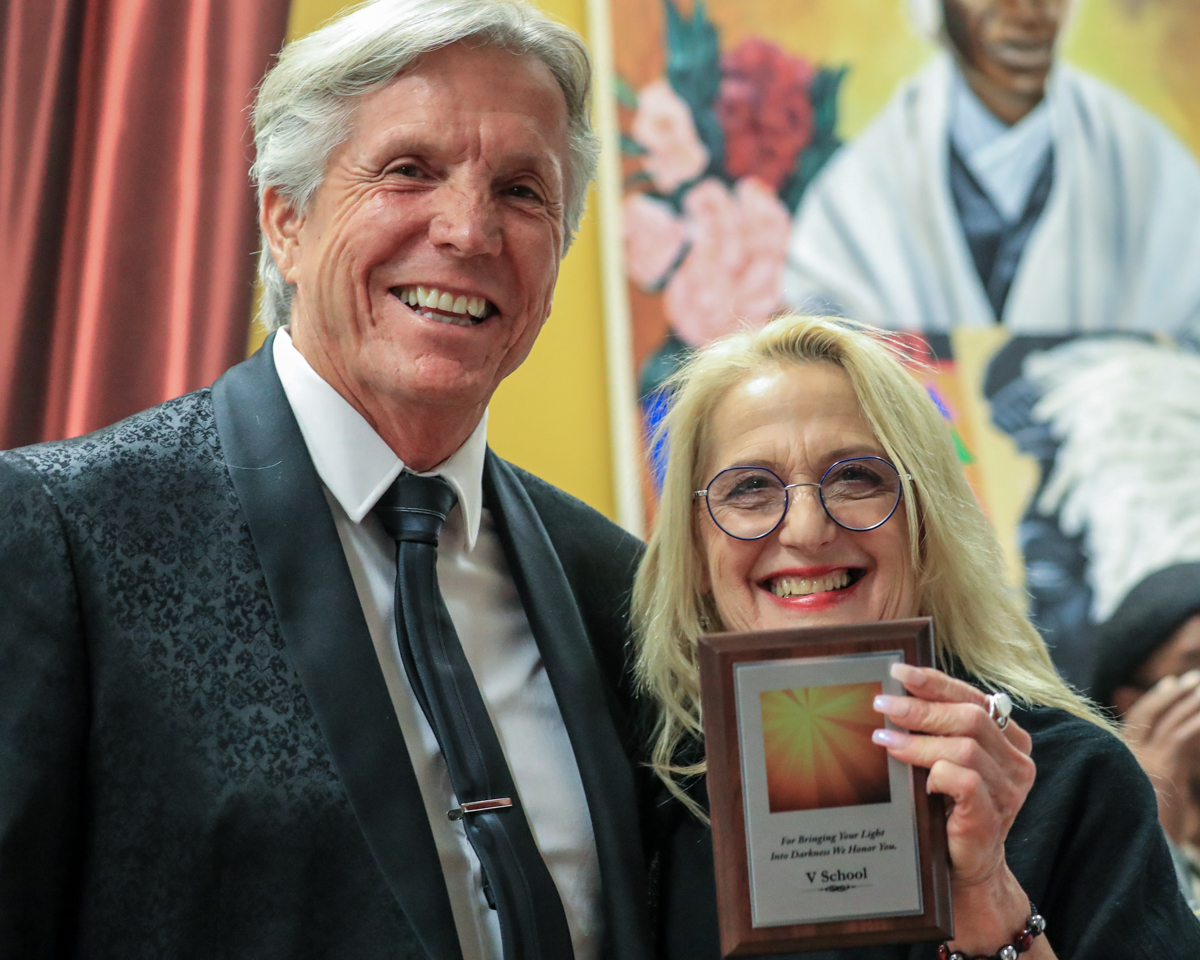