Sacramento, CA – The stories of formerly incarcerated people—some wrongly convicted and others turning their lives around after getting caught up in the system—were on full display last week during an awards ceremony hosted by non-profits helping the formerly incarcerated.

The event was co-hosted by Carl Robinson of Black Zebra Charity as well as Leslie Robinson (no relation) of Trance4mation Nation who created Recharge to facilitate former incarcerated people to help them reconnect with their family and friends through ice breaker questions.

The Life After Time Video Series “provides an authentic and intimate window into the experience of life lived behind bars, and the human toll this experience exacts on human beings, while offering a solution to heal the wounds of incarceration for those impacted.”

“This series asks questions from the Recharge Beyond the Bars Communication game, (www.rechargethegame.com) presently utilized in 90 prisons and jails, and numerous community organizations, as well as amongst friends and family. Recharge is portable, inexpensive, and easily facilitated and utilized by people directly impacted, with minimal to no training. Outcomes have proven decreased feelings of isolation, increased communication and social skills, understanding and processing of trauma and life experiences, more trust in others, connection, and much more.

“Millions of individuals and family members have been deeply impacted by incarceration, with no way to process or to heal these traumatic experiences, or to bridge gaps with one another. We are offering a proven resource, presently utilized by thousands of incarcerated and formerly incarcerated people, through which ‘each one can heal one.’ Let us bring healing to the invisible wounds borne by tens of millions of our brothers and sisters.”

Among the performers was Archie Williams, wrongly convicted and spending 37 years in prison before getting exonerated.  Williams, now a performer, was featured on America’s Got Talent.

Deskovic presented the awards to nine people, each of them with their own amazing stories.

Penelope talked about the power of God to bring all these people together on this day, June 19.  “Those that had been erroneously incarcerated. And those of us who had never been to prison, but sometimes they’re still in prison in our minds. And then you meet someone like brother Carl, who spent 15 years in prison, come to the Potter’s house. And I’m not like a lot of things. He’s given opportunities, people at the Potter’s house and I’ve never been in jail and don’t plan to go.”

“Label me free,” she said referring to the name of the event.  “Let everyone know that I am free.  You want to put a label on me, label me free.”

The next group honored was Pawsitive Change.  “The goal is to aid in the rehabilitation of humans and animals.”

His powerful story was: “I started Marley’s Mutts, which is an animal rescue, after I was diagnosed with end stage liver disease. I was 28 years old. I drank and drugged myself into liver failure. Doctors told me I needed a liver transplant. I wasn’t going to get one. You need six months of sobriety to qualify for liver transplant. I hadn’t had six hours of sobriety, much less six days, six weeks, six months. A dog named Marley rescued me when I got out of the hospital after I got admitted to the comprehensive transplant center at Cedars-Sinai Medical Center.”

He said “we dedicated ourselves to save the mutts that helped save me.”

About six years into the process, a friend of his got out of prison, he had served 13 years in prison and was incarcerated at age 17.

“He just like anybody else, had ended up in prison and he adopted a dog. He came up to my house and he adopted dog I had been fostering. This dog had been shot, 40 caliber slug to the chest. We had to remove one of the lobes of this dog’s lungs,” he explained.

When he got out of prison, he was scared of people, places and things, but when the friend adopted that dog, “it changed his entire life, changed his whole trajectory.”

“He was somebody who was destined to be back in prison. He was a recidivism statistic, one of those 68% waiting to happen. And he ended up going on to form his own animal rescue organization called Strike the Shadow, named it after that dog,” he said.

That led them to want to get into the prison system and provide the same rehabilitation that we want to provide for incarcerated men and women and children.

DeJuan Lewis Director of Defy Venture received the next award.

Lewis explained, “Defy Ventures is an entrepreneurship and employment readiness program that’s facilitated nationally but also inside of the state prison systems and and through entrepreneurship and employment readiness, we are helping to build equity in the communities providing men and women, who come home from prison who have bad credit scores, who it’s hard to get loans from SBA, or who are overcoming the barriers and hurdles that it takes to create a small business.”

Lewis was incarcerated himself for about five years in South Georgia.

But he knew he could do better, and so when he got out, he was running a transitional re-entry facility in San Francisco, when he came across a lifer.

“I realized then that my perception wasn’t reality,” he said.  “So part of my destiny journey is to help change the perceptions as well as my states into reality because often what we perceive is not what the reality actually is.”

Finally, Jeffrey Deskovic was honored for his work on behalf of inmates, to fight wrongful convictions and his efforts to free 11 wrongfully convicted people.

Deskovic explained, “The way I make sense of what happened to me is my mission in life. And I, I believe in God. So my mission in life is to free people in the same position that I was in, prevent that from happening in the first place while simultaneously fighting for the broader criminal justice reform issues.”

He explained, “I’m often asked, am I angry? My response is always that I want to enjoy my life as much as I can, whatever it is I have left. And I can’t do that while simultaneously being angry. I feel like I lost so much. Why would I want to, in effect, lose the rest of my life? If I was to go down that negative path, it’s not as though I would be negatively impacting the people responsible for what happened. I would be the only loser within that scenario.”

Nineteen people he did time with were exonerated before or after him. 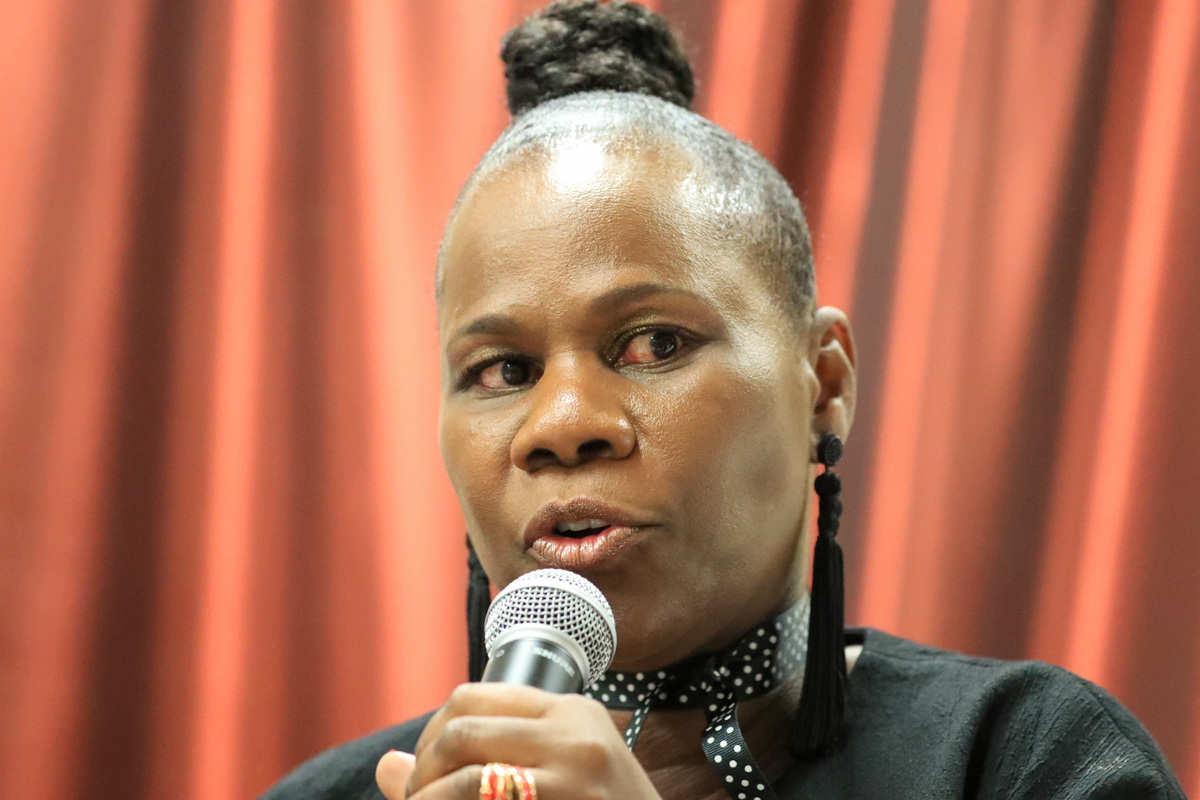 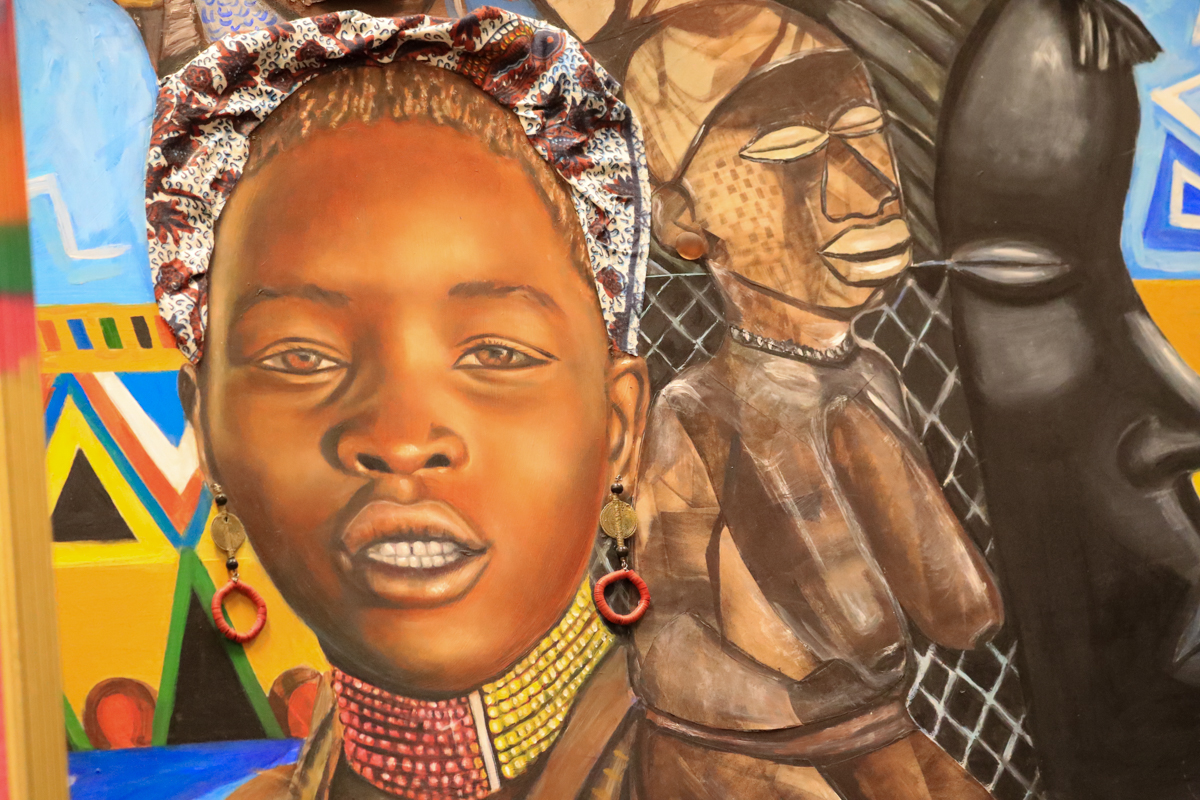