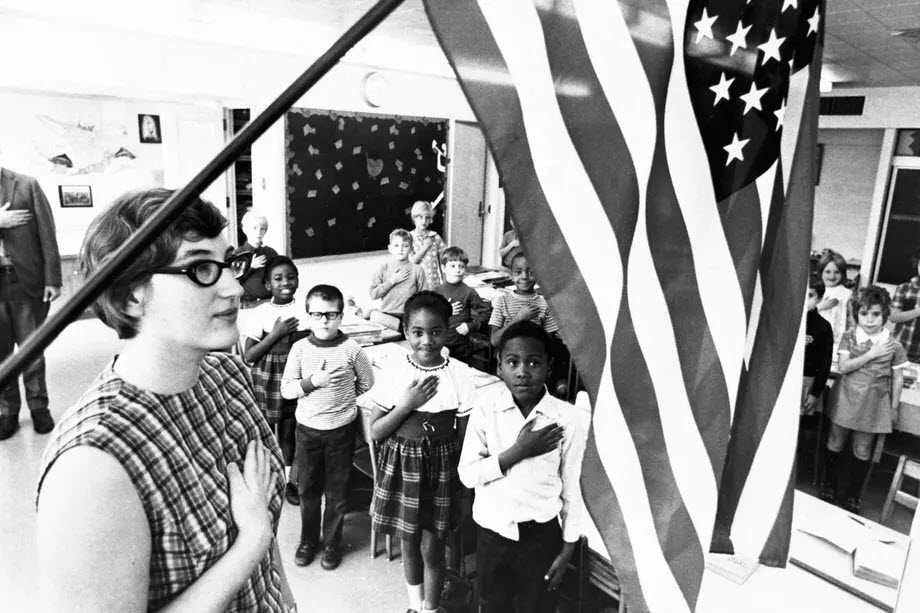 Catching up on the news this weekend, I caught NY Times columnist Nicholas Kristof’s newsletter.  I haven’t focused that much on critical race theory—in part because it’s not exactly new and in part because I believe most *racism* in contemporary life is explained through unconscious bias and systemic or structural racism, though there are politicians now tapping into latent racism as a political tool.

More on that in a moment.

Nevertheless, it was interesting when we ran an ACLU piece, a “nationwide attempt to censor discussions of race in the classroom is underway. These bills don’t just set back progress in addressing systemic issues, they also rob young people of an inclusive education and blatantly suppress speech about race.”

The commenters pointed to a NY Post article which noted, “Critical race theory is fast becoming America’s new institutional orthodoxy. Yet most Americans have never heard of it — and of those who have, many don’t understand it. This must change. We need to know what it is so we can know how to fight it.”

The NY Post got it right—most Americans have never heard of it and many don’t understand it, including apparently the people attacking it in the first place.

But when a listener asked him to define critical race theory, here’s what Ricketts said:

“The critical race theory—and I can’t think of the author right off the top of my head who wrote about this—really had a theory that, at the high level, is one that really starts creating those divisions between us about defining who we are based on race and that sort of thing and really not about how to bring us together as Americans rather than—and dividing us and also having a lot of very socialist-type ideas about how that would be implemented in our state.”

As the New Republic points out, “Critical race theory has been studied for decades, but it received relatively little attention in the wider cultural sphere until the past year, when conservatives adopted it as a catch-all term to demonize and discredit the anti-racist, anti-police brutality movements that sprang up in the wake of George Floyd’s murder.”

They continue: “Its academic context, which is chiefly concerned with the endemic racism in American institutions and power structures, is not actually essential to the current political discourse being promulgated by Republican politicians, conservative institutions, and the right-wing media. The conservative movement is simply wielding the academic jargon as a means to gin up a moral panic.”

Here’s the thing—we now have been focusing for the last few years on key issues such as the impact of criminal justice policies from the 1970s until this decade which exploded the criminal system and helped produce mass incarceration, disproportionately impacting Black people in particular and people of color in general.

We also have the impact of housing segregation which has produced deep pockets of poverty, and of course the legacy of enslavement.

The key question—what do we do about this and what is the role of government?

As Ed Week explains: “Critical race theory is an academic concept that is more than 40 years old. The core idea is that racism is a social construct, and that it is not merely the product of individual bias or prejudice, but also something embedded in legal systems and policies.”

And that is what I am arguing.  Racism is a social construct.  Moreover, while we have made progress (probably not enough) in combating individual bias and prejudice, the tricky problem is how it becomes embedded within the legal system and policies.

Even policies that look like they should be race neutral are not.

I will give a quick example—US drug policy.  For reasons that perhaps made more sense in the 1980s and 1990s than now, crack cocaine had about ten times the penalty as powdered cocaine.  Was that policy guided in prejudice?  Probably.  But it was also guided in fear and paranoia at the times that at best were only subconsciously race driven.

Yet those policies had a profound racial impact, because most of the people prosecuted for crack were Black.

Drug policy goes deeper than just that law.  Most studies show Blacks and white use drugs at equal rates, and yet, by at least a six to one margin, those arrested and prosecuted are people of color.

One is a resource issue—police departments have put their resources into so-called high crime areas which tend to be Black and Brown neighborhoods.  That means that people caught up in enforcement efforts, whether it be raids or stop and frisk, are people of color.

In fact, stop and frisk itself was ended because it appears that unconscious bias drove who got stopped, who got frisked.

We also know that not only are Black people disproportionately stopped in vehicles stops, they are disproportionately searched, even though studies show that whites are more likely to be found to have contraband—a chief reason for that is that Blacks are likely being searched based less on overt evidence and more on who they are.

Finally, there is a resource-based answer for the disparity.  People living on the margins do not have the protection of doing drug deals and using drugs in the privacy and relative safety of their homes.  That puts transactions and use on the streets rather than behind closed doors, leaving them vulnerable to law enforcement actions.

Understanding these dynamics are important.  It is also important to know that racism is part of everyday life and that people who do not intend to be racist may well be perpetuating the system by failing to understand how policies that are race neutral continue to perpetuate a system that produces vast inequality.

But during oral arguments, then-justice Ruth Bader Ginsburg said: “It’s very hard for me to see how you can have a racial objective but a nonracial means to get there.”

Especially when, without exploring the impacts of policies, policies that do not appear to have racial consequences, in fact, do.

40 thoughts on “Monday Morning Thoughts: Do Conservatives Even Understand What Critical Race Theory Is?”