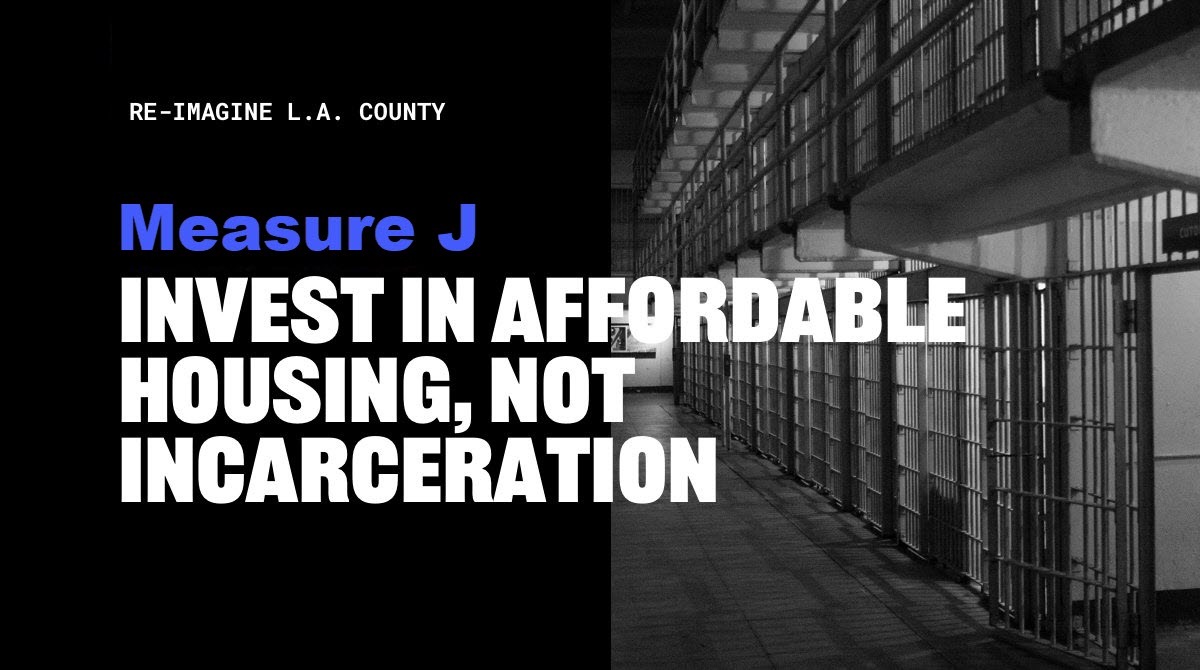 Measure J’s budgetary plan itself was not ruled to be unconstitutional; rather, how it allegedly forcibly restricts the future budgetary decisions of the L.A. County Board of Supervisors.

Judge Strobel asserted that the current board or future boards could allocate funds in a manner similar to Measure J, but that making such a budget compulsory is unconstitutional.

The leaders of Re-Imagine L.A. Coalitions and members of the L.A. County community disagreed.

At the virtual press conference on, hosted by Megan Castillo, one of the leaders of the Re-Imagine L.A. Coalition, many community leaders and members criticized Judge Strobel’s decision.

Elise Buik, President and CEO of United Way of Greater Los Angeles, said that Judge Strobel’s decision shows “how structural racism shows up in our government entities, budgets, and in our legal system with judges’ rulings.”

Alec Karakatsanis, Executive Director of Civil Rights Corps, said the decision is “an invalidation of the democratic will of millions of voters in Los Angeles County on the thinnest and most unsupportable legal ground.”

Karakatsanis criticized the legal basis of the decision charging that “nowhere in California law (which considers direct democracy as “sacrosanct”) does it say that the people of Los Angeles have been deprived of their authority to give their… local elected officials some moderate constraints in terms of how they budget. It’s just nonsense to say that the legislature of California intended that.”

Many of the speakers also asserted that the decision to strike down Measure J hindered L.A. County’s attempt to move toward a care-first, jails-last model of criminal justice and policing.

Jacky Guerrero, Director of Equity in Community Investments of the Advancement Project, lamented this decision, because she believes that L.A. County has the opportunity to “set that international and national bar for how to move… to a care-first model.”

In addition to hindering the implementation of a care-first, jails-last model of criminal justice and policing, the decision invalidated the voice of residents who “overwhelmingly voted yes on Measure J… to invest in black and brown and low-income communities rather than incarceration… [and] to furthering the Board’s care-first vision,” said Melissa Camacho-Cheung, Senior Staff Attorney at the ACLU of Southern California.

Ruby Rivera, Director of Community Organizing at Innercity Struggle, also advocated for the care-first, jails-last model, asserting that public safety and how it is promoted needs to be redefined by communities themselves, echoing a sentiment similar to that of Karakatsanis.

Karakatsanis said that “the court has such a narrow, unfounded, and limited view of what public safety is. (The voters) are reimagining what public safety is. And one single judge, on the thinnest of bases, has stripped away from the people of California one of their most important democratic rights, which is defining for themselves what safety is.”

Castillo endorsed the idea that public safety and how it is promoted should be redefined and determined by communities, citing how law enforcement is currently “unequipped to care and to tend to us in the way that we need to be.”

Michae De La Cuadra, of the Translatina Coalition, then lamented over how Measure J was just “crumbs” of what its proponents originally wanted.

Moreover, De La Cuadra saw the judge’s decision to rule Measure J “unconstitutional and sides with the police…not necessarily surprising… for me and many other people in the community and who have been doing this for years, we don’t trust the system… constantly we see them siding with the police and siding with a system of punishment.”

To combat the disappointment over Measure J’s invalidation, Eunisses Hernandez, Director and Co-Founder of La Defensa and Co-Chair of the Measure J Campaign, urged proponents of Measure J to keep fighting for the “long-haul.”