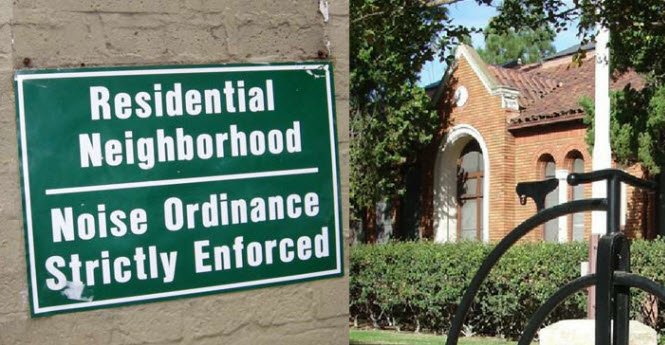 Because the City of Davis is considering a revised sound ordinance, I thought it would be helpful to hear from Robert Lawson, a sound professional, who recently posted the following informative piece on Nextdoor.com.

I am a Certified Industrial Hygienist and Certified Safety Professional with over 35 years experience taking sound level measurements and commenting on noise issues as a part of the CEQA process.

1. It is unusual, and in my opinion a bad idea, to base the City of Davis noise ordinance in large part on sound levels averaged over a 1 hour period (l eq – 60 minutes).

Unless I’m mistaken, only San Diego uses l eq – 60 minutes. Although several use a sliding scale for averaged sound levels (30 minutes to 5 minutes, based on sound levels) most of these have specific mention or provisions for impulsive noise (noise of very short duration with a sharp onset), which is the type of noise that has had much discussion lately in town in regards to recreational equipment.

The nonoise.org site also includes a summary review of hundreds of ordinances across the country, indicating that 60 minute averaging (l eq 60 mins) is not common in community noise ordinances.

2. It could be costly and difficult to enforce a noise ordinance largely based on average noise levels over a 60 minute period.

An employee of the city or a contractor would be required to personally perform the one hour measurement in order to have an enforceable result. At an hourly employee wage, this would be costly. Unless the noise equipment is attended at all times (or somehow installed in a remote protected place), the equipment is easily subject to tampering (to either raise or lower the number) making the result indefensible.

3. Sound levels averaged over a 1 hour period (l eq – 60 minutes) are particularly ill-suited for evaluating short, sharp noises – often called “impulsive” noise (such as metal pieces clanging together, a fire cracker, a gunshot, a roofing nail gun). The two biggest problems are the effect of averaging, and the slow-response setting that is typically used for the measurement.

The longer the averaging period, the easier it is for truly high numbers to disappear. Imagine a 1-hour drive. You average 100 mph for 5 minutes and 60 mph for 55 minutes. Your average speed for the one hour trip is 63 mph. A similar thing happens when you average sound over a 1 hour period (though, because sound is on a logarithmic scale the calculation is not intuitive).

A note on 1 hour/slow response averaging. This type of measurement is typical for relatively steady background sound, such as from highways and factories (often sources that have some economic benefit and are hard and expensive to do anything about).

6 thoughts on “Sound Professional Weighs In on Proposed Noise Ordinance”