The hosts of the event said the goal of this space was to be a place for underrepresented artists to raise consciousness about the intersections of gender, race, ethnicity, class, ability, sexuality and other socially constructed categories.

This year’s DFFF lineup was curated into eight experimental blocks that represented the deep complexity of experiences that people with marginalized gender identities face while exploring the difficult question of what makes a film feminist and how shifts occur given different cultural contexts.

The eight blocks were titled “The Body and The Self,” “Power and Protest,” “Next GenZ Speak,” “Surviving Together,” “Womxn & Femme,” “Crossings, Borders, Transitions,” “Intersections of Interconnection” and “Slice of Life.”

Jessica Zlotnicki, the graduate student researcher for this year’s DFFF, gave a short introduction before opening the floor to the filmmakers, letting them introduce themselves and their work.

Ho recently graduated from UC Santa Cruz and said she had been working on an experimental short documentary film, “sống ở đây/ to live here,” which focuses on the lives of Vietnamese shrimpers and elderly farmers in New Orleans, understanding the reverberations of the past and present in day-to-day labor.

She said she is currently working on a film centered around her mother and the motherly love and care that prevails in her garden.

Bruno Montenegro said he is a Peruvian transmasculine activist, audiovisual editor and animated piece editor in Troika Media Creativa. He said he has devoted his career to the creation of short documentaries.

Montenegro’s film, “Getting Married,” focuses on Montenegro’s experience as a young transgender boy who didn’t believe in marriage until a few months later when he learned that his friends from Iquitos married in Argentina and returned to Peru. He said their actions helped him make the decision to travel to Iquitos to dispel his doubts.

Naseeba Bagalaaliwo introduced herself as a Ugandan creative communicator and strong writer with experience in creative project management and media.

She told the story of “Scalp Deep” which explores the deeply intertwined relationship between hair and constructions of identity. She said her film captures the struggles of a young African woman as she navigates the reactions and expectations of others after she decides to commit to a new look.

Dhalaria said she is passionate about representation in the media and telling impactful yet entertaining stories that do not shy away from the unique experiences and struggles of women.

Dhalaria told the Himalayan story of “COVID RESPONSE,” a documentary on the ongoing global pandemic and how it affects a remote Himalayan state in India.

She said the film takes a critical look at the various ways in which people’s suffering – mental, physical and financial – have been worsened by the novel coronavirus.

She said her film gave a platform to unheard voices and stories that challenge us from our comfort bubble of what we know, hoping to inspire a greater insight into perspectives that often go unheard.

While the live events have ended, all Davis Feminist Film Festival films and relevant information can still be visited and viewed at https://linktr.ee/davisfemfilmfest. 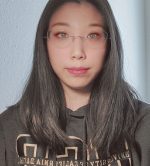