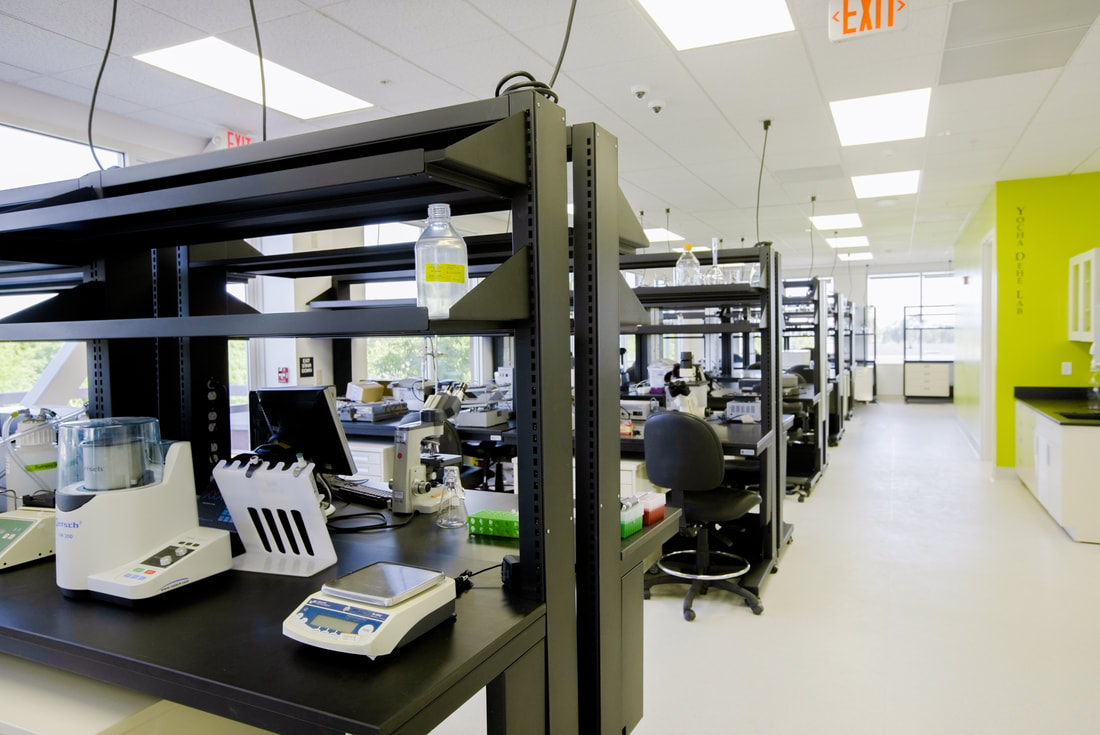 Woodland, CA – AgStart this past week launched their operations on their shared wet lab (Yocha Dehe Lab), food lab (Raley’s Food Lab) and co-working space—the only facility of its kind in Northern California.

The lab as previously reported in the Vanguard is a private-public partnership that renovated an old office on Main Street in Woodland to transform it into a lab and co-working space.

“The Lab@AgStart represents a unique public-private partnership that came together to fund the $1.5 million wet and food innovation lab space, creating a shared-use incubator for innovators and entrepreneurs in the Ag, Food and Health industries,” a press release stated.  “The 4,800 square foot space in Woodland was made possible through support from multiple public and private organizations.”

The Yocha Dehe Lab is one of only four wet labs in the region focused on supporting start-up companies.

“The Bio-Safety Level 1 facility will address the immense demand for wet lab space for start-ups by adding 2,500 sq.ft. of wet chemistry laboratory space and capacity for 28 dedicated laboratory benches,” the release continued.

“It’s a true incubator now,” Leanna Sweha, the program director of AgStart, told the Vanguard in a phone interview Monday.  “We’ve really expanded from being a mostly virtual type incubator with a coworking office space to a fully

This space, Sweha said, is what is “really needed in the region. Just reasonably priced.”

While the lab just opened last week, they have been working on this since it was first announced last September.  “We’ve been recruiting companies for some time.  The vast majority of them are from the region and have either outgrown their space at one of the other local incubators, and they’ve known about our facility,” Sweha explained.

The 28 lab benches provide space simply not available at other facilities in the region.  Leanna Sweha pointed out that places like HM Klaus Innovation Center and the Bayer Collaborator both have long waiting lists to access space.

One of the problems for the region in terms of attracting and helping start-up companies in the technology space grow is the lack of wet labs.

The Business Journal last year, for instance, noted that the lack of wet lab space is impacting UC Davis as well, where professors cannot get the space that they need, forcing the university to lease space off campus. But that space is scarce and expensive.

She told the Vanguard back then, “We just talked to somebody who’s interested in the lab at AgStart and he said before he learned about the lab at AgStart, he was concluding that there’s no lab space left in the state.”

Sweha also noted Woodland’s proximity to the university, which will make it a prime location for university spinoffs as well as the need for growing Bay Area companies looking to grow and needing affordable space.

“Equivalent space in the Bay Area would be probably double, if not more the cost, if you’re talking again about shared wet lab space,” she explained.

Ag Tech companies have the advantage of moving closer to the growers, Woodland is a big food processing center, and, in this region, they would have better access to capital.

In addition to the Yocha Dehe lab, a wet lab, the Raley’s Food Lab is “a certified food facility where innovators can develop new food products, ingredients, and recipes for taste testing, sampling and small-volume sales.”

The facility is fully outfitted with kitchen and food preparation equipment and will be reservable for use by established and aspiring food entrepreneurs.

The release noted, “It is the only food lab of its kind in Northern California, making it ideal for food entrepreneurs to experiment and test new foods and food ingredients in a region renowned for its vibrant agriculture and food innovation ecosystem.”

The facility will also provide co-working space for “lab users and other entrepreneurs to conduct meetings, phone or video conferences, as well as a place to convene over a coffee in the break area, in order to build a community of creative collaborations among fellow entrepreneurs. “

Most of the companies looking to come to the lab are small start-ups.

They partner with the larger established firms to provide “very reasonable priced facility for start-ups” and “early stage companies.”