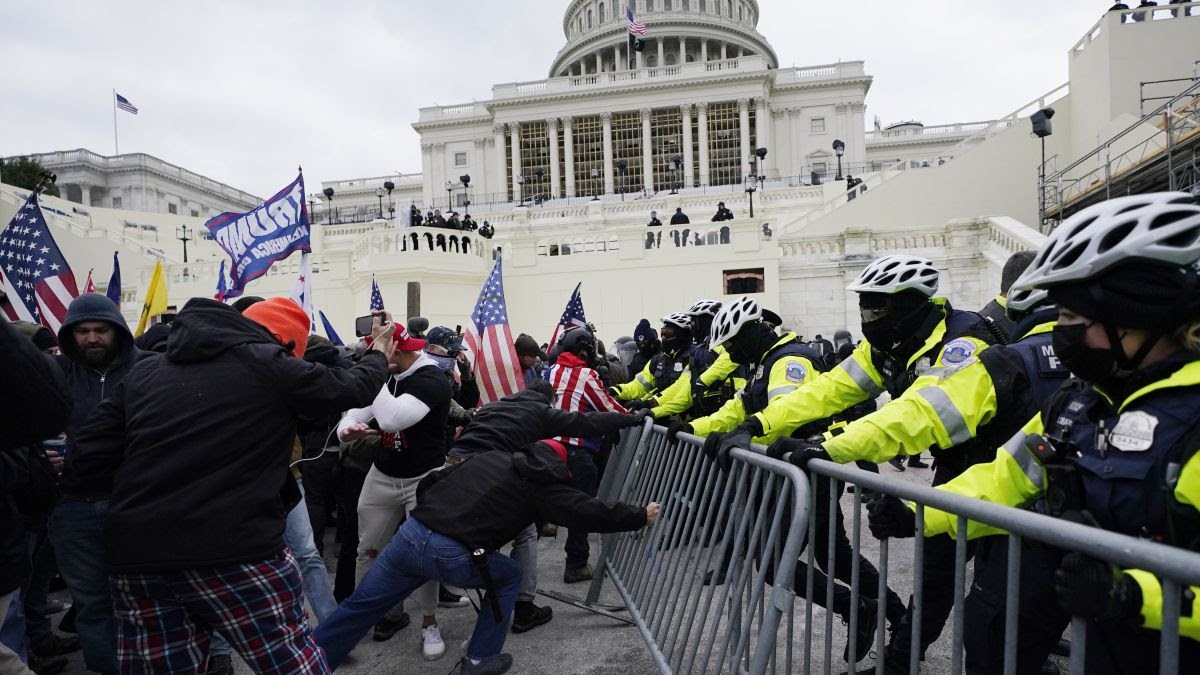 By Alexander Pleitez and Esme Lipton

WASHINGTON DC – Six months have passed since the Jan. 6 attack on the U.S. Capitol and authorities are still making arrests.

The U.S. Attorney’s Office for the District of Columbia and the FBI’s Washington Field Office are using video evidence to search for those involved, as well as requesting the public’s assistance for finding such individuals.

Hundreds of arrests have been made, and some perpetrators have already been convicted and sentenced.

The attack on the U.S. Capitol was one of the most striking and polarizing events of 2021 thus far, with many viewing it as a historical occurrence. Thousands of Americans stormed the building, but the rioters mainly consisted of Trump supporters who believed the 2020 presidential election was rigged.

The attack disrupted a Joint Session of Congress in affirming Joe Biden as the president-elect. According to the Architect of the Capitol, the building endured approximately $1.5 million worth of damages from the riot.

The U.S. Attorney’s Office for the District of Columbia and the FBI’s Washington Field Office have taken charge of the investigation and prosecution of those involved in the attack, noting:

“The Department of Justice’s resolve to hold accountable those who committed crimes on Jan. 6 has not, and will not, wane.”

The mass number of participants responsible for the damages continues to be unveiled on a growing scale.

According to The U.S. Attorney’s Office for the District of Columbia, more than 535 arrests have been made in total, with arrests in almost every state; on average, that’s about three arrests per day since the attack.

Over 165 people face charges for assaulting, resisting, or interfering with officers and employees.” In fact, roughly 140 officers—around 80 U.S. Capitol Police and 60 Metropolitan Police—were attacked by those involved in the riot.

Police officers weren’t the only victims at the Capitol that day: so far, six arrests have been made for assaulting a media reporter or member, or damaging their equipment.

Nearly 495 people have been charged with entering a restricted area, including 55 individuals who did so while in possession of a deadly weapon. 65 people are facing charges of theft or destruction of government property.

Despite the mass number of arrests, only 10 individuals have pleaded guilty to an assortment of federal charges, many of whom will face incarceration.

With perpetrators located all around the country, the extensive assortment of evidence gathered, and the severity of the crime, the FBI is currently seeking public assistance in identifying over 300 individuals, many of whom committed violent acts during the riot.

According to the FBI tip page, “We have deployed our full investigative resources and are working closely with our federal, state, and local partners to aggressively pursue those involved in these criminal activities.”

The FBI has also released videos and photos of suspects involved in the attack, urging Americans to call in with tips if they have any relevant information. The phone number is listed as 1-800-CALL-FBI (1-‪800-225-5324).

4 thoughts on “Authorities Still Searching and Arresting Participants in the Attack on US Capitol Six Months Later, FBI Asking for Help”