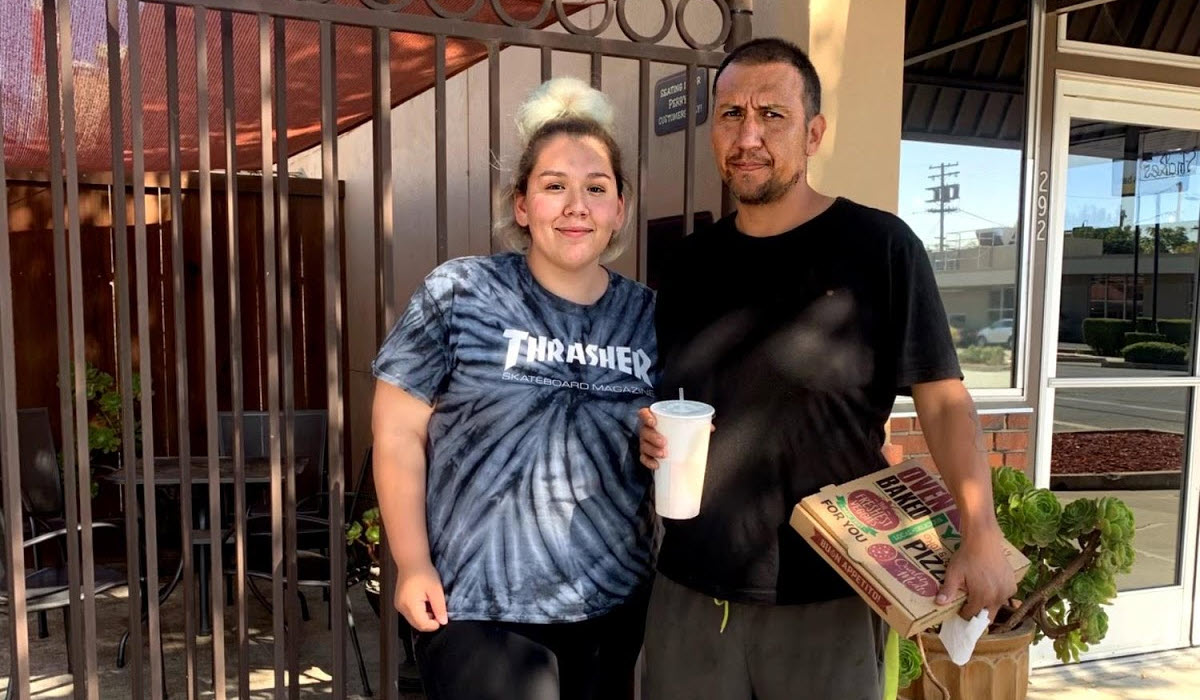 Eloy Gonzalez with his daughter

Modesto, CA – Instead of de-escalating the situation when called to respond to a potential burglary call, attorneys for the family of Eloy Gonzalez believe that the sheriff’s deputies unnecessarily escalated the situation, and then wrongfully shot and killed the mentally disturbed man.

Civil Rights Attorney John Burris held a press conference on Thursday to announce the filing of a federal lawsuit on behalf of Eloy Gonzalez, Jr., who was shot to death by Stanislaus County Sheriff’s Department deputies on September 27, 2020.

The incident began the morning of September 27, 2020, when the Stanislaus County Sheriff’s Department received a call about a silent burglary alarm in Modesto.

At this point they came across the 41-year-old homeless man who was sitting alongside an exterior wall of a building in a make-shift cardboard shelter.  Deputies had no indication that the man was

involved in the initial call nor had he threatened anyone.

However, when the deputies encountered him, they began yelling profanities and threats at him.

Gonalez responded with confusion at the deputies’ tone, and at this point he showed that his hands were empty and calmly asked what was going on.

Attorneys charge—backed by body worn camera footage, that the deputies berated the man, escalating the situation.

Back-up arrived with additional deputies, including a K-9 unit, and they continued yelling at the man.

“At no point did the deputies attempt to use de-escalation tactics,” the complaint charges.  “Instead of backing away from Mr. Gonzalez, who was surrounded, the deputies slowly encroached on him, irrationally compressing the zone of safety and time.”

One deputy stated that he saw an object located underneath his belongings and asked, “Is that a knife?”  Another deputy responded, “It looks like some kind of tool.”

The complaint charges that at this point Gonzalez remained seated, his hands empty.

“Though there was every opportunity for the deputies to create time and space and employ the de-escalation tactics all California police officers are trained to use, especially when responding to mentally impaired people, the deputies did the opposite and unreasonably escalated the situation,” the complaint continued.

The complaint charges that it was the deputies who initiated the force.

“After multiple minutes of Mr. Gonzalez attempting to calmly communicate with deputies who were aggressively screaming at him, the deputies became violent. One deputy fired a beanbag shotgun at Mr. Gonzalez, and then almost immediately, multiple additional deputies rushed to tackle him while continuing their verbal assaults,” they write.

“Deputies Brandon Silva and Chad Lewis then fired multiple fatal gunshots at Mr. Gonzalez, even though he had already been tackled and restrained by multiple other deputies,” the complaint explains.

In a phone interview, John Burris called it “a pretty outrageous fact pattern.

“This is a classic example of when the police come up on a situation where if they had properly assessed the situation they would have seen that this man was homeless and that was his home,” he explained.

He also suffered from mental infirmity.

For example, as the complaint noted, a deputy told Gonzalez that he would be arrested if he did not comply with their commands.

At this point, Gonzalez responded, “Well you’re going to have to explain that to the President.”

The complaint charges, “Despite multiple signals that Mr. Gonzalez may not have understood the reality of what was happening and was exhibiting diminished mental capacity, sheriff’s deputies continued to escalate the situation to the point of irreversible harm.”

Burris told the Vanguard, “An assessment would have been just to calm that situation down, holding at abeyance, and go look to see if there was really a burglary somewhere.”

He said, instead, “they constantly harassed the guy using profanity and shouting at him.  They really exacerbated the scene.”

Burris said this is exactly what you are not supposed to do when the person exhibits signs of mental illness or diminished capacity.

The complaint charges, “(The deputies) were required to take (Gonzalez’s) mental impairment into consideration, and utterly failed to do so, instead irrationally escalating their use of force to lethal force.”

Burris pointed out, “This is a case where a minor, minor event winds up where a person is killed.”

The object, Burris explained turned out to be a hatchet which he believes Gonzalez had for self-defense.

“But he didn’t pick up that hatchet before they started beating on him,” Burris said.  “This is a classic example of time and distance.”

Burris believed if they had maintained proper space and distance from Gonzalez, they would not have felt the need to use deadly force.

The complaint also pointed out that Deputy Brandon Silva who, along with Chad Lewis, shot and killed Gonzalez—firing multiple gunshots when he was tackled and restrained, has a history of using lethal force.

The complaint notes that he has repeatedly been charged with using excessive force, however, the county had failed to discipline or “otherwise remediate Deputy Silva regarding the reasonable use of force including lethal force.”

“This is a classic example of how you don’t treat a human being who is homeless or mentally impaired,” Burris added.