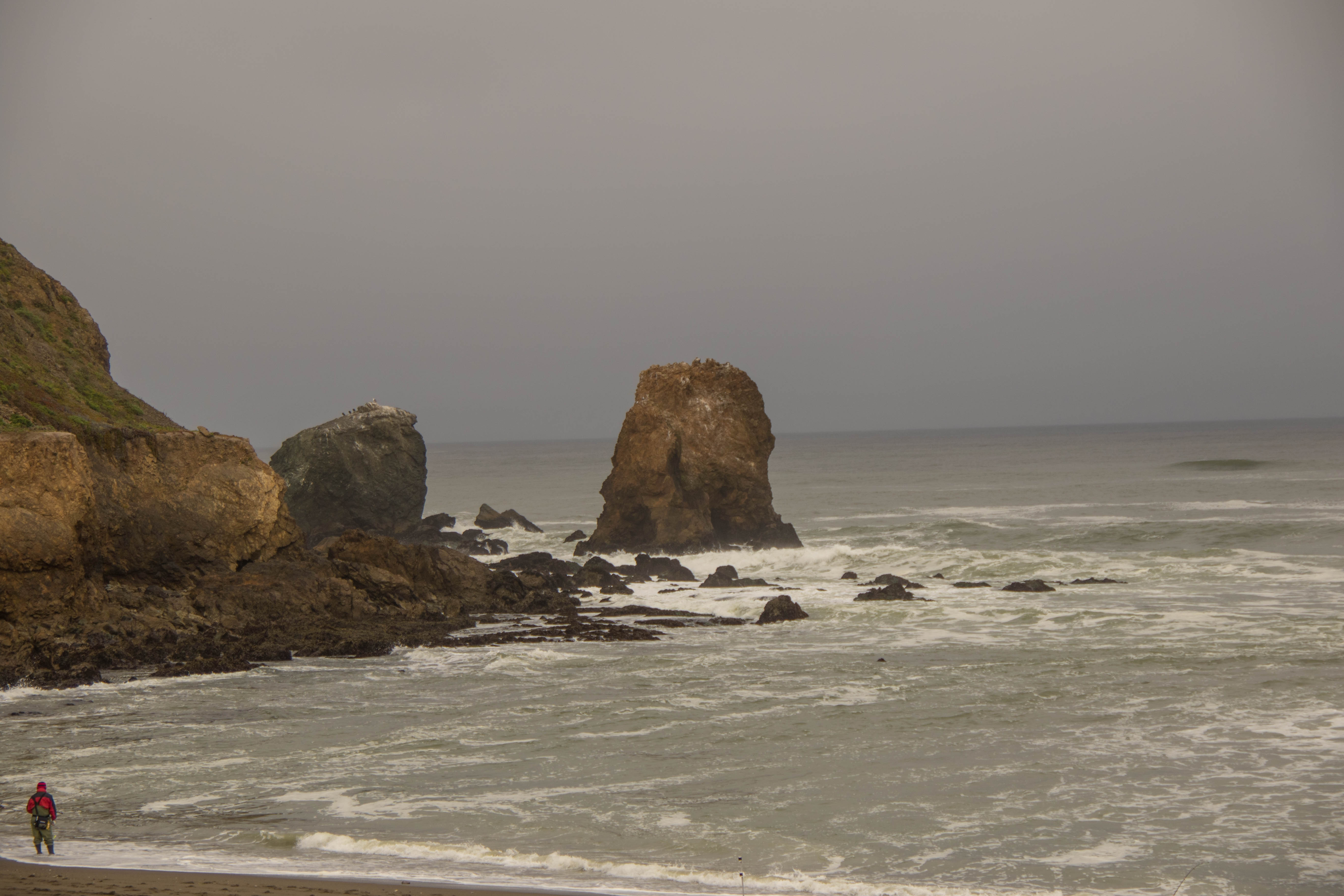 The errors and omissions in The Atlantic’s recent The California Dream Is Dying article are the very definition of “fake news.” The causes the article cites for that dying dream include unaffordable housing, NIMBYism, failing schools, burdensome regulation and a lack of meaningful political opposition.

The author (Conor Friedersdorf) doesn’t mention that unaffordable housing is not exclusive to California. Rhode Island is as likely to be unaffordable.

Nevertheless, he parrots recent headlines about how its high prices are driving people out of state, but mentions nothing about how Richard Nixon put a moratorium on federally-built affordable housing a half century ago, or the way Ronald Reagan cut HUD’s affordable housing budget 75 percent, after he cut taxes on the rich roughly in half and, with his successor, raised payroll taxes eightfold.

Affordable housing in the U.S. has been sabotaged from its inception in the ’30s and ’40s–apparently poor people deserve to be treated badly.

It’s not that we don’t have the resources, either. San Francisco reportedly has five times more vacant housing than it has homeless, and that is not a problem exclusive to California. The Canadians started taxing such vacant investor homes in Vancouver to address the problem, apparently with some success.

Incidentally, taxing land makes it cheaper because speculators can’t afford to hold it off the market until its price peaks (see realestate4ransom.com).

How important is high-priced land in making housing unaffordable? Ryan-Collins, Lloyd and Macfarlane in Rethinking the Economics of Land and Housing estimate that 80 percent of recent house price rises stem from more expensive land.

Friedersdorf is correct in saying fierce NIMBY opposition to more compact development hinders affordability, but what he omits is that in California’s tax structure residences don’t pay their own way.

Asking a neighborhood to accommodate more school children without funding the resources to teach them, more parks, or more public programs is bound to provoke opposition.

Given the multi-generational, bipartisan attack on the public realm–everything from sidewalks to schools to parks and other public amenities–it’s not difficult to understand why suburbanites are reluctant to believe public figures’ promises, and resist development that would demand an even more robust public realm, never mind that strangers would move into the neighborhood.

Friedersdorf also does not mention that Americans inhabit a continent where military attacks and old world diseases (malaria, yellow fever, measles, smallpox, etc.) killed 90 percent of its native population so previous generations’ expectations about available land are certainly biased in favor of abundance.

Could we have reached the limits to land and resources now? Could current, limited “opportunity” stem from California’s now-played-out goldfields in the north state, or the declining oil production in the south state? Could disappointment about some “dream” already be baked in the cake? Gosh! I wonder!

Geometric progressions and cancer are things that grow without limit.

Expecting America’s land or economy to grow indefinitely, without frugal attention to our limits, is unhealthy and delusional. But hey, “No one ever went broke…underestimating the intelligence of the American public” (said H.L. Mencken)

The current economy has reduced a significant portion of the population to debt peonage. The Fed notes that 40 percent of Americans can’t handle a $400 emergency without selling something or borrowing. Sixty-five percent of seniors have only Social Security for their retirement. The creditors are in the drivers’ seat.

Meanwhile, interest on debt is one of the geometric progressions that compounds to infinity, while the resources of the real economy available for repayment, level out.

The mathematical inevitability of unpayable debt haunts our nation–as it has haunted every civilization since ancient Babylon–never mind, California–yet the U.S. elected a president who voted to tighten bankruptcy just before the biggest downturn in more than a half century, the Great Recession.

Where’s H.L. Mencken when you need him?

Friedersdorf cites California schools in trouble, yet makes no mention of the impact of prop 13. That’s like talking about the Great Depression without mentioning poverty. [“White courtesy telephone for H.L. Mencken!”]

Now California schools are either 27th or 41st in the nation in per-student funding–it depends on your point of reference–not in the top ten as they used to be.

Incidentally, this problem is not exclusive to California, either. Nationwide, federal grants to higher education have declined 55 percent since 1972 (says investigative journalist David Cay Johnston), and the states themselves have cut even more—37 percent in the last decade in Oklahoma (says OKPolicy.org).

For that information, he could also have interviewed former Sacramento Mayor Kevin Johnson’s wife Michelle Rhee. No interviews with teachers, though. Hmmm. Puzzling. Could he have an agenda?

The school “reform” industry is well-funded, typically by billionaires like the late Eli Broad who gave Rhee money for her “Students First” organization.

They even produced a propaganda film called Waiting for Superman featuring Rhee’s tenure as superintendent of Washington D.C. schools where she fired teachers who weren’t “adding value,” producing higher test scores in their classes. Waiting touts Finland’s schools as the ones to emulate. Oddly, the film does not mention that Finnish teachers are tenured, unionized and well-paid.

The school improvement tactics suggested by the “reformers” are these: (union-busting) charter schools and/or vouchers (“school choice”), merit pay for teachers (because they’re so motivated by money) and testing, testing, testing.

Science validates none of these as improving educational outcomes, yet the myths persist and attract millions in funding from our plutocratic friends.

In Finland, the childhood poverty rate is two percent. In the U.S. it’s 23 percent. Could some of those poor parents be too preoccupied with survival to choose objectively even if they got vouchers?

Could the plutocrats funding “reform” want to distract us from their egregious wealth in the midst of the impoverished? Gosh, I wonder!

Does Friedersdorf mention or explore any of that? Nope. Instead, he interviews Romero who portrays the teachers’ union as the bad guys. No teachers need to apply for an interview, apparently.

He does find some stupid laws, even though finding stupid laws and regulations is like shooting fish in a barrel.

After all, we could consume a boxcar full of marijuana without killing ourselves, but the drugs that kill literally millions (tobacco, alcohol, prescription drugs) are universally legal, whereas marijuana is finally coming out from under the racist prohibition initiated by the DEA’s Harry Anslinger (his tenure was 1930-1962). Incidentally, Harper’s Index once said that of 1,000 drug-related deaths in the U.S., only one originated with illegal drugs.

So is California’s dream dying; is it still the “land of opportunity”?

I’d suggest the problems faced by the planet, the nation, and California are pretty similar. The climate catastrophe barreling down the tracks toward us is not going to respect state boundaries. The financial parasites who brought us the subprime mortgage/derivatives meltdown are still not incarcerated.

Whether we build multi-family homes to house less-than-wealthy people is almost entirely the product of national mortgage policy. Even the desirable New Urbanist, non-sprawl, pedestrian-friendly mixed-use, mixed-income neighborhoods are dependent on financing.

New Urbanist neighborhoods cut vehicle miles traveled roughly in half, compared to sprawl, and have such good market acceptance that homeowners pay premiums to live in them

Change the FNMA underwriting guidelines to require it, and you’ll have New Urbanism in a hurry. Continue to finance sprawl, a civic design convention stemming at least partly from racist white flight, and we’ll continue to get sprawl.

It has nothing to do with over-regulation, or California. Finance is the key to smart growth. Currently federal loan underwriting guidelines, with a few exceptions, finance dumb growth.

We must, apparently, always and forever reduce taxes, deregulate, and employ the subterfuges listed above to keep the population squabbling among themselves, fighting over these distractions rather than targeting the real culprits, and finding real solutions.

Furthermore, the plutocrats’ attack on the government and its social safety net is in service of “labor discipline.” That’s the message that you had better take whatever crappy job is on offer, or you will suffer the indignities of poverty, ill health, even homelessness and starvation.

And if you’re extra ornery, we’ll put you in a cage. The U.S. is currently the world champion incarcerator. This kind of thinking is the whip in the hands of the plutocrats.

And Friedersdorf is their true servant, adding to the whip of poverty, the distraction of misplaced focus to the problems begging for solution. He’s a shill for inequality, and the immiseration of the American population, not for solutions to the serious problems we face.

2 thoughts on “Guest Commentary: Is California Still the Land of Opportunity?”