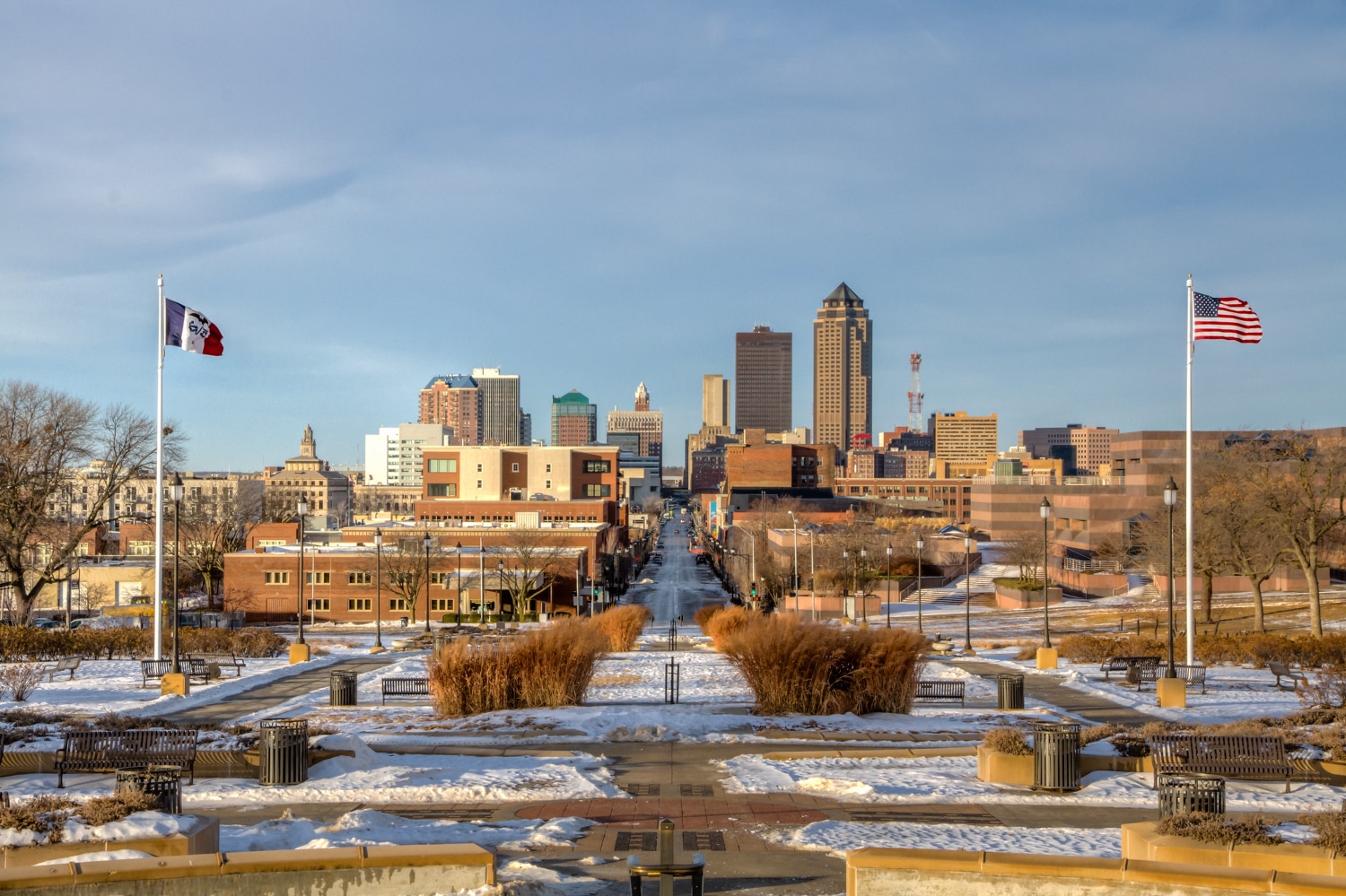 Violent crime in the county has soared during Sarone’s decades-long “tough-on-crime” tenure. Between 2011 and 2016, it increased by over 33 percent in the Des Moines metro area—one of the highest increases during that period nationwide.

But Sarcone decided to not run for re-election next year, opening his seat up for the first time in over 30 years. Two candidates are now vying to redefine the role in Iowa’s most populous county. The differences between them will show whether the “progressive prosecutor” movement, which has mostly taken off in big coastal cities, can gain traction in a smaller city in the American heartland.

On one side is Laura Roan, a current prosecutor in the office with a long career in the field. She has handled some of the most serious recent criminal cases in her state, from kidnapping to sexual assault to murder.

On the other is Kimberly Graham, an attorney for children in the justice and family court systems. While new to prosecution, she has political experience, having run for US

Senate in the 2020 Democratic primary as a progressive.

Roan has already differentiated herself both from the incumbent, emphasizing that she will not be Sarcone 2.0, and from Graham, noting the difference in their level of prosecution experience. On her campaign website, she boasts that she is “prepared to do the job from day one.” While it is very rare for a top prosecutor in a sizable office to handle trials personally, many voters consider prosecutorial experience necessary for candidates.

Although selling voters on the best path to public safety is clearly a focal point of any prosecutor election, there are other important matters for candidates to address. One of those is how to reduce incarceration rates—and Polk County, after decades under Sarcone, has a clear need.

Out of all Iowa counties, Polk had the third-highest prison admission rate per capita in 2015, just behind Woodbury County. Only Black Hawk County had a substantially higher rate.

The pretrial incarceration rate also ballooned from 63 per 100,000 people in 1990, the year before Sarcone took office, to 264 per 100,000 people in 2018—a more than 400 percent increase. Nationally, most people who are locked up before trial are there because they are too poor to pay bail.

Voters can reasonably expect Roan to implement her own take on a traditional law-and-order approach. Graham seems more likely to look at the root causes of crime.

While Roan has shown competence in holding people accountable for many of Iowa’s worst crimes of recent years, her record raises some red flags.

In handling the cases of the two men who killed Kedarie Johnson, a Black, genderfluid high school student, in 2016, Roan misgendered the victim at trial, denied the defense access to important evidence, introduced irrelevant evidence (a sex tape of a woman unrelated to the case), and defended the virtually all-white jury pool.

As an assistant US attorney, Roan also charged people in sweeping federal drug conspiracies, leading to sentences that seemed to greatly exceed what the law might normally provide.

According to PACER, in 2020, she prosecuted Muzammil Ali for a “conspiracy to distribute Tetrahydrocannabinol (THC),” the psychoactive compound in cannabis. Despite no allegations that Ali possessed a gun or engaged in violence, Ali recently received almost 20 years in prison. Roan did not respond to Filter’s request for comment.

Candidate Kimberly Graham cannot match Roan’s level of experience, but she is embracing reforms that have become part and parcel of the progressive prosecutor movement in bigger cities nationwide.

Graham has announced that the default position of her office “will be to not prosecute people for low level, nonviolent offenses like marijuana possession,” She also promised that her office would promptly respond to public records requests and keep “detailed statistics on charging and sentencing.”

Voters can reasonably expect Roan to implement her own take on a traditional law-and-order approach. Graham seems more likely to look at the root causes of crime when making a crime prevention plan, and would represent a much more significant change. Time will tell what people in the district want—and given the national trends that may be illuminated, it will be fascinating to find out.

Rory Fleming is a writer and licensed attorney.  Originally published on Filtermag.

Share:
Tags:County AttorneyDes MoinesJohn SarconePretrial IncarcerationProsecutor
Previous : Native American Man on Life Support After Deputies Beat and Taser Him, and Kill His Dog
Next : Guest Commentary: Women on Wheels – Fun and Empowerment Rolled into One