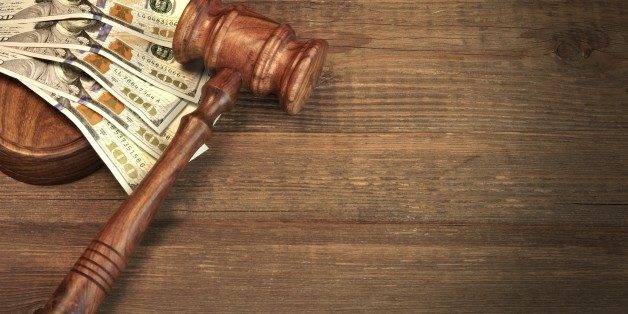 WASHINGTON D.C. – The House Judiciary Committee held a hearing titled “A Fine Scheme: How Court-Imposed Fees and Fines Unjustly Burden Vulnerable Communities” this week, addressing courts’ tendencies to charge defendants amounts they cannot afford and end up having to pay for the rest of their lives, eventually passing the burden onto their children.

Presided over by Democratic Rep. Sheila Jackson Lee, the hearing heard from several witnesses and members of the House of Representatives.

The goal of the hearing was to enact a federal order to decrease defendants’ fees and fines, but Republican Ranking Member Andy Biggs decided to continue to let states handle the issue.

He said, “Many of the states are actually undertaking to address these issues without the interference of the federal government. I would like to see us let that go a while longer. I prefer to see state action. I’m a big

believer in federalism and I believe that we have very limited jurisdiction.”

The events that led to his decision were detailed in the hearing itself, and early on, Jackson Lee said, “I applaud the efforts in the states to eliminate the imposition of fees and fines, but more must be done to remove these barriers to youth rehabilitation. That is why we’re holding this hearing – more must be done.”

The main point made by the witnesses and Jackson Lee was that when defendants are issued expensive court fees and fines, the fines stack up and impact people’s lives negatively. Jackson Lee said even some rehabilitation programs impose fees, creating a cycle and more debt.

Jackson Lee noted this was only for fees and fines, not restitution payments.

Jackson Lee said there is an estimated $27 billion of criminal justice debt in the U.S. She said this impact is felt most by juveniles, weighing down entire impoverished families. She said the debt may push into their adult lives, putting them behind their peers.

Jackson Lee also noted that change is being made, saying state and local governments have recognized the terrible cycle of harm justice-related fees and fines can impose and have begun enacting in central reforms. She said groups across the political spectrum have expressed support for reducing and eliminating the use of fees and fines.

She also noted how these fees can diminish trust in the social system, which was proven by one of the witnesses, Julissa Soto.

Soto has worked for nonprofit organizations for more than 20 years and is a Mexican immigrant who faced unjust fees and fines head-on.

She said her son stole a tube of toothpaste because he thought his family couldn’t afford it, and the court imposed hundreds of dollars in fees on her family, forcing her to take a second job.

Her son was later arrested for possession of marijuana, which she said she didn’t know about because she was never home. She said the fees hit her harder that time and took her years to pay off – she said she’s still paying for it now.

Soto said she also got evicted once because she had to choose between paying those fees or paying her rent.

Angry, she told the court her kids would say to her, “Mom, you were always working. You were never there for us.” She said she felt it was not only punishing her son, but her family as a whole.

Soto said one of the long-term effects of her experience was she didn’t trust the court system and still doesn’t today.

Another witness was former judge Lisa Foster, who is now the co-director of the Fines and Fees Justice Center.

Foster said a fine has to do with violating the law while a fee has nothing to do with that, making a fee a clever rebrand for a tax, which has no place in the legal system. She said everyone should pay for taxes, not only a select few.

She noted there are abusive practices to coerce defendants to pay – they are threatened with imprisonment and stopped from gaining employment, where they’d get money needed to pay those fines.

She said these fees don’t affect everyone equally and they start as a state and local problem, but are now becoming a national problem. Foster also mentioned fees and fines can drive crime.

Foster mentioned a scenario that completely changed how everyone was looking at how the court fees and fines are administered.

Foster said when courts impose fees, rather than looking at what their economic circumstances are, the court just imposes a flat amount. When asked if she thinks fines should be assessed at a percentage of a person’s income, she said she thinks it would make a lot of sense.

This seemed like the most applicable solution, and discussion continued, including questioning of the witnesses.

Professor Alexes Harris was another witness, teaching at the University of Washington and specializing in studying the impact of juvenile fees.

Professor Harris said, when someone doesn’t pay a fine or fee, they get a warrant issued.

She added, “A recent study found that Black men have a 1 in 1,000 lifetime risk of being killed by police… so this warrant related to nonpayment increases the likelihood of interactions with police, (which) increases fear, anxiety, trauma and even the possibility of death in our communities.”

Professor Harris also mentioned defendants receive monthly bills from the court, and for many people, that bill increases because of payment, costs, collection fees and interest.

“When that bill keeps coming and people feel like they’re drowning, it creates a great deal of emotional stress and strain on families and children, where some people say… they’re afraid to go outside, because they’ll be arrested. It creates this tethering to the criminal legal system where people have to constantly report – they have to miss work to report to court to sit in the courtroom all day.”

Professor Harris said, “It will put strain on garnishment of your wages, and even income checks can be taken for payment in many jurisdictions, so it’s a great deal of economic, emotional, health and criminal legal stress for individuals and their families.”

Witness Amanda Woog is the Executive Director of the Texas Fair Defense Project, a legal organization that fights to end the criminalization of poverty, and she noted how people she works with every day also carry a great deal of stress.

Woog said some of her clients have had their driver’s licenses suspended and that the effects have been absolutely devastating. She said those people either isolate themselves or risk driving illegally, which then exposes them to warrants, jail time and family separation.

Woog said, “That stress and fear is internalized, regardless of how someone deals with that situation, and it’s absolutely toxic for individuals, their families and their communities.”

On the other hand, Woog noted some local reforms she has seen, such as how under Texas law, defendants have the option for waiver, reduction or community service to replace paying fees and fines.

Democratic Member Karen Bass described how children must go to jail when their parents can’t pay a fee and asked exactly how many children end up being incarcerated. Professor Harris answered by frankly stating the research hasn’t been done yet and the data regarding that is bare.

She argued when people have this debt, it significantly increases the likelihood of recidivism and the debt leads to youth reoffending in their communities.

Later, when Foster was asked what kinds of constitutional rights were implicated in the current imposition of fees and fines, she answered by stating three rights: equal protection, right to counsel and due process.

At one point during the hearing, Soto said, “I felt that my son and I were clear that… we couldn’t pay these fines. I was also offering to clean the courthouse or do some community service hours with him because we did not have the money.

“But” she continued, “it seems that the system is set not to listen to communities of color. I feel that we get punished more because of our color… I felt that my son and I were isolated through the system.”

Near the end of the hearing, Democratic Member Val Butler Demings emphasized how it’s important to hear the personal stories because of the power they have and the impact they make.

She gave Soto another chance to speak. She said “We’re deteriorating children of color and I feel that all these fees and fines are just a way to oppress our children of color. I certainly believe that if we look at (a) person’s income and base out of their income…I have no problem with that.”

“I feel that that will be the solution, but not the same fines for all. I just don’t think that everything applies to all and I do feel that children of color get harsher punishments than children who are Anglo or another race or ethnicity,” she added.