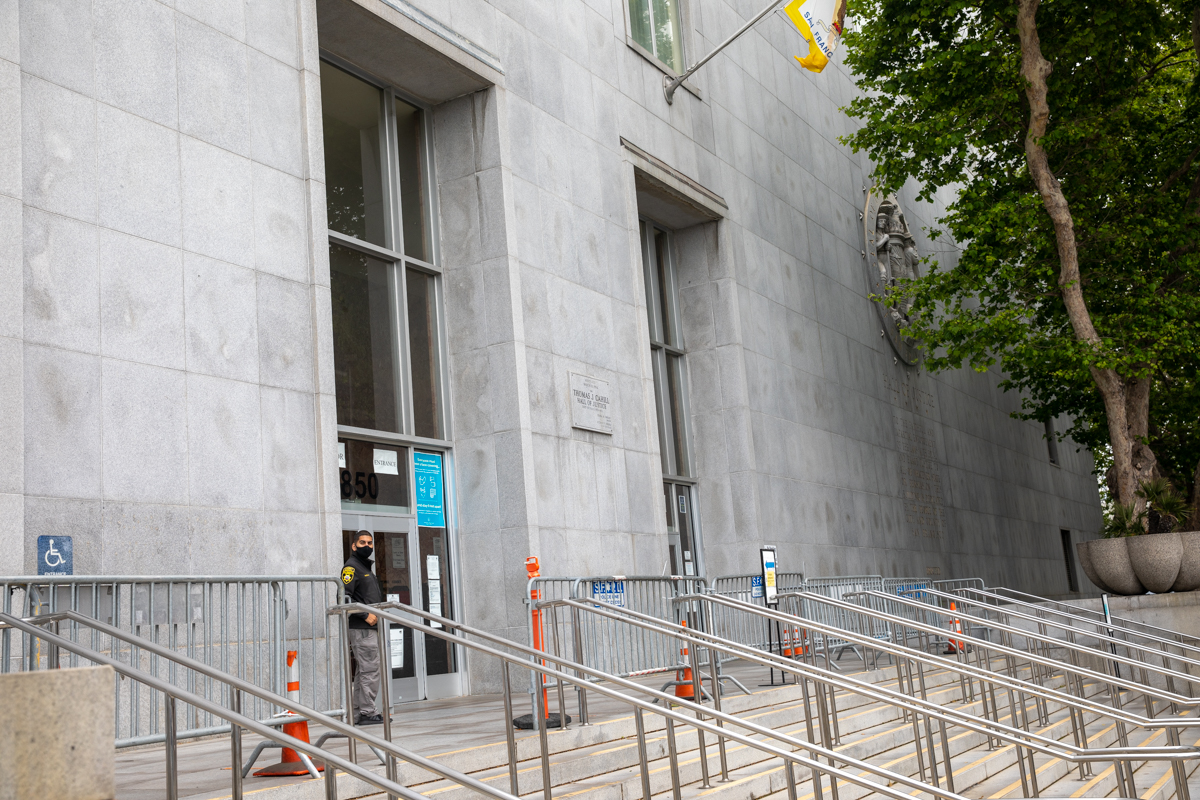 SAN FRANCISCO, CA — Defendant Robert Lewis—accused of a hate crime after allegedly assaulting a bus driver who asked him to wear a mask—appeared for arraignment in San Francisco County Superior Court, Dept. 12, on Monday afternoon.

Lewis pleaded not guilty to the charges.

According to the police report, Lewis was riding the bus without a mask or face covering. The driver took notice of this and insisted he put one on, as required by COVID-19 protocol for public transportation.

The prosecutor claims that this request “enraged” Lewis. The defendant allegedly threatened the bus driver with a large box cutter and spat on him as he exited the vehicle. Additionally, video surveillance captured Lewis shouting racially charged slurs at the victim, who identifies as Asian-American.

“Go back to China, you don’t belong here […] You brought the virus to the U.S.,” the defendant allegedly said.

The defendant has three convictions, two felonies, and is currently on felony probation from a previous charge. According to his attorney, Lewis “has been in this courtroom numerous times.”

The prosecutor filed a motion to detain the defendant.

“I see a bunch of violence in his criminal history. Mr. Lewis apparently tried to attack the driver for the mask mandate. We did allege a hate crime […] He’s a public safety risk,” argued the prosecutor.

While Judge Alexandra Gordon and the prosecutor discussed his charges, Lewis tried to personally address the court and speak on his own behalf. The defendant appeared frustrated in his seat—shaking his head, raising his hand, and interrupting the proceeding on various occasions.

Judge Gordon explained to the defendant that she hasn’t yet formed an opinion and wants to hear all of the information, but “now is not the time” to explain his side of things.

The judge advised the defendant to speak with his attorney privately rather than with the entire courtroom.

Judge Gordon did not set a bail amount and ordered Lewis to stay at least 150 yards from the victim. Lewis will remain in custody, and his next hearing will take place on July 29 in Dept. 12.