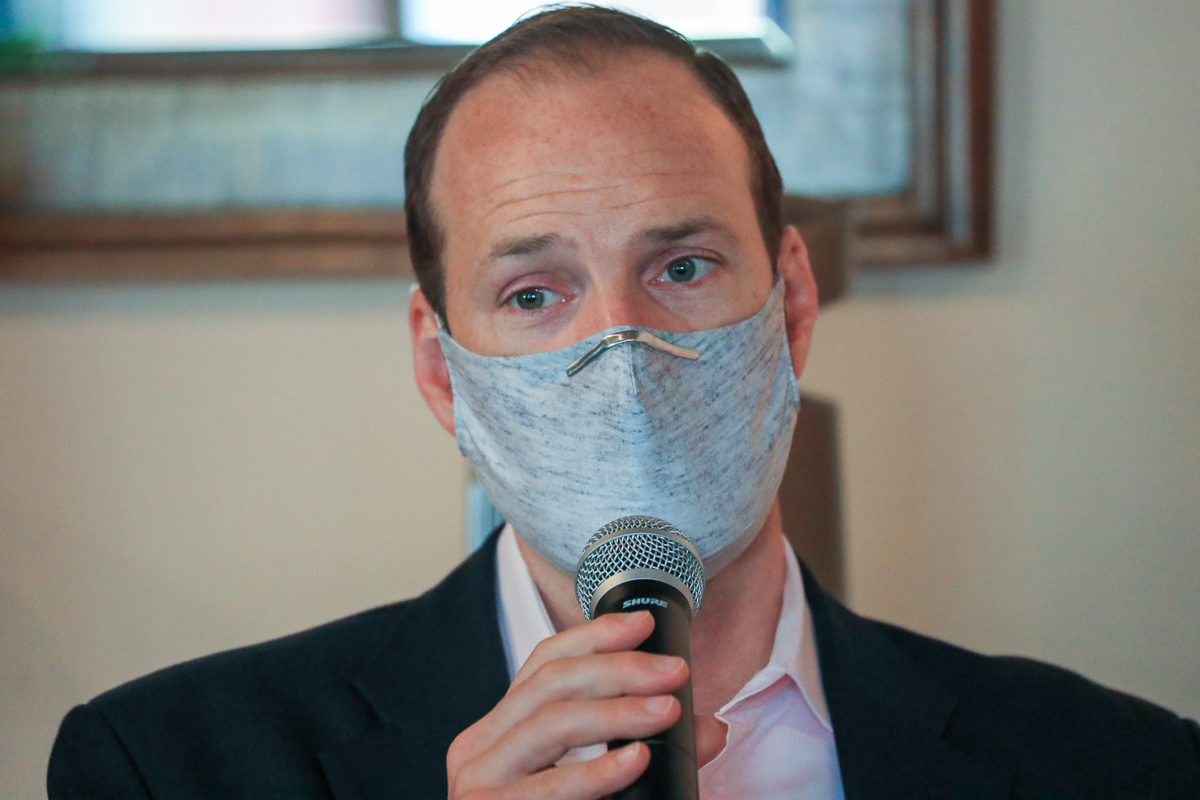 SAN FRANCISCO, CA- A recent panel with Tanya Mera, Director of the Jail Behavioral Health and Reentry Services Program of the San Francisco Department of Public Health, and others discussed the idea of approaching this behavioral health “crisis” and what we can do to ameliorate the system.

The idea of the public health system failing individuals with mental and behavioral health disorders began with a letter sent in by a concerned Mother. She had a son who had ongoing psychosis and delusions for the last two years, and was being treated with little medication at a for-profit institution.

The family had racked up a total of $752,000 dollars of medical and treatment bills. The altercation occurred when the boy was arrested in a drunk incident where he kicked someone’s car. The owner pressed charges and the boy was taken into custody, with no care toward his mental health or the fact that his alcohol use was driven by his psychosis.

The mother believed the criminal justice system, “uses the jail as a cheaper overload facility for those with serious mental illness” and is unable to recognize that, “some people need to be kept in an acute inpatient

locked facility and forced to take medication, even if they do not want to”.

Tanya Mera’s response to this was compassionate, yet succinct. She talked about how her department is in charge of all early assessments upon booking and long term care for patients who come into the system.

The department is in charge of providing psychiatric housing units, medication management and therapists and psychiatrists for those who require it, although many refuse the care even when they require it.

She further elaborated that the commonly talked about statistic of “75 percent of inmates having serious mental and behavioral disorders” is inaccurate. In fact the real number for an annual year is around seven percent of inmates who have persistent mental health illness.

As of right now, 233 individuals are on psychotropic medication and that is around 30 percent of the total jail population.

Mera believes that it’s easy to blame mental health as the reason for why people end up in the prison system, but the real issue lies deeper.

She said, “Behavioral health and substance use disorders are not necessarily the biggest predictors of criminal justice involvement, […], the biggest predictors are more difficult to fix, and people don’t focus on things like poverty, racism, a poor educational system,” speaking to the disproportionality within the system.

She elaborated, “Someone should not have to commit a felony to get into treatment they need,” explaining that her team assists in post-jail care as well, helping coordinate the care individuals might need.

She noted that the supervision provided by probation and the services her team connects individuals have also been fairly effective at making individuals follow their treatment plan, even if the methods are somewhat coercive.

However, Mera diagnosed the problem illustrated by the mother’s letter not as one belonging to the criminal justice system, but rather as belonging to antiquated laws that make it too difficult to involuntarily hospitalize people in need of treatment.

Although she acknowledged that it’s hard for her to argue against the philosophy of patients’ rights, she pointed out that many people that may be a danger to themselves or others cannot be forced into treatment unless they have committed a felony.

The second speaker on the panel was a caseworker at the Mentoring and Peer Support Projects in the San Francisco Department of Health working on their Master’s degree in social work, despite having been homeless and using substances himself as recently as 2014.

He recounted how he was suffering from a major mood disorder and drug addiction, which led to stealing to get by and being in and out of jail.

However, he attributed turning his life around to two key factors.

The first was getting access to services that kept his basic needs met. As he said, “I could never really get ahold of my mental health or my substance use, or even find proper housing because I was caught in a cycle where I would be arrested for what I call quality of life crimes,” after which he’d be removed from his shelter and lose contact with his therapist.

The second factor he attributed his recovery to was a collaborative court program of behavioral health, where he received medication and knowledge about his mental health, which gave him a “foundation for how [he] wanted to experience life.”

The third speaker was Mark Salazar, the executive director at the Mental Health Association of San Francisco, an organization that focuses on peer support for people who have mental health challenges.

He reiterated that having stable housing is key to being able to overcome mental health issues. However, he pushed back on Mera’s argument for a less stringent process for involuntary hospitalization, cautioning that conservatorship laws can be rife with abuse.

He also noted that stigma is a huge issue in the area of mental health, and can cause people to not seek health out of shame or fear of judgement.

6 thoughts on “Mental Health and Criminal Justice System: Can One Predict the Other?”