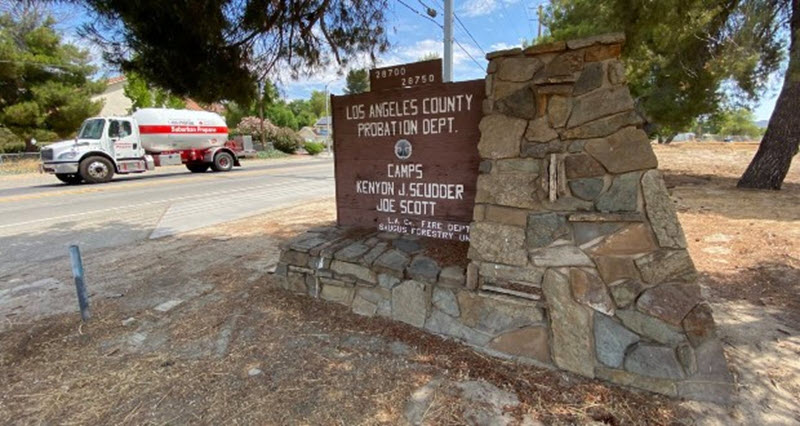 LOS ANGELES, CA – A motion instructing juvenile detention facilities, Camps Joseph Scott and Kenyon Scudder, both located in Santa Clarita, to be renovated within 90 days so that the facilities can be used by this juvenile offender population was brought last week by LA County Supervisors Sheila Kuehl and Holly Mitchell.

The motion directs the county to “ensure that the appropriate renovations are made within 90 days to be safe and ready for use.”

The move was introduced after the signing of Senate Bill 823 which requires counties to create a subcommittee, known as the Division of Juvenile Justice, to develop a plan describing the facilities, programs, placement and strategies needed to provide appropriate rehabilitative and supervision services for the juvenile population.

If the motion is approved, the county will adopt a state subcommittee’s recommendations to move violent youth offenders to the Santa Clarita facilities, which were originally designed to host

Last month, the Los Angeles County Division of Juvenile Justice (DJJ) subcommittee submitted a report recommending the use of Camps Scott and Scudder as long-term holding facilities for all male offenders countywide.

However, Santa Clarita residents have been raising concerns over the motion.

Jon Hatami, a Santa Clarita Valley resident and a deputy district attorney for Los Angeles County, called out Supervisors Mitchell and Kuehl for proposing to adopt the state subcommittee’s recommendation, saying the supervisors “don’t live in or govern our community,” and that they did not consult with “Santa Clarita residents, homeowners, families, law enforcement or the city.”

Other local Santa Clarita residents also expressed that the county would be moving people with violent tendencies to a residential area, the area was surrounded by a lot of brush prone to vegetation fires, and that there had not been adequate time to process the information.

Supervisor Kathryn Barger, who represents Santa Clarita and north Los Angeles County, also expressed concerns. Michelle Vega, a spokeswoman for Barger mentioned how “the supervisor wants to make sure that the community has the opportunity for input, that she has the opportunity to provide input (and) that this is a transparent process.”

On June 23, the Santa Clarita City Council unanimously voted to oppose the plan, adding there were “no efforts made” by the County DJJ Subcommittee in engaging with members of the community.

Due to the local resident’s concerns and concerns raised by county officials, a vote to approve the motion was delayed July 7 by the Los Angeles County Board of Supervisors.

Barger mentioned that she will be looking into alternative sites to house the offenders, including three other camps in Los Angeles County.