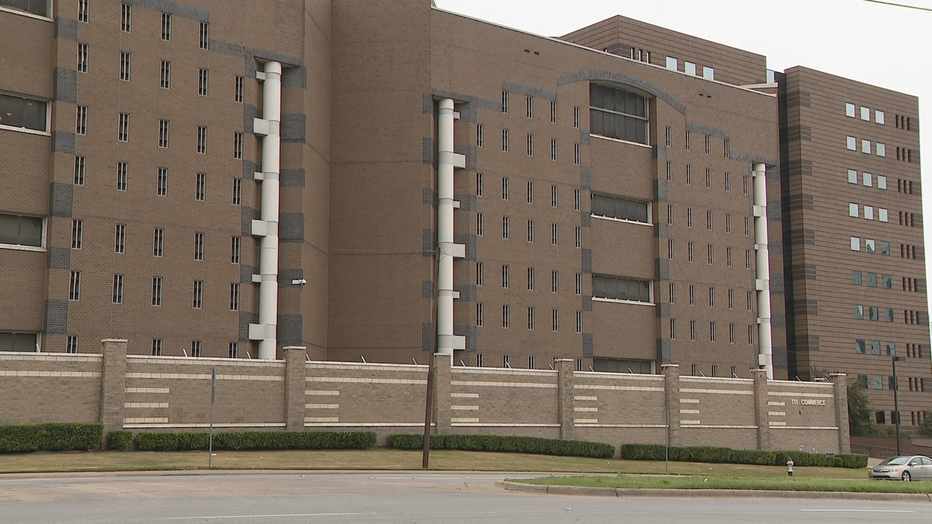 DALLAS, TX – In late April 2020, shortly after the start of the COVID-19 pandemic, the American Civil Liberties Union (ACLU) of Texas and its partners filed a federal class-action lawsuit against Dallas County Sheriff Marian Brown in U.S. District Court for the Northern District of Texas.

The lawsuit was continued again in July.

Representing nine plaintiffs, the filing comes in light of more than 30 individuals in the jail testing positive for COVID-19 back then. The lawsuit accuses Sheriff Brown and her department of failing to take proper action in order to protect incarcerated people from the novel virus.

Ideare Bailey, one of the nine plaintiffs, testified that when he was arrested for property theft and landed in the Dallas County Jail on April 6, he was not provided with a mask despite being forced to live in close proximity in a dormitory with 60 other people. He also had no feasible way to stay apart from the men coughing in the dorm.

When Bailey inevitably got sick, the medical staff not only refused to take his temperature until three whole days later but also were negligent of his aftercare after his positive COVID-19 diagnosis.

Allegedly, they only gave Bailey a mask soon after he tested positive and just gave him Tylenol to cope with the side effects. They did not administer insulin for his diabetes nor check his oxygen levels.

Other plaintiffs have also spoken out on how during the pandemic the jail did not provide access to soap and cleaning supplies, had a constant shortage of food and blankets, and were inconsistent in giving out basic supplies like toilet paper.

The lawsuit is asking the District Court to immediately remove medically at-risk people from jail and ensure that the jail establishes proper health protocol to combat the virus spread, such as providing sufficient cleaning supplies, testing regularly, and enforcing physical distancing.

At the filing of the lawsuit, Alison Grinter of the NGAN Legal Advocacy Fund stated that the COVID-19 pandemic “will spread faster and hit harder in our jails and [the court] must take action now to prevent needless deaths.”

Terri Burke – former executive director of ACLU of Texas – also commented, “People’s lives are at stake … and [we are] asking the court to take immediate action. We [must make] sure that our vulnerable loved ones in jail don’t get left behind and have a way out.”

However, reality often does not meet expectations.

The case has been pending for more than a year now and a trial was initially scheduled to take place on July 27. But, citing the need for the court to shuffle through an increasing backlog of motions, U.S. District Judge Ada Brown ordered the postponement of the upcoming trial and has yet to set a new date.

In light of this delay, objections have obviously erupted from ACLU of Texas and advocates of their lawsuit.

ACLU of Texas staff attorney Brian Klosterboer stated that “this is a lawsuit that could be resolved if the county takes some small steps to keep people safe in jail” and the million dollars spent fighting the lawsuit could have gone into actually solving the growing health crisis in the jail.

Jails and prisons are generally accepted as one of the most dangerous places amidst the pandemic as the outbreak of the virus is much stronger in their facilities. Dallas County Jail is no exception because during November last year, it was already one of the worst hotspots for the disease in the country.

A study by the Lyndon B. Johnson School of Public Affairs at the University of Texas found that incarcerated people in Texas jails and prisons tested positive at a rate of 490 percent higher than the state’s general population.

Evidently, according to an ACLU of Texas statement earlier this month, the situation in the Dallas County Jail has not improved much since the filing of the lawsuit in that it “still does not provide comprehensive testing for COVID-19 … [and even] failed its annual inspection for the first time in years … due in part to a failure to provide soap and hygiene products [to detainees].”

As of May 2021, it has also purportedly administered vaccines to, at most, just 25 percent of the jail’s population.

The postponement of the lawsuit also comes at an untimely period – the Delta variant is causing a resurgence of COVID-19 cases and hospitalizations statewide. This can “put inmates at heightened risk” of contracting the virus as Klosterboer noted.

In response to the court’s order, a Dallas County District Attorney’s Office spokesperson said by email that their office “has no comment regarding the pending litigation and will await further rulings from the court.”

On Wednesday, the ACLU of Texas declared on Twitter that despite this setback, it “will continue to advocate for [the] safety and dignity” of people in jails, prisons, and detention centers.