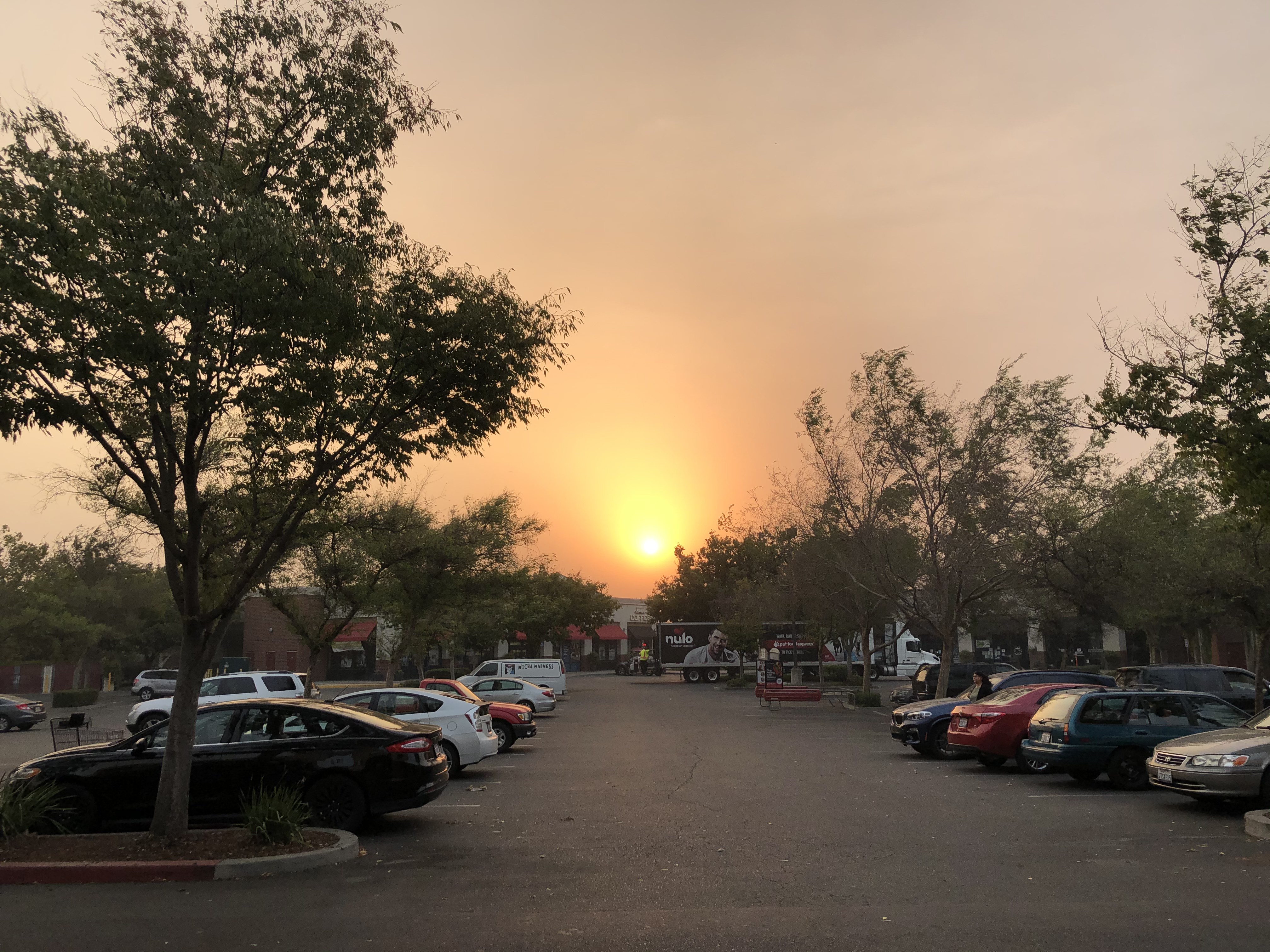 In a way, the latest report from IPCC (Intergovernmental Panel on Climate Change) this week states the obvious.  We need only look outside, see our own community, our region, to see the massive changes wrought by climate change.  It is no longer deniable and yet—it is.

The irony is that those who wish for this not to turn civilization on its head are making it more likely that this will be the case—through inaction.

They add, “Human-induced climate change is already affecting many weather and climate extremes in every region across the globe. Evidence of observed changes in extremes such as heatwaves, heavy precipitation, droughts, and tropical cyclones, and, in particular, their attribution to human influence, has strengthened since the Fifth Assessment Report (AR5).”

The impact could already be irreversible but it will continue unless interceded.

“Global surface temperature will continue to increase until at least the mid-century under all emissions scenarios considered. Global warming of 1.5°C and 2°C will be exceeded during the 21st century unless deep reductions in carbon dioxide (CO2) and other greenhouse gas emissions occur in the coming decades.”

They warn that many of these changes “are irreversible.”

Maybe it’s not all bad.  After all, we have lived through the hottest July on record in California not to mention on this planet, an unprecedented heat wave in the Northwest that SHATTERED previous highs, raging fires among the biggest in recorded history—and that’s just in our small area of the world.

Are we doomed?  Probably.

But the IPCC report does suggest a way forward to alleviate some of the more devastating projections.

At its base: “From a physical science perspective, limiting human-induced global warming to a specific level requires limiting cumulative CO2 emissions, reaching at least net zero CO2 emissions, along with strong reductions in other greenhouse gas emissions. Strong, rapid and sustained reductions in CH4 emissions would also limit the warming effect resulting from declining aerosol pollution and would improve air quality.”

The IPCC also describes the impact of methane—a pollutant that is actually short-lived and scientists believe its reduction could have immediate climate benefits.

Writes Fred Krupp of CNN, “It shows that methane pollution from fossil fuel operations, agriculture and other activities is responsible for more than a quarter of today’s warming.”

He adds, “The good news is cutting this pollution also represents the fastest way to slow the rate of warming. We know how to cut methane pollution quickly and cheaply, allowing us to make crucial progress while we continue to decarbonize our energy systems.”

Krupp further notes that a team of scientists from Princeton, Duke, Penn State and Texas A&M Universities and the Environmental Defense Fund published groundbreaking research showing that “a rapid, full-scale effort to reduce methane pollution could slow the worldwide warming rate by as much as 30%.”

In fact, they estimate we could reduce emissions by half in this decade which could prevent about a half degree warming by 2050.

In his executive order issued his first day in the office, President Biden is “proposing new regulations to establish comprehensive standards of performance and emission guidelines for methane and volatile organic compound emissions from existing operations in the oil and gas sector, including the exploration and production, transmission, processing, and storage segments, by September 2021.”

That would restore standards that were revoked by his predecessor.

Moreover, the EPA will propose stronger standards in September that would include tens of thousands of existing facilities excluded under the old policy.

People are quick to blame politics for the failures to mitigate climate change.  And they aren’t wrong.  But there are other factors at work including the boiling frog phenomena.  The saying goes if you put a frog in boiling water, it will simply jump out, but if you put it in warm water and slowly heat it up, he will die before he realizes he is in trouble.

If we jumped in the pot now, we would know we were in trouble.  But because this has taken 40 years to ramp up to this point, it’s been harder to detect.  But it seems pretty unmistakable at this point.

The other problem has been the enormity of the concern.  Focusing on methane is a much shorter fix, a more immediate bang for the buck that can make a tangible difference.

Krupp goes on to point out that the “administration should reengage with Canada and Mexico around our 2016 agreement to cut oil and gas methane pollution 40-45% by 2025, and raise that bar to 75% by 2030.”

Moreover, he notes, “the European Union is contemplating a methane standard for natural gas encompassing the imports that supply 85% of the continent’s demand.”

There was other good news, when Biden and Putin met recently, as they seemed to agree just on one thing—“the need to step up on climate action, and said they would work together to tackle the challenge.”

Those are the world’s second and sixth biggest polluters.  They alone cannot solve this problem.

But Lola Vallejo, the climate program director at the Institute for Sustainable Development and International Relations, noted in July this marked a big deal.  “In terms of climate action, [Russia] is usually seen as a blocker in international negotiations.

“So even if, at this stage, it’s merely a change in discourse, it’s still positive that there is such a high level conversation on the importance of climate change and a reaffirmed commitment.”

But critics will rightly point out that’s not enough.  We need China on board.  No doubt.  But there is a flaw in the wait for China plan.  One is that it becomes a reason for inaction.  Two is that we can get things moving in the right direction in the meantime.  And third, getting Russia on board is a big step toward the change we need.

For a long time, Russia was one of the countries pushing back.  Putin even joked that global warming would allow Russians to spend less on fur coats.

But while rising temperatures has helped to open shipping routes for Russia, it has also begun to see the impact of climate change firsthand in Siberia—and it’s been devastating.

One report notes that a “2010 heat wave caused 55,000 deaths in Russia, a 25% drop in annual crop production and a total economic loss of more than $15 billion,” according to a study by the University of Oxford.

Melting permafrost in Siberia is causing huge problems, fires and worse.  Those fires have costs billions to the Russian economy.

“The impacts of climate change have become far more pressing and acute and obvious to even those governments that were not necessarily minded to pay attention to them,” Vallejo said, “and while it’s hard to say how sincere [Russia] is and how much the actions are actually going to move forward, it’s fair to say that there’s probably a more authentic sense of urgency and alarm regarding climate change.”

That’s a start, but can we get the rest of the US on board?  That seems a harder sell still and many continue to scoff at the notion of human-generated climate change—with all evidence to the contrary.

Share:
Tags:Climate ChangeIPCCMethanePresident Biden
Previous : Commentary: Scratch Below the Dog and Pony Show and It’s the Same Ol’ Reisig
Next : Trio Accused of Stealing Catalytic Converters Released Pretrial – For Now; Can’t Talk to Each Other

One thought on “Commentary: The IPCC States the Obvious, but Too Many Have Their Heads in the Sand”