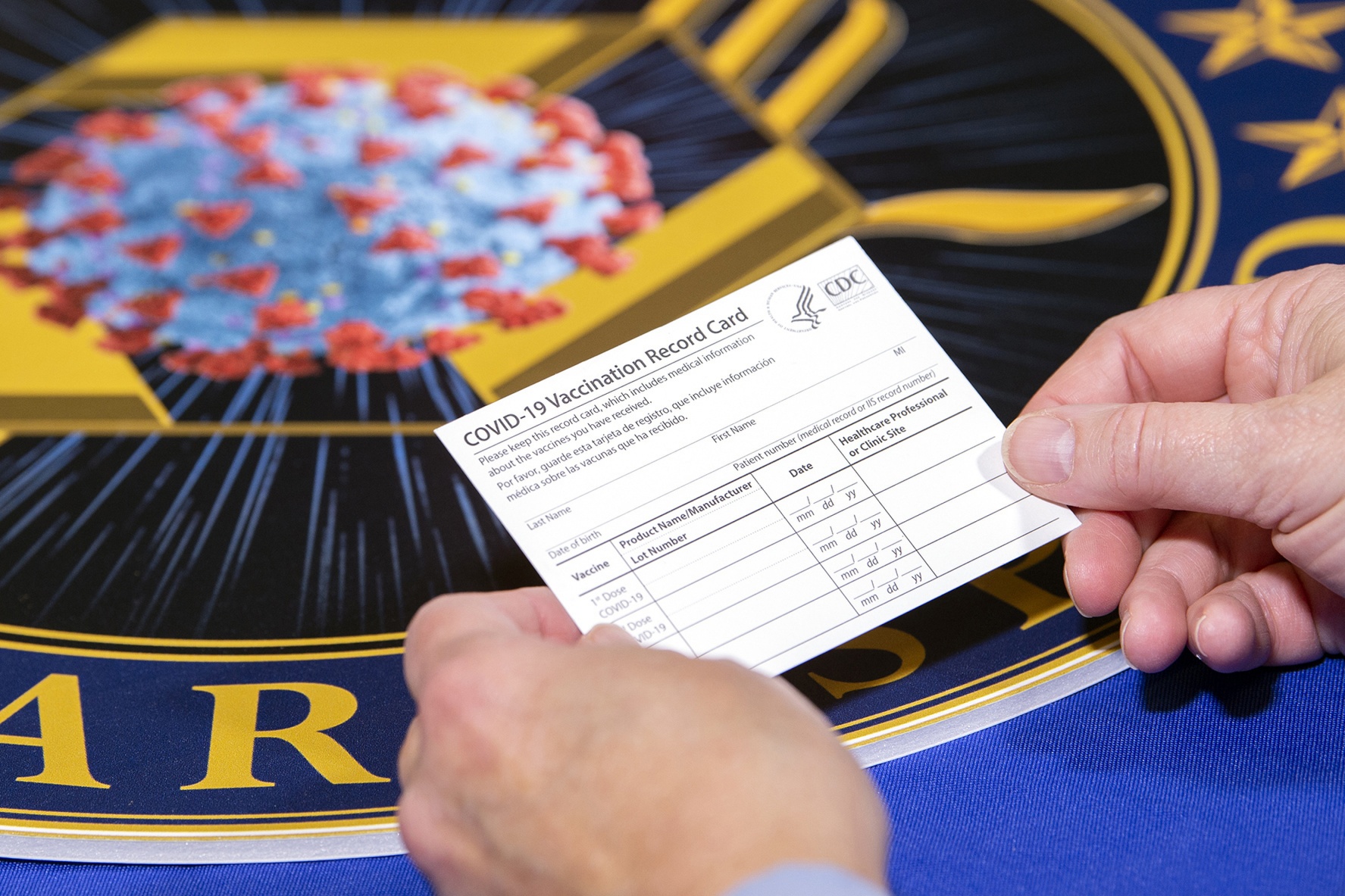 The first shoe fell on Tuesday in New York City.  And yes, it was quickly overshadowed by the governor’s harassment charges (and President Biden’s correct call to ask him to resign), but the more important news is that New York City will require proof of vaccination to enter all restaurants, fitness centers and indoor entertainment venues.

And just like that the first domino has fallen.  I fully support New York’s move.  I hope it comes to California.  Nothing worse than trying to work out in a mask because some people think the

rules don’t apply to them.

Look, if people don’t want to vaccinate that is probably their choice and their right.  But we have forgotten that rights come with responsibilities and sometimes they come with tradeoffs.  More and more employers are going to mandate it.  And, as far as I’m concerned, if you choose not to protect yourself, your family, that is your right—but you don’t have the right to endanger me and my family.

And no, I’m sorry, just because I’m vaccinated, it does not mean I am protected from your arrogance.

Coincidence?  I think not.

An Axios poll released yesterday had some very interesting findings. 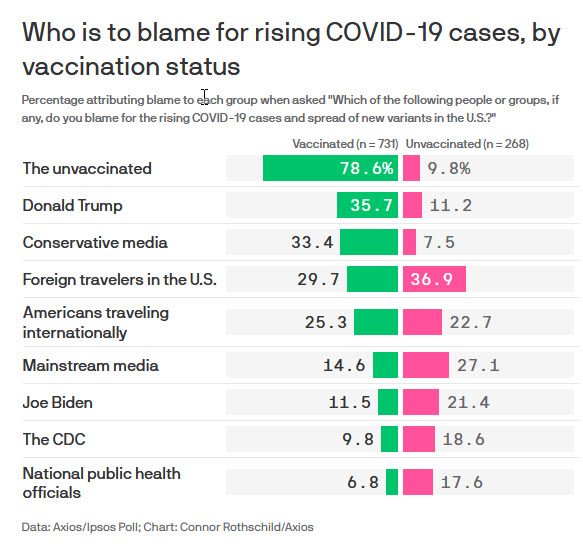 Overall, “Americans place the most blame for rising COVID-19 cases and the spread of new variants on the unvaccinated, people from other nations traveling to the U.S. and Donald Trump.”

But when you break it into vaccinated and unvaccinated, you get some interesting dynamics.

The overwhelming number of people who are vaccinated blame the unvaccinated for rise.  About 36 percent also blame Donald Trump, while about one-third blame the conservative media.  Only 11.5 percent blame President Biden.

Among the unvaccinated, the conclusion is really all over the board.  Foreign travelers, traveling Americans, the mainstream media—and of course President Biden.

Axios found: “The unvaccinated aren’t so sure who to blame — and are far more likely to buy into conspiracy theories involving the media or President Biden.”

“If this had happened 30 or 40 years ago, we wouldn’t have the same problem,” but “we’re in a world that’s extremely polarized,” Young said.

“We’re dealing with a serious misinformation wall at this point that’s clouding facts” for a “recalcitrant group … The only way to get to them if you’re going to get to them is hard policies, hard mandates.”

A scary poll, however, just came out this morning. 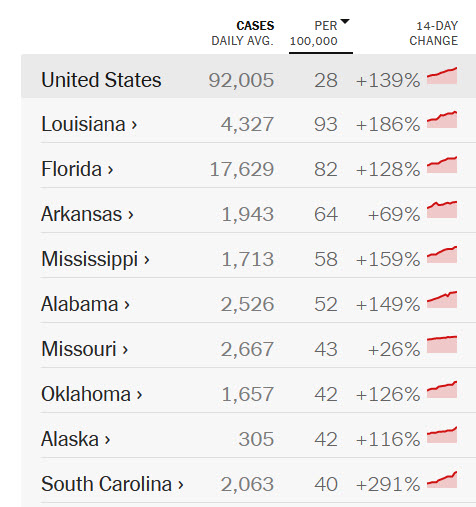 It’s a slight majority, but it’s still there: a majority of unvaccinated adults believe that the vaccine poses a bigger risk to their health than COVID, this according to a new poll from the Kaiser Family Foundation.

Fifty-three percent of unvaccinated respondents think getting the vaccine is a bigger risk to their health than the virus itself.

Seventy-five percent of people who said they would “definitely not” get the shot think the COVID vaccine is a bigger risk.

By contrast, 88 percent of vaccinated respondents said the virus poses a greater threat.

The numbers overall are not that encouraging either.  About two-thirds of all adults have reported getting the vaccine.

The poll found that 14 percent said they would definitely not—unchanged from the last poll in December.  Ten percent are taking the wait-and-see approach, but eight percent of all adults expect to get vaccinated by the end of the year, and that could sufficiently close the gap on the wait-and-see.

This is why I am increasingly of the view that for entertainment or travel people should be required to show proof of vaccination.  Don’t like it—don’t go.  Don’t put the rest of us at risk.

Share:
Tags:CoronavirusVaccinationVaccination Cards
Previous : ‘1170(d)’ Not Just for Reform-Minded DAs – Broad Coalition Looking into Re-Sentencing in California and Beyond
Next : Breaking News: Saylor Will Not Seek Reelection in 2022

35 thoughts on “Commentary: We Should Follow NYC’s Lead and Require Vaccination Cards”