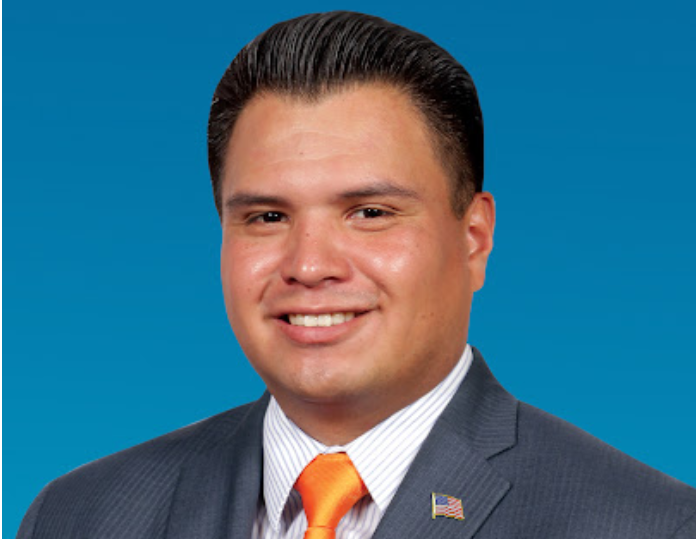 LOS ANGELES, CA – Compton City Councilmember Isaac Galvan and five others were charged Friday for obtaining fraudulent votes in June that was ultimately decided by one vote. Galvan won the election over challenger Andre Spicer at 855 to 854.

Galvan, Jace Dawson, Kimberly Chaouch, Toni Morris, Barry Reed and Reginald Streeter were charged in case BA497713. The criminal complaint states the six individuals “did unlawfully conspire together… to commit the crime of Election Fraud, in violation of Section 18500 of the Election Code, a felony…”

Galvan also faces a count of attempted bribery with the intent to influence an election, being accused of trying to bribe a registrar employee as she was counting ballots on election night.

Galvan and Dawson were arraigned Friday in Dept. 30 of the Foltz Criminal Justice Center. The other four defendants will be arraigned at a later date.

The criminal complaint states Galvan and Dawson worked together to acquire votes to be sure Galvan would keep his seat in District 2. It is also noted that Dawson was a former candidate for the Compton City Council.

Chaouch, Morris, Reed and Streeter were allegedly registered to vote at Dawson’s apartment in Compton, even though they didn’t live there, according to the criminal complaint. The four of them are charged with voting illegally in the election.

The first overt act, as stated by the criminal complaint, happened on Nov. 14, 2020, when Dawson texted Morris a link to a post with the headline “Compton Preparing to Move to an All-mail Election in 2021.” Morris later responded with enthusiasm, writing, “Dr. Jace come for that seat baby!!!”

In the criminal complaint, there were several pieces of evidence in the form of various text messages, mostly exchanged between Galvan and Dawson.

Los Angeles County District Attorney George Gascón announced the charges Friday and said, “Elections are the cornerstone of our democratic nation. We must do everything in our power to protect the integrity of the electorate process and to ensure that elections are free and fair.”

District Attorney Gascón said, “The people of Los Angeles County expect and deserve a government that is free of political corruption at every level.”

Investigation of the case is continuing by the District Attorney’s Bureau of Investigation and the Los Angeles County Register-Recorder/County Clerk’s Office.