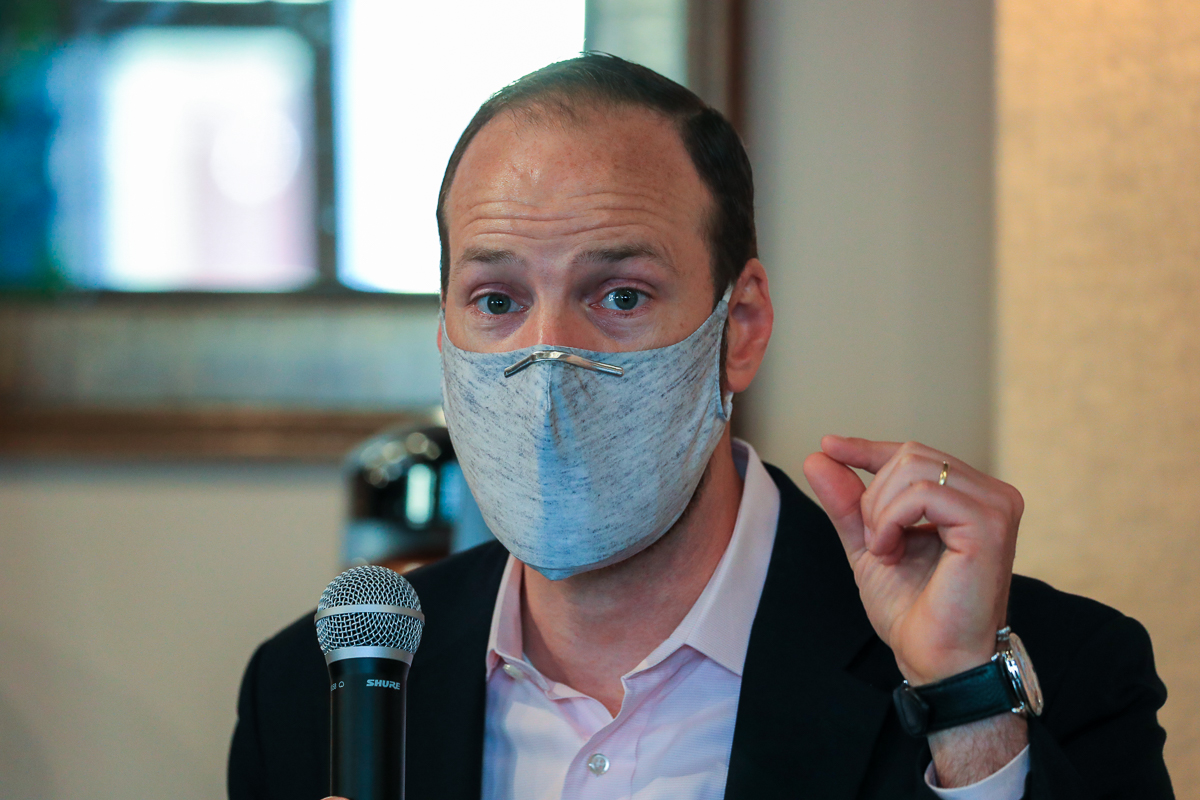 In a New Yorker piece published on July 29, Benjamin Wallace-Wells spoke with Lara Bazelon, a professor of law at the University of San Francisco, and a longtime colleague of Boudin.

“For whatever reason, the people who love Chesa love him with all their heart,” said Bazelon. “The people who hate him want to destroy him. And there’s almost no middle ground.”

The “people who love him” see Boudin as a promising progressive whose stance on criminal justice reform matches their own values. In a time of increased calls to defund the police, Boudin is a new voice that sought to respond and reimagine the justice system in San Francisco.

On the other hand, the “people who hate him,” i.e.: the people backing the campaign, believe that Boudin has not been doing enough to follow through with his own campaign promises.

Richie Greenberg, who started the initial petition for a recall, sits at the Farmer’s Market each Sunday under a sign that reads ‘Recall Chesa Boudin.”

“We don’t have to convince someone to sign this,” Greenberg told Wallace-Wells. “They come over with purpose. They come over angry.”

With shoplifting crimes happening more often around the city, citizens like Greenberg have blamed Boudin for not holding thieves accountable, said Bazelon.

A viral Twitter video posted in June documents one such instance of shoplifting. Taken in a Walmart in San Francisco, the recording shows a man dumping the contents of an aisle into a garbage bag while a security guard was watching.

When asked about the video and why nobody had stopped him, Boudin explained that  “when this particular individual was arrested, and we got the full police history, it turned out that he had been detained by the police previously after another Walgreens incident, and they didn’t arrest him because Walgreens had said they did not want to press charges in that prior case.”

Explanations like these are not enough for Greenberg. Like others funding the recall campaign, they want to see people who are committing crimes to be held accountable, regardless of the context in which they were forced to turn to crime, Bazelon noted.

Despite his opponent’s opinions, Boudin remains firm that public safety is still his first priority. “It doesn’t matter that crime is down”, he says, “people feel less safe. They want to feel safe.”

While Boudin has tried explaining his decisions in prosecuting cases, the media’s criticism has not let up.

“No one wants to be told that their feelings aren’t real or that they need to look at our studies,” said Bazelon.

“But if that’s not effective—what is? And for me that’s the big question Chesa needs to answer if he wants to survive this recall and get reelected,” she continued.

In the midst of this recall campaign, Boudin starts to understand more that he will not be able to appease both sides, and that he has far to go in terms of having his opponent’s vote of confidence.

“The challenge for me and for the progressive grassroots movement is: How do you step back and stop doing something you know isn’t helping, when other parts of city government aren’t stepping up to fill the void?” asks Boudin.