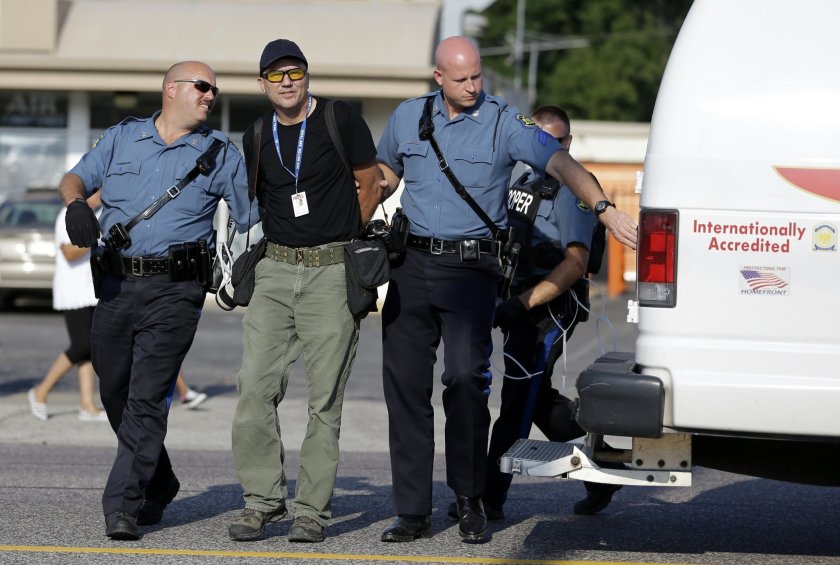 Back in the mid-90s, I spent a summer in Washington working for People for the American Way.  My job was to monitor right-wing communications and create a report countering arguments at that point aimed at defunding the National Endowment For the Arts.

It was a crazy thing – all of these right-wing, Christian groups would complain about inappropriate funding of supposedly obscene art by delivering to their audience very graphic descriptions of these art pieces.  There was high irony there.  Spending a day wading through that material, I felt like I needed a shower just to clean off the filth.

My efforts were successful, my report was circulating throughout Congress and Senator Tom Harkin actually read the full report into the Congressional Record.

At the same time I was doing that, I became VERY familiar with right-wing publications.  This was right around the time that Fox News had launched but before it was really on people’s radar.

Nevertheless, I remember reading material from Brent Bozell who was heading up the Media Research Center, he spent his day writing daily reports that got emailed out which identified sources of media bias.  But it wasn’t necessarily media bias they were highlighting, rather they were highlighting many cases where the media was not toeing the right-wing line.

At one point – because I was me – I caved to temptation and emailed him and asked him if his recommendation was really to replace news that he thought was leftward biased with news that was utterly right-wing.

To my astonishment, he actually responded and said that his goal was actually just to gain awareness and provide for some balance.

What has happened over the next 25 years is that Fox News has increasingly filled that void – providing the so-called balance but actually it tipped media coverage pulling a huge audience of right-winger listeners into its orbit and feeding them the kinds of things that the Brent Bozell’s wanted to hear 25 years ago on a daily basis.

The left has been exceedingly slow to catch up to this.  The danger here is illustrated with kind of the twin crises of 2020-21 – COVID and the 2020 Election and aftermath.  One of our readers noted that distrust of the government is driving some of the vaccine hesitation, but a bigger driver has been the non-stop news cycle from the right.

The last poll I saw – something like 70 percent of Republicans believe that Trump rightly won.

I have been particularly critical of journalism in the Trump era.  Basically, the media in my view never figured out how to cover Trump.  For the most part, they attempted to fact-check him – which wielded a treasure trove of stories on his misstatements and outright lies.  But it left him untouched by his supporters who are (a) watching Fox News and (b) skeptical of mainstream media for reasons both legitimate and illegitimate.

During his tenure, I would speak to a lot of Trump supporters and their views were: (a) we know he’s not a nice guy, (b) we know he sometimes stretches the truth, but both sides do, (c) we don’t care because he does what we want him to do.

As Margaret Sullivan points out in her column last week in the Washington Post, Trump didn’t exactly invent any of this stuff.  He may have perfected it though.

Sullivan cited a 2012 op-ed by Norman Ornstein and Thomas Mann about “the rise of Republican Party extremism and its dire effect on American democracy.”

She noted that while they did not use the now-in-vogue terms “both-sidesism” or “false equivalence,” they did lay out the problem with “devastating clarity.”

They write: “We understand the values of mainstream journalists, including the effort to report both sides of a story. But a balanced treatment of an unbalanced phenomenon distorts reality. If the political dynamics of Washington are unlikely to change any time soon, at least we should change the way that reality is portrayed to the public.”

This is exactly the problem.  There is really not another side to issues like the 2020 Election, COVID, and other issues like Climate Change.  But mainstream media values force a false equivalence.  Reporters are supposed to dutifully balance an official statement that there was no election fraud with a claim that there was.

I think mainstream journalists are kind of stuck and the more intelligent ones kind of realize it.

Then I get alarmed by columns like Jonathan Turley’s this morning, he’s a Professor of Law at George Washington, a Free Speech advocate and more centrist than most.

He also mentioned the firing of Lauren Wolfe, who “was fired for saying that she had “chills” in watching Biden land at Andrews Air Force base.”  Turley writes, “Wolfe later penned a column declaring “I’m a Biased Journalist and I’m Okay With That” — a full-throated endorsement of the new journalistic model of open bias and advocacy.”

Turley worries that things have gone too far, with “journalism deans writing to reporters for them to be advocates to protect the subjects of news stories.”

He calls the move “consistent with the writing for Stanford journalism professor Ted Glasser.”  Glasser, he says, insists that journalism needed to “free itself from this notion of objectivity to develop a sense of social justice.”

Glasser, Turley writes, “rejected the notion that the journalism is based on objectivity and said that he views “journalists as activists because journalism at its best — and indeed history at its best — is all about morality.”  Thus, “Journalists need to be overt and candid advocates for social justice, and it’s hard to do that under the constraints of objectivity.””

Turley concludes: “The question is who will be left to “protect” journalism. The abandonment of the tradition of neutrality for reporters will hasten the decline of American journalism.  Polls show trust in the media at an all-time low with less than 20 percent of citizens trusting television or print media. Yet, reporters and academics continue to destroy the core principles that sustain journalism and ultimately the role of a free press in our society.”

If the public trusts the media at an all-time low, maybe it has something to do with the 25 years of Fox blasting the mainstream media and Trump forcing the media to pick facts and accuracy over balanced coverage?

I don’t disagree that there is a problem here but he is picking on the response not the instigator.  He is equivalent to the ref who hits the guy with a flagrant for punching the player in his throat while missing the initial punch.

25 thoughts on “Monday Morning Thoughts: The Demise of Journalism Started Long Before We Ever Heard of Advocacy Journalism”